Baseball
Baseball
ETSU at The Citadel | May 05, 2017
BoxscorePlay-by-Play 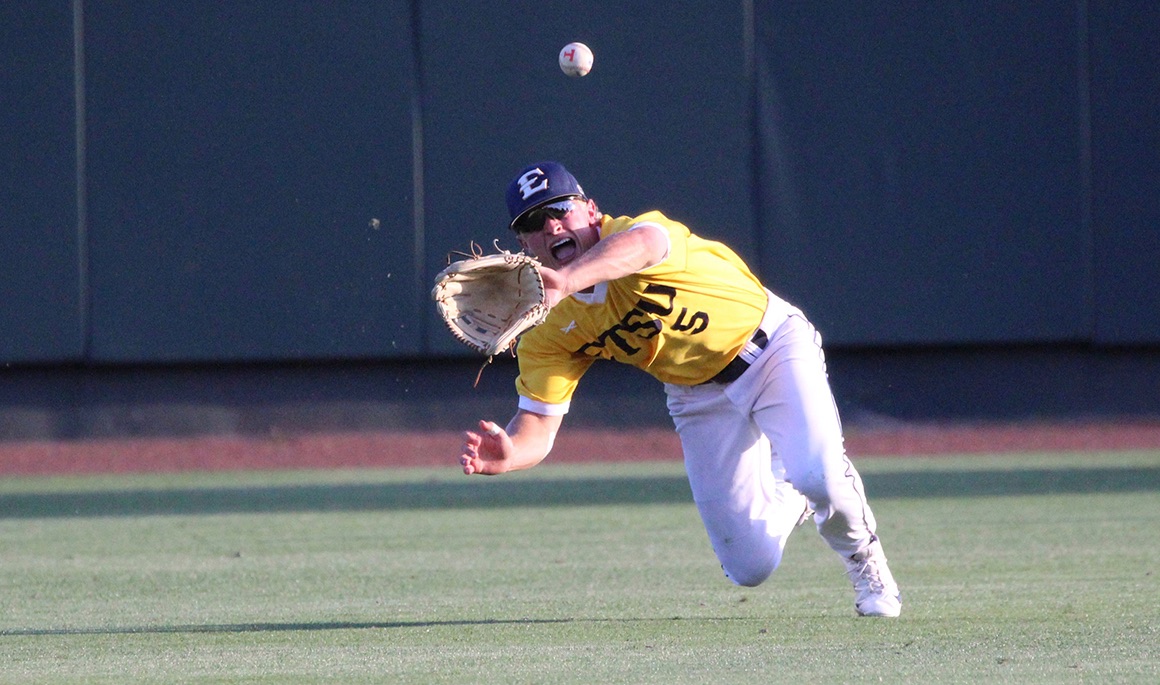 JOHNSON CITY, Tenn. (May 4, 2017) – The ETSU baseball team travels to Charleston, S.C. to square off with The Citadel this weekend in a pivotal Southern Conference showdown beginning on Friday, May 5 at 4 p.m. at Joe Riley Park.

ETSU enters the crucial weekend series with a 20-23 overall record and a 3-12 Southern Conference mark.

The last time these two teams squared off was last year when the Bucs bounced the Bulldogs out of the SoCon Tournament in an elimination game. Jamin McCann (Kingsport, Tenn.) stifled The Citadel’s bats as he twirled eight innings while limiting the Bulldogs to two runs and walking one and setting a career record by striking out 10 batters. Hagen Owenby (Knoxville, Tenn.) finished the postseason game going 1-for-3 with two RBIs. Blake Rowlett (Clarksville, Tenn.) tallied one hit, and Aaron Maher (Brentwood, Tenn.) recorded a RBI and a run scored in the same game.

Cullen Smith (Lebanon, Tenn.) has regained his confidence at the plate as he has connected with multiple hits in three of the last four games including going 3-for-4 in the series opener against Wofford. In the series finale with the Terriers, the Lebanon, Tenn. native struck for three RBIs including his first collegiate triple.

Right-handed starting pitcher Ryan Simpler (Lewes, Del.) continues to dazzle as he has started in 11 games this year while posting a 6-3 overall record. The six wins mark the most in his career in one season and ranks tied for third in the league this year. He totes a team-leading 3.70 ERA in 73 innings pitched while striking out 80 batters and holding opponents to a .266 batting average.

The Citadel enters the weekend matchup with a 12-29 overall record and a 3-12 SoCon mark. The team has lost seven straight games with two of those games going into extra innings.

JP Sears is a member of Golden Spikes Watch List, which names the best overall college player in NCAA Division I baseball. He is 4-1 this year with a 2.31 ERA. He has started 10 games and twirled 70 innings. In those games, he averages 10.2 strikeouts per game and has only walked 16 batters. He has allowed 18 earned runs in 10 starts and holds batters to a .218 batting average, but he has allowed the most extra-base hits (18) on the team.

Will Abbott is the second-best starting pitcher for the Bulldogs as he is 1-5 on the year and while sporting a 3.91 ERA. He has held batters to a .236 batting average in 50.2 frames.

Aaron Lesiak, who is a key reliever for the Bulldogs, is 3-3 on the year in 22 appearances. He totes a 2.78 ERA including recording two saves. He has tossed 22.2 innings while allowing seven earned runs and striking out 20 batters and has yet to allow a home run this year.