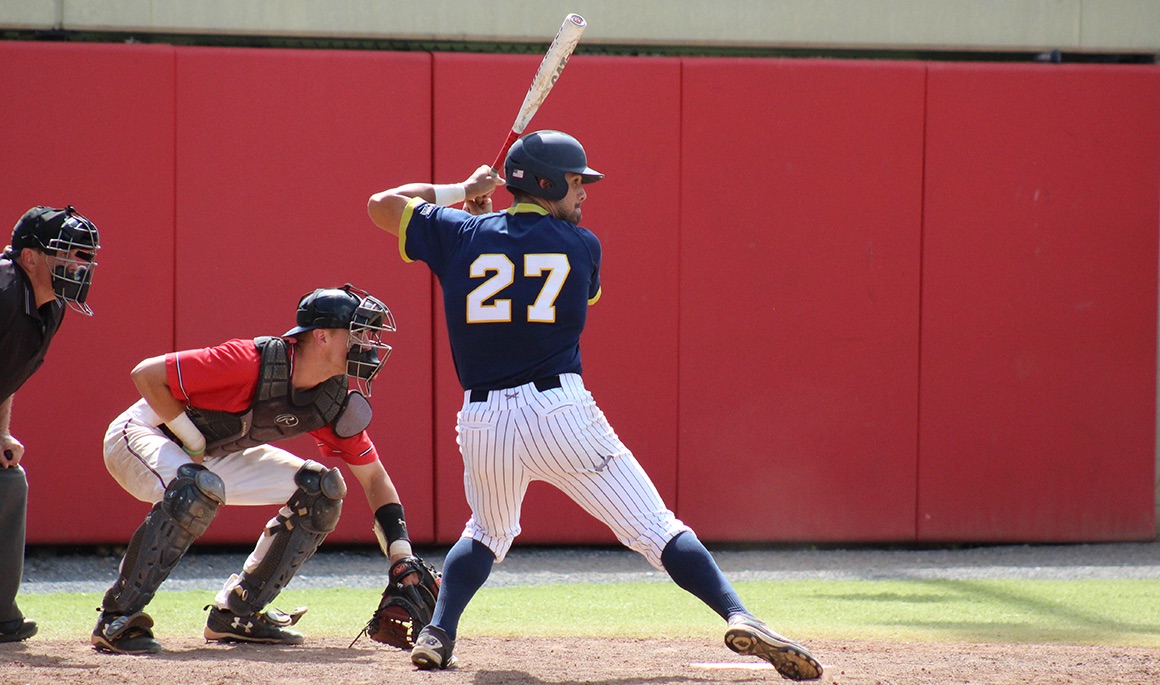 Offense explodes as the Bucs down Keydets to claim series
ETSU at VMI | May 19, 2017
Related Links

LEXINGTON, Va. (May 19, 2017) – The ETSU baseball team won the series at VMI on Friday as the Buccaneers’ offense exploded for 17 hits as the Bucs downed the Keydets 14-12 at Gray-Minor Stadium in Lexington, Va.

Maher stroked a pair of doubles, and Christian Bailey (Kingsport, Tenn.), Blake Rowlett (Clarksville, Tenn.) and Cullen Smith (Lebanon, Tenn.) each recorded one double each. Strickland connected with his second career triple, which scored two runs, and Hagen Owenby (Knoxville, Tenn.) crushed his team-leading 12th homer of the year in the first inning.

Blake Smith (Ninety Six, S.C.) started the game as he struck out six Keydets en route to receiving the win, and Logan Gentry (Kingsport, Tenn.) earned his first career save after striking out a pair of opponents in the ninth. As a pitching staff, ETSU struck out 10 batters, which is third time in the last four games.

Just like in the series opener, the ETSU offense jumped out early behind Owenby’s three-run bomb to left field. The home run marked back-to-back games where the junior connected with a home run in the first inning. ETSU capped off the four-run frame as Rowlett scored on a balk later in the inning.

After being held scoreless in the second, ETSU capitalized in the third inning as it went up by double-digits. The inning started with three straight hits including doubles from Bailey and Rowlett. Caleb Longley (Cleveland, Tenn.) plated an RBI as he grounded out to short to take a 7-0 lead. The ETSU offense didn’t stop there as he connected for four straight hits including a single from Strickland and Parker. Chris Cook (Kingsport, Tenn.) posted a RBI single up the middle, and Maher stroked a double down the right field line to plate a pair of Buccaneers. Following a six-run third inning, ETSU held a 10-0 lead heading into the bottom of the third.

VMI retaliated by scoring three runs highlighted by Matt Pita’s two-run homer with one out.

The Blue and Gold matched the Keydets as Strickland smoked a triple down right left field line to plate two teammates. Parker scored Strickland easily as he connected with a single up the middle.

Up 13-3 heading into the fifth, Maher smoked a double down the right field line to start the inning. Bailey followed with an infield single, but the Keydet shortstop made an errand throw which allowed Maher to score and make it a 14-3 lead.

The Keydets continued to chip away as they scored a pair of runs in each the fifth, sixth and seventh innings to make it a five-run game – 14-9.

Again, the VMI offense didn’t give in as it connected with three straight hits to start the home-half of the ninth inning. Collin Fleischer recorded a three run homer to left center, which made it a 14-12 game. However, Gentry forced three outs including a pair of strikeouts to halt the VMI comeback.

The Buccaneer starting pitcher Blake Smith earned the victory as he moves to 4-6 on the year, and Gentry earned his first career save. VMI’s starting pitcher Ryan Bennett (5-1) was pinned with the loss, which is his first of the season.

ETSU and VMI will conclude the three-game set on Saturday in Lexington, Va. with first pitch scheduled for 1 p.m.