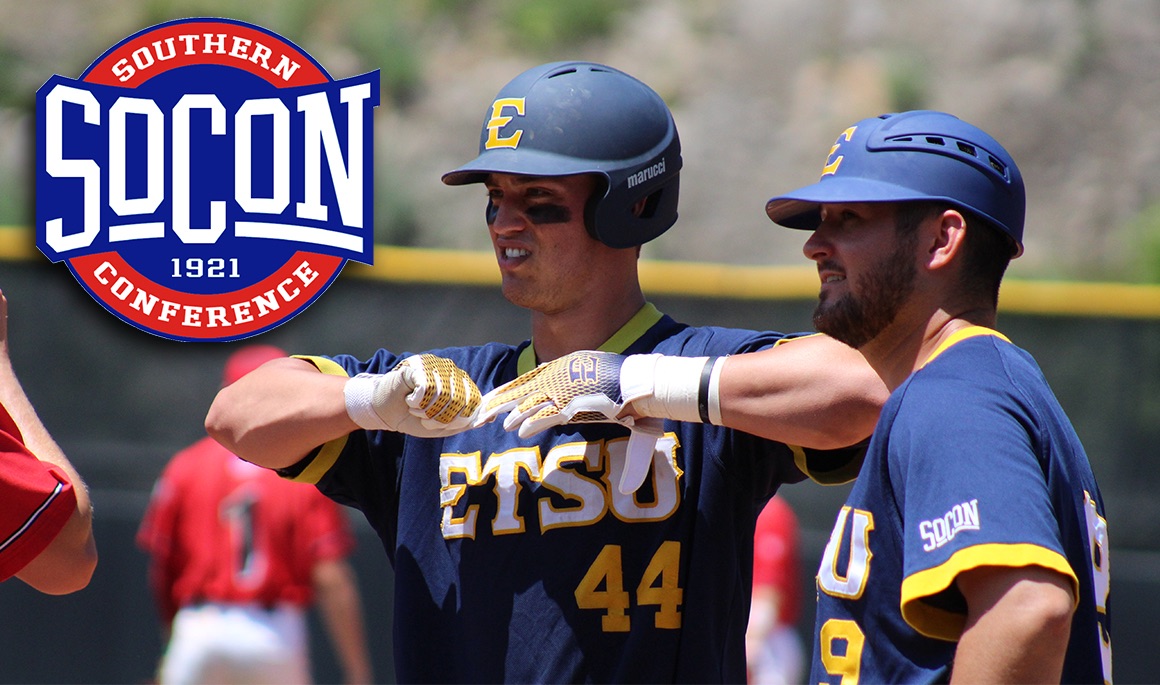 SPARTANBURG, S.C. (May 21, 2017) – Leading the ETSU baseball team to its first Southern Conference series sweep of the season, junior catcher Hagen Owenby (Knoxville, Tenn.) was named the SoCon Player of the Week after batting .500 (7-for-14) including two home runs against VMI.

The Knoxville, Tenn. native tallied at least one RBI in the four games this past week including recording seven RBIs against VMI. He opened the series with the Keydets by posting three hits including a two-run blast in the first inning on Thursday. He finished game one of the series totaling three RBIs including touching home once and a stolen base.

In game two of the VMI series, Owenby recorded a pair of hits including a three-run homer in the first inning, which guided the Bucs to a series victory over the Keydets. He finished Friday’s game with three RBIs and two runs scored, and he capped off ETSU’s sweep at VMI by going 2-for-4 with a double, a RBI and a pair of runs scored.

Owenby currently leads the team with a .352 batting average in 54 starts. The junior leads the team with 12 home runs, 48 RBIs, 37 walks, .581 slugging percentage and .445 on-base percentage. He has totaled 74 hits including 12 doubles and has touched home 49 times this year. He has also posted 24 multi-hit games and 14 multi-RBI performances.

In the month of May alone, Owenby is hitting .413 in 12 starts including knocking 13 RBIs off 19 hits including four homers and three doubles. He is also slugging .739, which leads the team.

The SoCon Player of the Week honor was Owenby’s third of his career.

The Bucs return to the diamond in the SoCon Tournament presented by Holston Gases at Fluor Field in Greenville, S.C. beginning May 24. No. 7 ETSU will square off with the reigning SoCon Tournament champions, Western Carolina, at 4 p.m. on Wednesday.