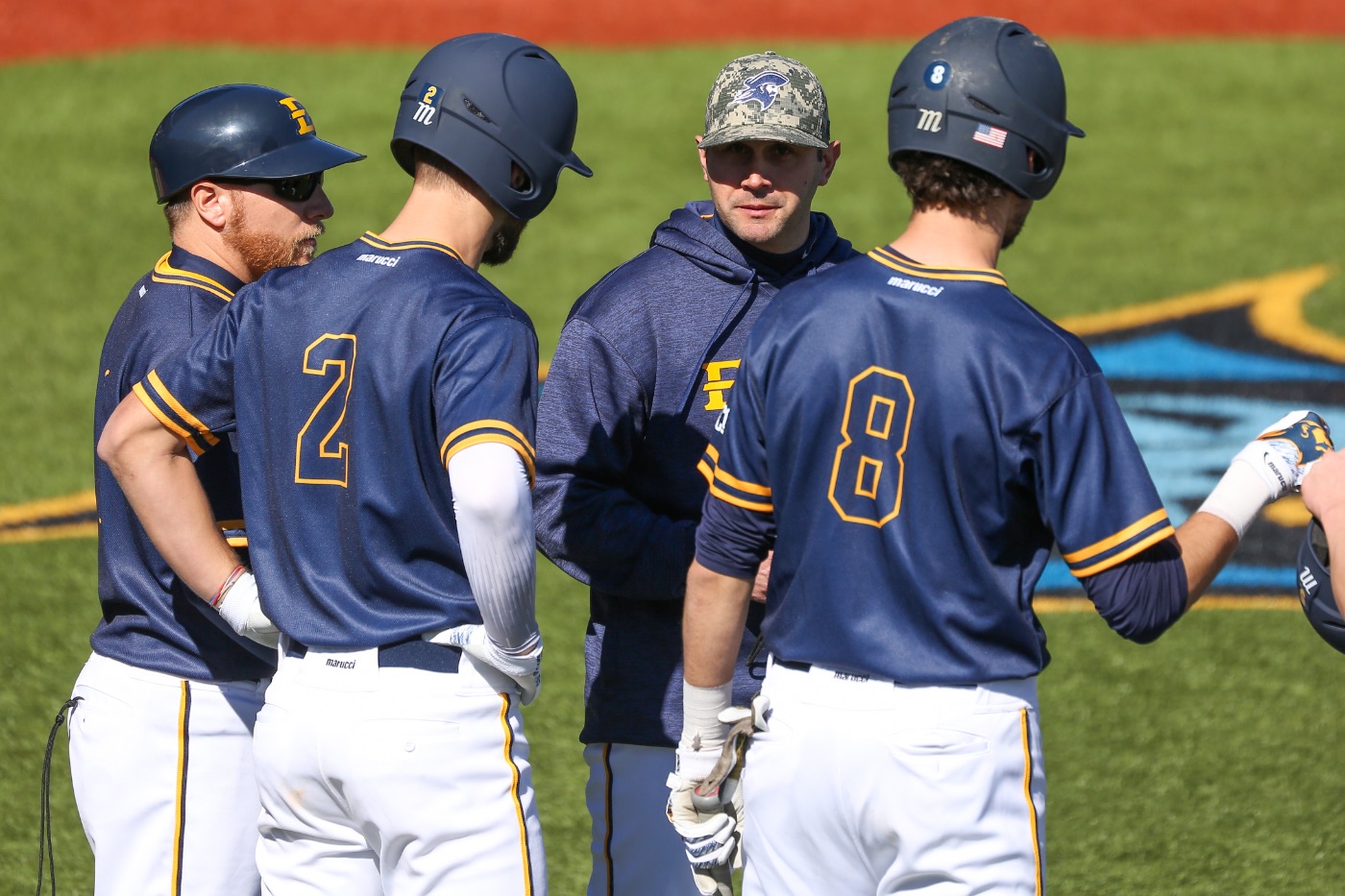 FORT MYERS, Fla. (Feb. 22, 2018) – Coming off a strong start to the season, the ETSU baseball team hits the road for the first time this season as it faces undefeated Florida Gulf Coast Feb. 23-25 in Fort Myers, Fla.

ETSU comes into this weekend with a 2-1 record, picking up 6-2 and 7-2 victories before falling 5-4 in the series finale. The series win was propelled by strong pitching performances that drew national attention.

Junior RHP Micah Kaczor (Tampa, Fla.) quickly asserted his status as a potential ace, tossing 6.0 innings in the season opener with no earned runs or walks while striking out 12. His 12 punchouts rank second in the NCAA.

Senior Ryan Simpler (Lewes, Del.) also went against the grain, proving ETSU can pitch with 5.0 innings and nine strikeouts of his own, allowing just two runs with no walks in the 7-2 win.

As a team, ETSU ranks second in the nation in strikeouts per nine innings with 14.8, technically tied with Houston who has the same amount through more innings to officially lead the nation. The Bucs also rank fourth in strikeout-to-walk ratio with its 41 punch-outs to five walks allowed.

The offense also proved to be enough last weekend against the Norse, as the Bucs had 23 hits for the series with 16 RBI and 18 runs plated.

Senior Christian Bailey (Kingsport, Tenn.) led the Bucs with five hits and five RBI on the weekend, hitting safely in all three games from the three-hole. The biggest hit came in the second game, when he cleared the bases with a three-RBI double to right-centerfield.

Senior Caleb Longley (Cleveland, Tenn.) opened with a bang — more like two — as he slammed two homers onto the train tracks behind right center to help lead ETSU to its two victories. He picked up four RBI in the process.

A couple of on-base streaks continued for ETSU, as seniors Chris Cook (Kingsport, Tenn.) and Aaron Maher (Brentwood, Tenn.) each reached in all three games to extend their respective streaks to 17 and 14 respectively. Cook also ended a pre-existing hit streak at 13 games after hitting safely in the first two games this season.

The undefeated Eagles could also be classified as the “Cardiac Eagles” as three of their four wins over Eastern Michigan came via walk-offs.

The four wins were FGCU’s first season opening sweep since 2010 and the first-ever sweep of a four-game series to open a season. This is also the first 4-0 start for the Eagles since 2008.

The Eagles come into 2018 after achieving their best finish since jumping to Division 1, ending last season with a 43-20 record, and ultimately, the ASUN tournament championship. FGCU also took its first-ever trip to the NCAA Tournament, defeating Michigan before falling to Davidson and North Carolina.

The ASUN preseason poll slated the Eagles to finish second while three FGCU players made the Preseason All-Conference team. Starting ace Josh Dye, who will face Kaczor in game one, also earned ASUN Preseason Pitcher of the Year after a 3.23 ERA last year.

Morey batted .289 last season with 45 runs and 37 walks, all career highs. The centerfielder appeared in all but two games for the Eagles last year.

Most recently, sophomore catcher/designated hitter Alex Brait earned ASUN Player of the Week after picking up eight hits and nine RBI, one of which was the series finale walk-off. Brait batted .400 through the four games while completing the series cycle with four singles, two doubles, a triple and a homer.

Prior to ETSU, Pennucci spent 12 seasons at Stony Brook as the team’s assistant head coach and recruiting coordinator. Pennucci helped guide Stony Brook to four NCAA regionals and one trip to the College World Series in 2012.

Pennucci will face another seasoned veteran this weekend in FGCU’s Dave Tollett. Tollett is the only coach in FGCU’s history and has a 537-316-3 record in his 17 years with the program. A four-time conference coach of the year, Tollett has found success over the years, including a ranking as high as No. 9 in the nation last season en route to a 43-win season.

As mentioned earlier, Kaczor will take the mound in game one against Josh Dye. Dye had an impressive stat line in his own right, going 6.0 innings while allowing four hits, zero earned runs and zero walks. Dye picked up the no decision thanks to two unearned runs.

Game Two will feature Simpler against Mario Leon. Leon went 5.0 innings in his last outing, allowing three hits and one run while striking out six. Both pitchers come in with 1-0 records to Saturday.

Stefanacci will serve as the local hero, making his debut start for the Bucs in his hometown. In his lone relief outing last game, Stefanacci pitched 2.1 innings, allowing two hits with no runs, three strikeouts and one walk against nine batters.

Lumbert earned the win in his first start of the season, hurling 6.0 innings with one earned run while scattering seven hits. Lumbert brings a 1.50 ERA to the table while holding batters to a .292 average.

Since the Bucs left for the SoCon, the two teams have met for one other series, taking place in 2016. FGCU won a competitive series two games to one in Johnson City, with each game being won by a margin of three runs or less.

For Live Stats, follow the links at the top of the page.