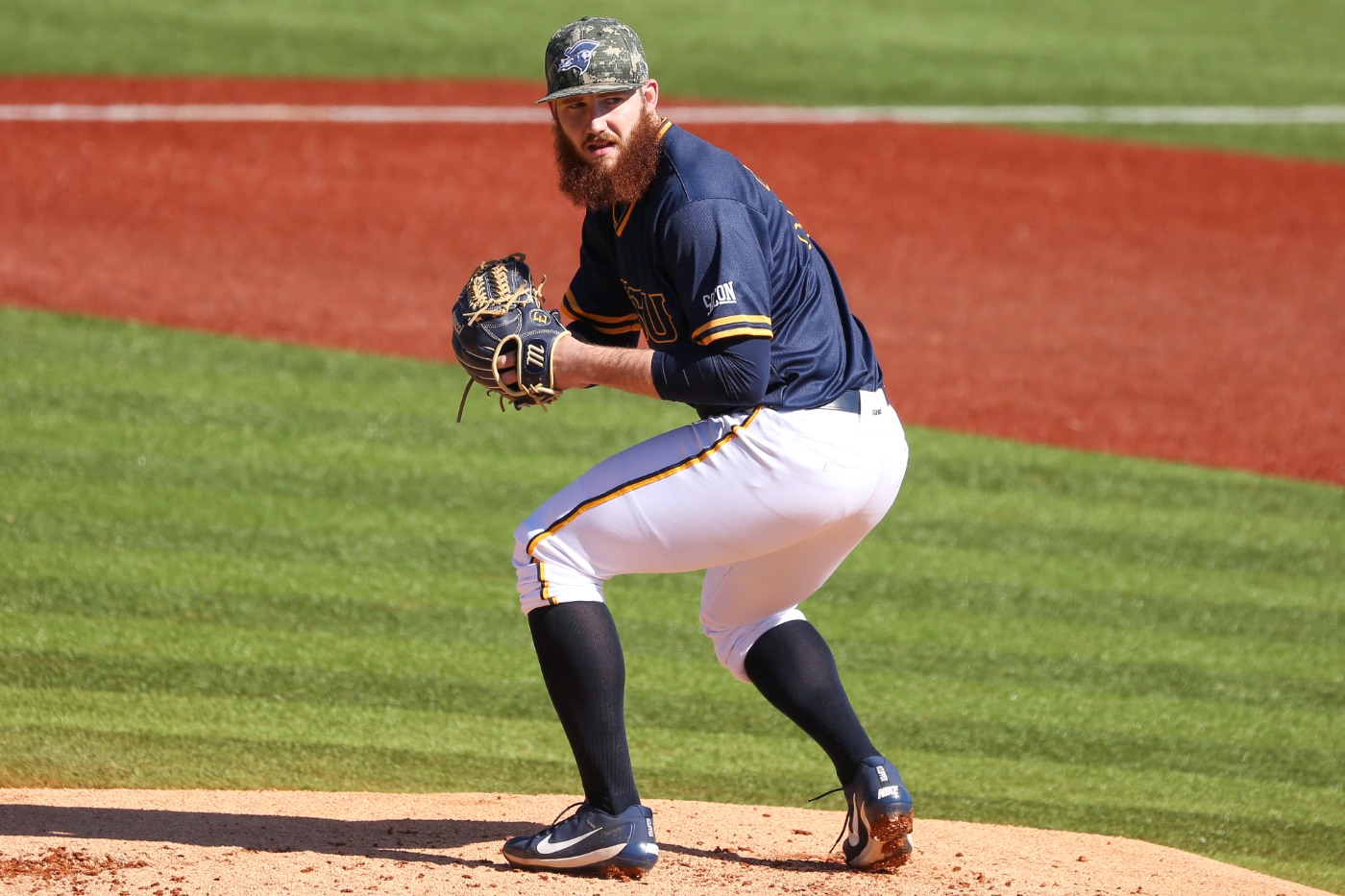 The ETSU loss evens up the series with the rubber match set for tomorrow afternoon at 1 p.m.

Senior Ryan Simpler (Lewes, Del.) took the bump for ETSU, throwing six scoreless innings in an offensive struggle for both sides. Despite the strong start, Simpler picked up his first loss of the year, allowing two runs in the seventh to give FGCU the lead for good.

Back-to-back two-out RBI hits in the bottom of the seventh by Christian Proffitt and Marc Coffers allowed the Eagles to gain the lead, but Simpler finished the inning with a groundout.

After Simpler’s spectacular outing, senior Logan Gentry (Kingsport, Tenn.) made his first appearance of the season in the eighth, inheriting a 2-0 deficit. FGCU’s dynamic offense would show up late and add four insurance runs.

After scoring six unanswered the night before, the Bucs would need to do so again. In that effort, ETSU used three pinch hitters in the ninth, including Ethan Rice (Erwin, Tenn.) who led off the inning with the team’s first triple of the season.

A pinch-hitting Brock Beeler (Knoxville, Tenn.) would make his first appearance of the year, driving in Rice with a grounder to short, plating ETSU’s lone run. Local product Sam Stewart (Kingsport, Tenn.) also made his first appearance this season, reaching on a walk. After Stewart advanced into scoring position on a wild pitch, FGCU earned the final two outs.

A couple of opportunities arose for ETSU, as the first inning saw leadoff hitter Chris Cook (Kingsport, Tenn.) and second hitter Aaron Maher (Brentwood, Tenn.) each in scoring position before FGCU tightroped out of the jam.

One double each for Christian Bailey (Kingsport, Tenn.) and Cullen Smith (Lebanon, Tenn.) also netted runners in scoring position, but the Buccaneer bats could not score the runs.

ETSU falls to 3-2 on the season and will look to win its second straight series, as the rubber match takes place Sunday afternoon at 1 p.m. inside Swanson Stadium.