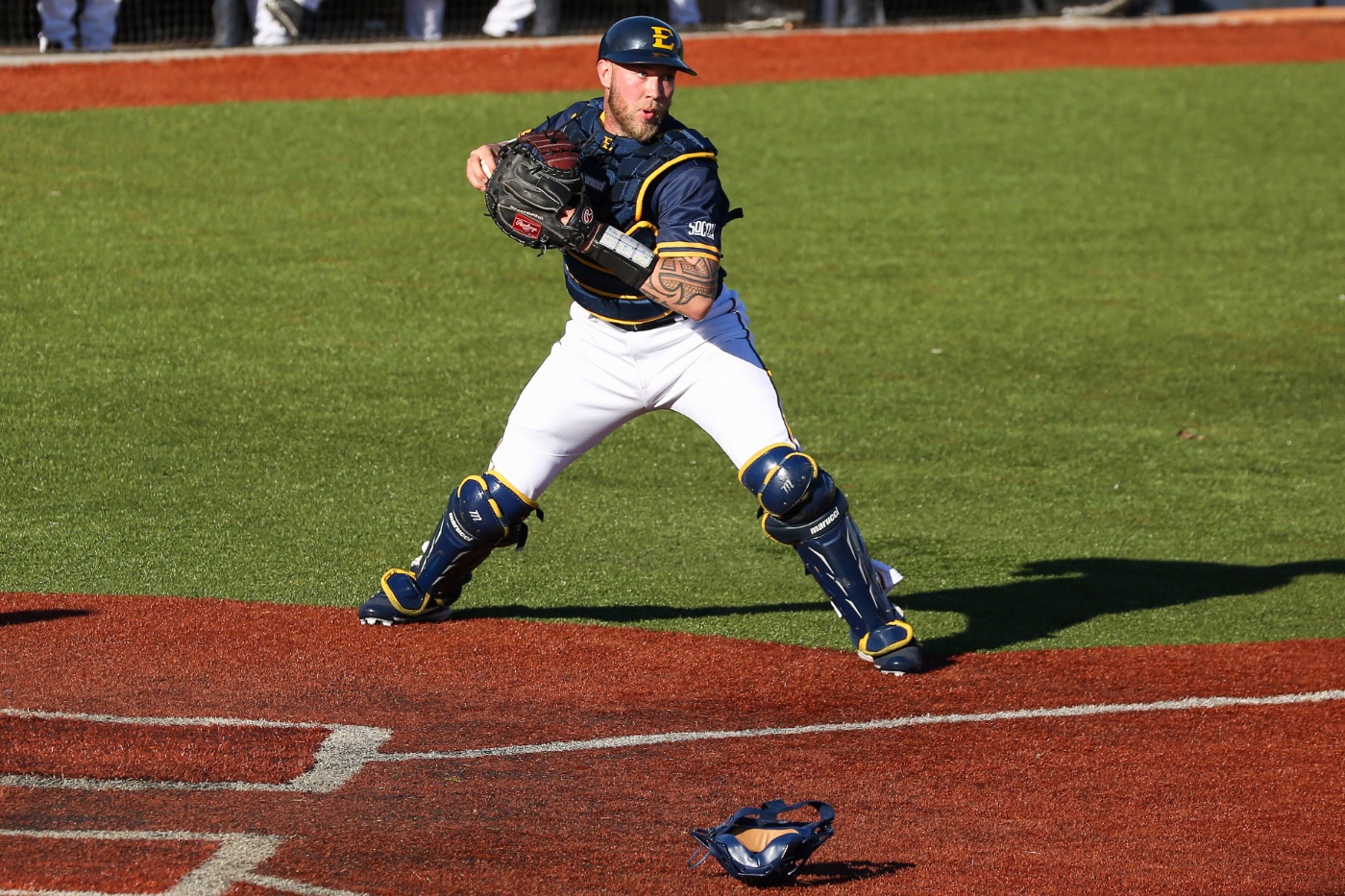 FORT MYERS, Fla. (Feb. 25, 2018) – Runs were at a premium for ETSU baseball in Sunday afternoon’s series finale with Florida Gulf Coast, as the offensive oriented Eagles defeated the Bucs 11-2 to win the series 2-1 in Fort Myers, Fla.

FGCU struck first with a two-run first inning and followed that with six runs in the first three innings. ETSU’s scores came in the second and fourth innings, both courtesy of catcher Jackson Greer (Knoxville, Tenn.) who singled to left field in his first two at-bats to drive in the runs.

Both runs for ETSU in the game were credited to Cullen Smith (Lebanon, Tenn.), who finished the game with a team-high three hits to improve his batting average to .316 on the season.

Despite the loss, ETSU finished with eight hits compared to FGCU’s 11. On the flipside, aseason-high three ETSU errors and 11 walked batters would doom the Bucs. ETSU also stranded nine runners on base.

Taking the bump for the first time as a starter for ETSU, junior Dominick Stefanacci (Ft. Myers, Fla.) performed in front of his hometown fans. Stefanacci took the loss, allowing four earned runs.

Koesters spent the most time in the game, going nearly four full innings with five strikeouts, allowing just one walk with six hits and three runs.

With ETSU’s first home and road series now in the books, the Blue and Gold will now turn its attention to the Tri-Star Classic tournament in Kodak, Tenn. at Smokies Stadium.

The Bucs will face Tennessee in their next outing, with first pitch from Smokies Stadium set for a 6 p.m. nightcap. ETSU will face Middle Tennessee State and Memphis following the Volunteers to round out the tournament.