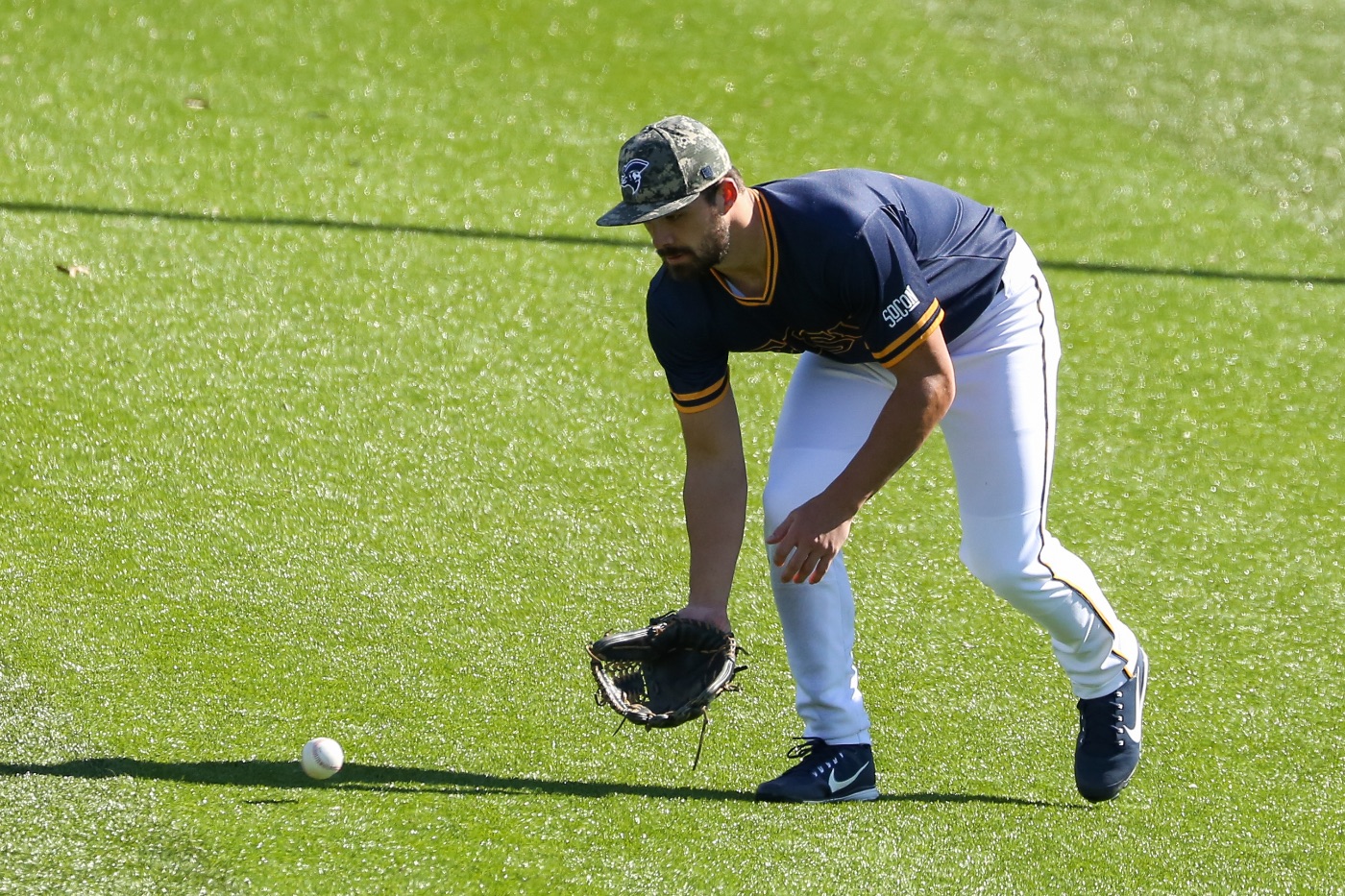 KNOXVILLE, Tenn. (March 4, 2018) – A third straight game of seven runs or more coupled with a solid team effort on the mound led ETSU to an 8-2 win over Memphis Sunday afternoon at Lindsey Nelson Stadium.

ETSU finishes with two wins in the Tri-Star Classic, edging Tennessee 10-9 Friday to open the tournament. After falling to MTSU yesterday, the Bucs responded in a big way to take two of three in Knoxville.

The Bucs grabbed momentum early on, as leadoff hitter Chris Cook (Kingsport, Tenn.) smashed a double into the gap on the game’s first pitch. In the next at-bat, fellow senior Aaron Maher (Brentwood, Tenn.) drove in two of his four RBI on the day with a homer into right field.

Memphis later answered with two runs of their own from Kyle Ouellette, hitting an RBI double in the second and a solo homer in the fourth for the team’s only two runs.

With the game tied 2-2, ETSU tallied six runs off five hits in the sixth inning to take a commanding 8-2 lead. The Buccaneer pitching staff would close things out for the win.

In the sixth, Memphis worked its way into a one-out bases loaded jam. Jackson Greer (Knoxville, Tenn.) earned an RBI the hard way, as he was hit by an inside pitch to bring in a run and advance the runners.

After the Tigers went to the bullpen, ETSU’s Hunter Parker (Chattanooga, Tenn.) would ground into a fielder’s choice. A run would score on the play, giving ETSU a 4-2 advantage.

With runners on the corners, sophomore Cade Gilbert (Ringgold, Ga.) would reach base for the third time in three tries with a left field single, scoring fellow Georgian Ben Jackson (Guyton, Ga.) to take a 5-2 lead. Jackson reached on a hit by pitch, doing so four times in the tournament.

After Cook’s single reloaded the bases, Maher picked up his other two RBI with a single that ricochet off second base into right field. The final run came when Bailey singled to the right side, scoring Cook — his high school teammate.

Senior Russell Koesters (Kingsport, Tenn.) earned his third career start and the first of this season, turning in a solid outing at 4.2 innings with five hits and two runs, six strikeouts and two walks.

Fellow senior Drew Korzybski (Knoxville, Tenn.) earned his second win of the season, throwing 1.1 innings in relief in the middle innings. He allowed just one hit and two walks with no runs to close the fifth and finish the sixth.

The Bucs return to Thomas Stadium for the first time in nearly three weeks Wednesday, March 7 when they host Eastern Kentucky for a single game matchup. The first pitch is set for 4 p.m.

The home stand continues March 9-11 for a three-game series against Winthrop with pitch times of 6:30 p.m., 2 p.m. and 1 p.m. Friday through Sunday in Johnson City.