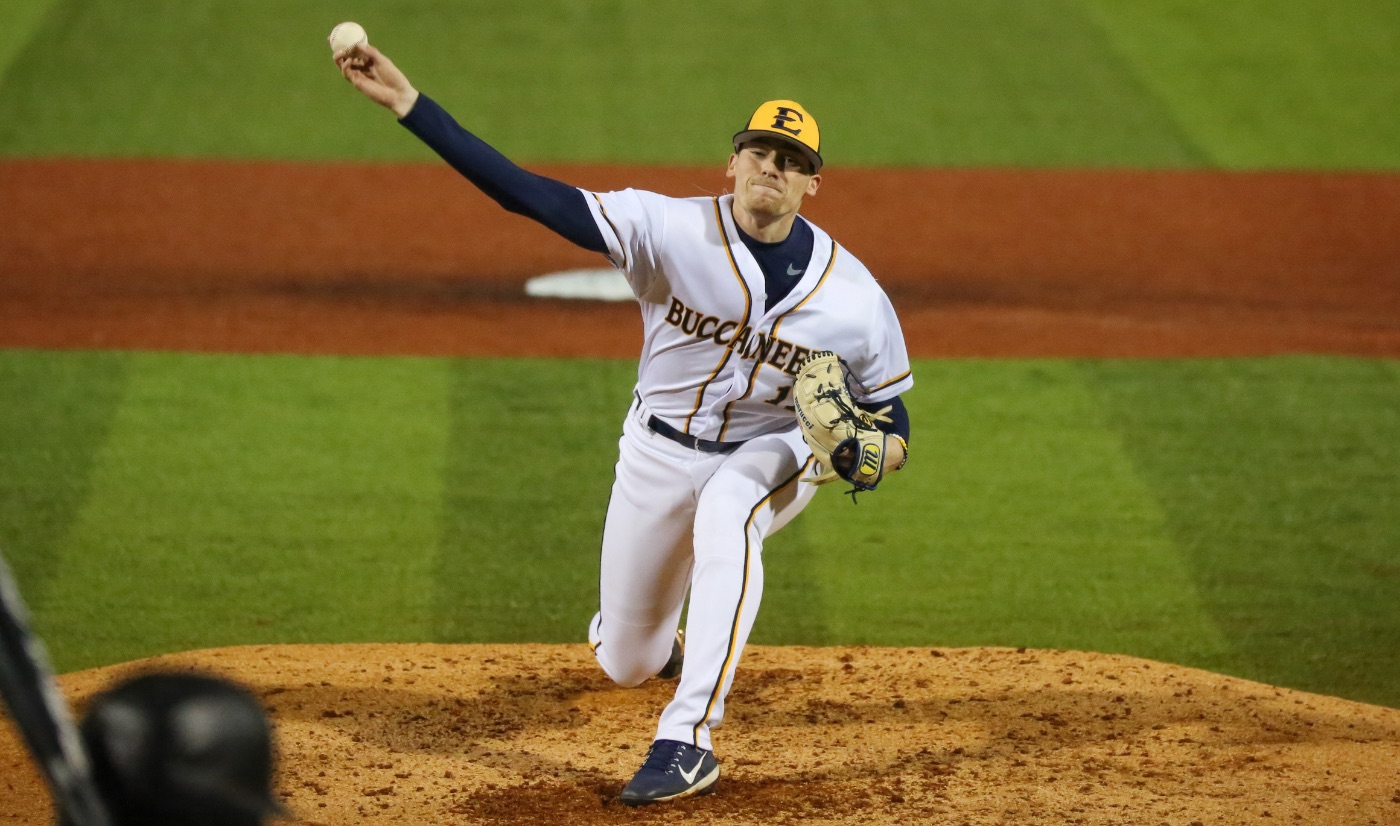 Junior Micah Kaczor (Tampa, Fla.) earned a quality start in the tough loss, tossing 6.0 innings and allowing just one run. The junior transfer scattered six hits on the day and struck out eight while walking just one batter.

Senior Drew Korzybski (Knoxville, Tenn.) took over the final two innings, allowing just one hit and one walk while striking out one in eight batters faced.

The Tribe used a five-pitcher attack to limit the Buccaneer bats to four hits on the day, as the Bucs suffered their first shutout since 2016.

Senior Christian Bailey (Kingsport, Tenn.) and freshman Ben Jackson (Guyton, Ga.) each had two-hit days for ETSU with a couple of singles apiece.

The lone run came in the third inning and would prove to be the difference, as three-hole hitter Ryan Hall hit an RBI single to score a runner from second.

The second game of the series is set to begin tomorrow at 4 p.m. inside Plumeri Park. Senior Ryan Simpler (Lewes, Del.) will take the bump for ETSU in Game Two.