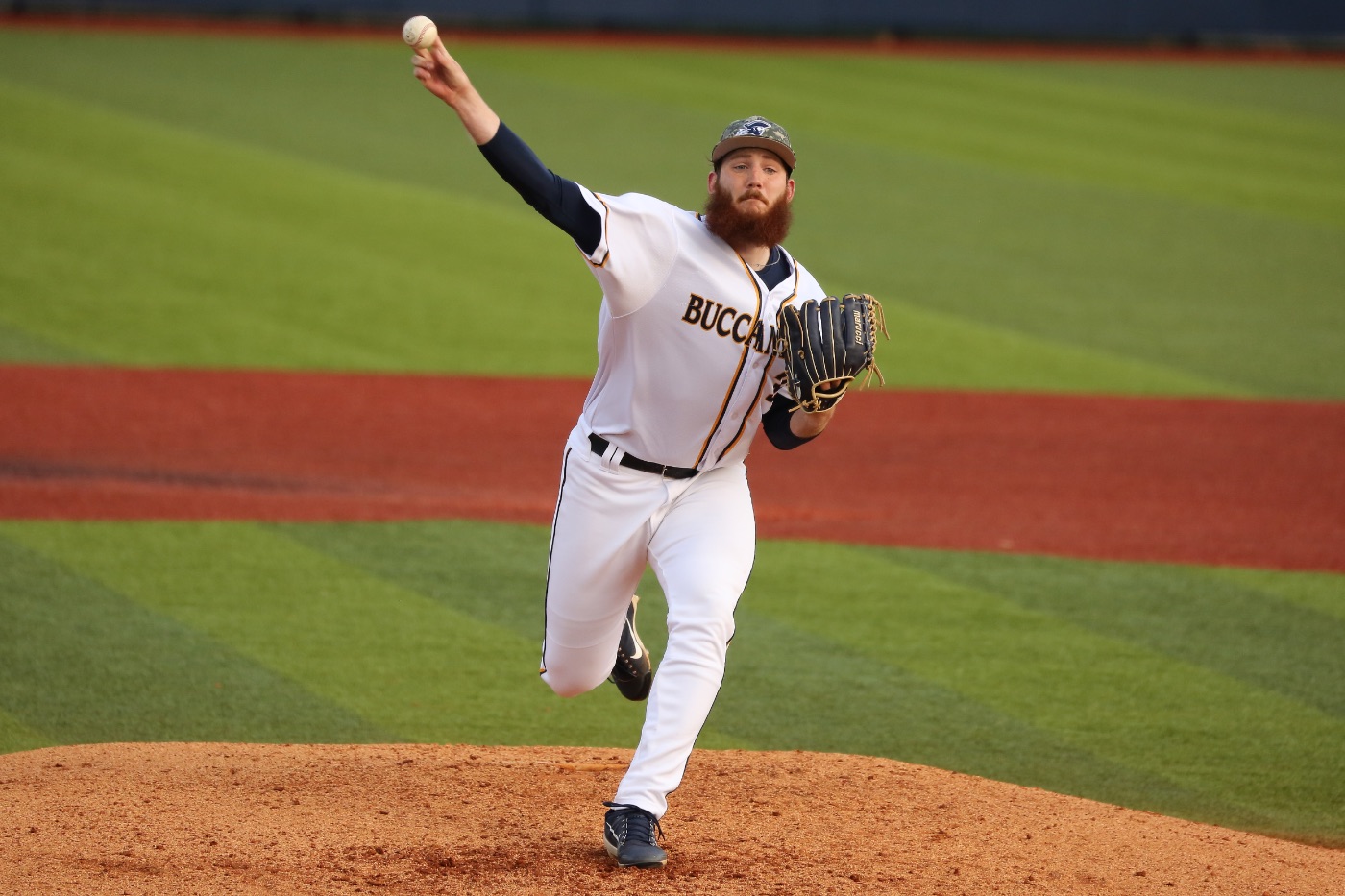 WILLIAMSBURG, Va. (March 17, 2018) – After trailing 2-1 for nearly six innings, the ETSU baseball team played free baseball for the first time this season and came away with a 3-2 extra inning win over William & Mary Saturday evening.

With the game tied 2-2, freshman Brandon Parrott (Seymour, Tenn.) proved to be the hero with his fourth career at-bat, drilling an RBI single to the right side for the go-ahead run in the 10th inning.

Parrott pinched hit for Caleb Longley (Cleveland, Tenn.) and lined the first pitch he saw past the first baseman to score Chris Cook (Kingsport, Tenn.). In the bottom of the 10th junior James Giambalvo (Alhambra, Calif.) sat down the final three batters in order to ensure ETSU’s 10th win of the season.

“They competed for ten full innings,” said ETSU skipper Joe Pennucci after picking up his first career extra innings win as a head coach. “We got on base, was able to execute a bunt then got a big hit to tie in. It’s exciting to get so many guys involved in that situation.

“In extras, it was really nice to see Brandon come off the bench and bang out a hit. He’s a good hitter and will be really good for us the next few years. My theory is once March hits, you’re not a freshman anymore — you’re just like everyone else. He stepped up when he needed to and created an opportunity for himself. It was awesome to watch.”

Senior Ryan Simpler (Lewes, Del.) turned in his best outing of the season to keep the Bucs in striking distance — tossing 8.0 full innings with no earned runs allowed. In 104 pitches, Simpler allowed just four hits with five strikeouts and one walk. He faced 31 batters on the day.

Giambalvo inherited a tied ball game in the ninth inning, working out of a jam with the go-ahead run on third base. After ETSU took the lead in the 10th, he recorded the final three outs to preserve the win.

“Simpler gave us a chance,” Pennucci said. “Then he handed the ball of to James, and he continued to keep us in it. Great effort by those guys.”

After struggling at the plate the night before, ETSU opened with three quick hits in the first inning. Cook roped a left field double before fellow senior and Dobyns-Bennett graduate Christian Bailey (Kingsport, Tenn.) drove him in with an RBI single up the middle.

The Tribe took advantage of an early error in the second inning, plating two runs on an RBI single with two outs to take the lead. The 2-1 advantage would hold for the majority of the game.

In the eighth inning, the Bucs had an answer. After snapping a 16 game hit streak the night before, senior Aaron Maher (Brentwood, Tenn.) came through clutch with a two-out single to center, scoring Hunter Parker (Chattanooga, Tenn.) as the tying run and setting up the finish in extras.

The rubber match between the Bucs and Tribe begins tomorrow at 1 p.m. inside Plumeri Park.