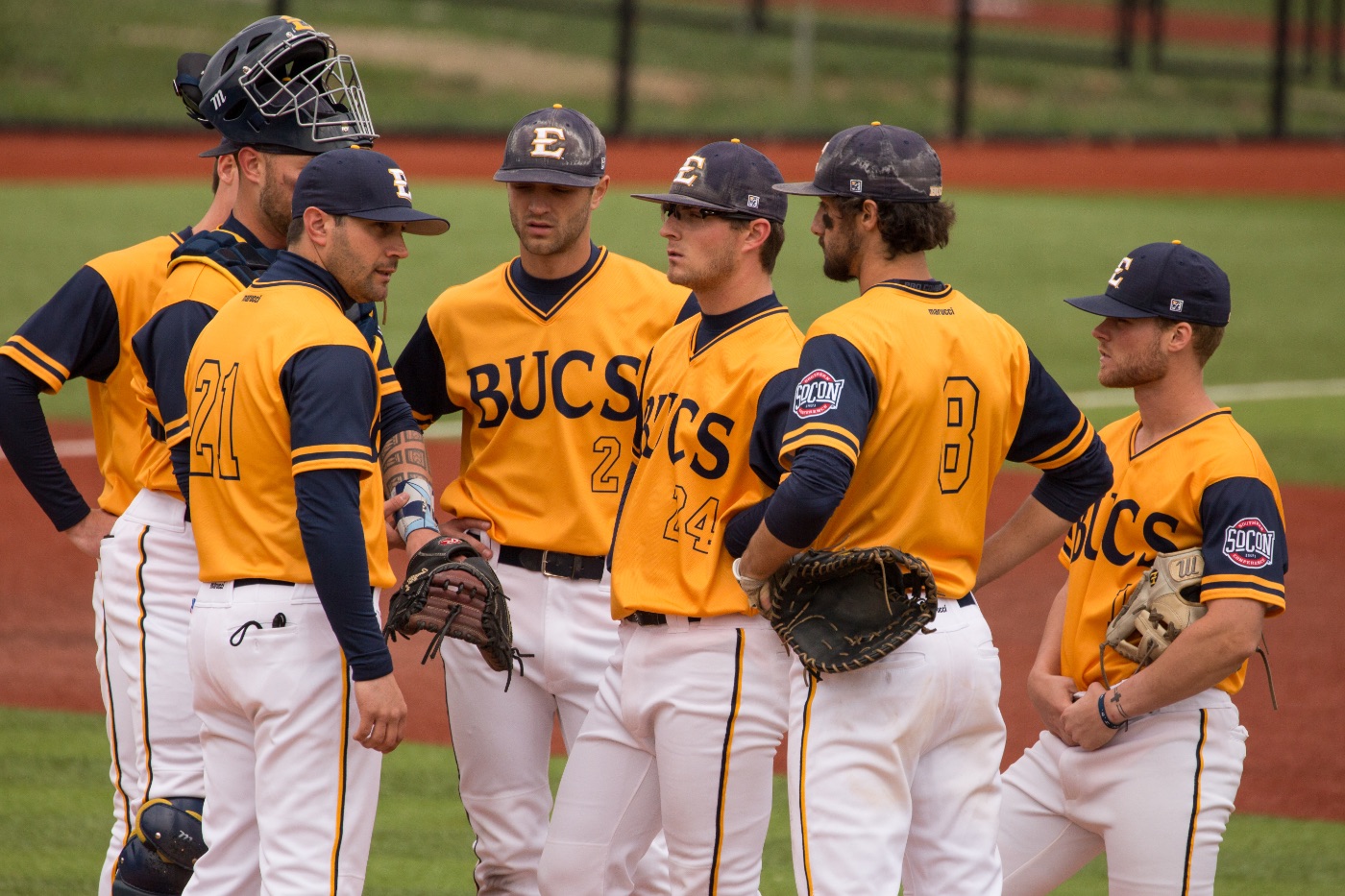 WILLIAMSBURG, Va. (March 18, 2018) – A third straight low-scoring affair took place in Plumeri Park Sunday afternoon, as William and Mary took the rubber match on a 3-2 walk-off over the Bucs.

After taking a 3-2 victory last night, ETSU looked to duplicate that score in a 2-2 game in the ninth. After stranding a runner in scoring position in the top half, the Tribe were able to single in an unearned run who slid past the outfield heave for the win.

Continuing the trend of strong pitching in the series, redshirt junior Russell Koesters (Kingsport, Tenn.) made the most of his third start of the season, turning in his best outing of the season with a career high 6.0 innings pitched and a quality start.

In those innings, Koesters allowed one run while scattering four hits. The redshirt junior from Sullivan South High School also struck out four hitters and retired nine straight hitters at one point.

Junior transfer Dominick Stefanacci (Fort Myers, Fla.) took over for Koesters after the stretch and retired the first five hitters in order before running into trouble with the tying solo shot.

After a couple more runners reached on an error and walk, senior Drew Korzybski (Knoxville, Tenn.) would record the final out and later pitch the final inning.

After a William & Mary base runner reached on a catcher interference call, the Tribe would get their only hit off the senior and parlay that into the winning run.

The Tribe also struck first in the finale, breaking into the hit column with two singles in the second inning to score a run. Those two hits would be the only hits Koesters allowed until later in the sixth.

ETSU tied the game in the next half inning with bloop single by freshman Ben Jackson (Guyton, Ga.) into shallow left field. Sophomore Cade Gilbert (Ringgold, Ga.) reached on a leadoff double and later scored on Jackson’s single to tie things up.

The tie would last until the eighth, as ETSU would take a 2-1 lead with a two-out double into the right-center gap by Christian Bailey (Kingsport, Tenn.) drove in Aaron Maher (Brentwood, Tenn.).

The Tribe would score the tying run in the bottom half with a solo homer — the lone homer of the series — before scoring the winning run in the ninth.

Two impressive streaks that dated back to last season ended this weekend. Senior Chris Cook (Kingsport, Tenn.) reached safely in 29 straight games prior to day, while Maher’s streak ended at 26 back in game one. He’s now back on a two game streak, reaching in 28 of his last 29 games.

ETSU baseball will have one day of rest before heading to Knoxville to face the Tennessee Volunteers for the second time this season Tuesday, March 20 at 6:30 p.m. ETSU won the last contest in Knoxville, 10-9.