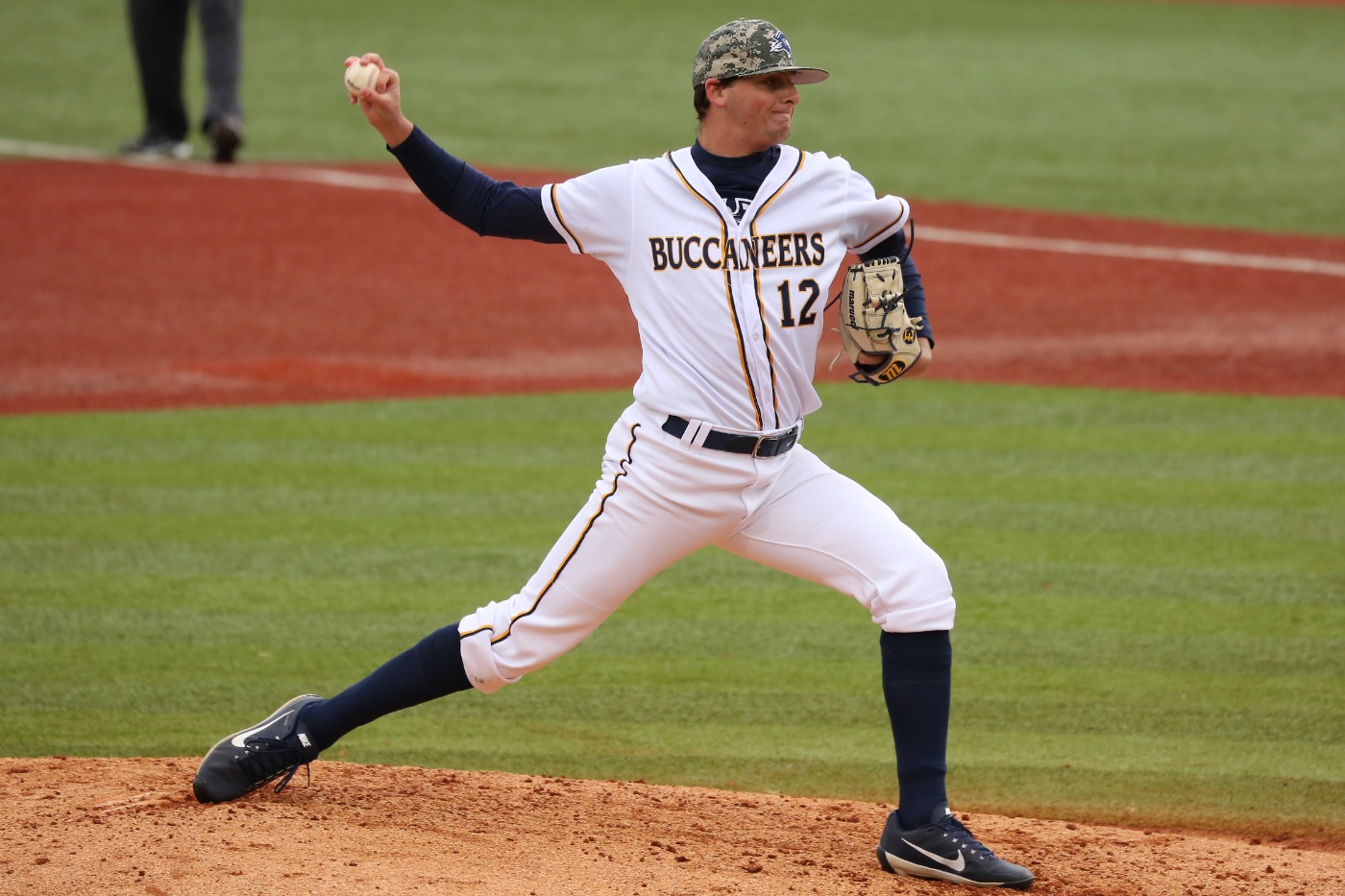 JOHNSON CITY, Tenn. (March 20, 2018) – The ETSU baseball team will play for the fourth time in five days tomorrow night as it hits the road to take on Tennessee at Lindsey Wilson Stadium. First pitch is now set for 5 p.m.

Depending on inclement weather expected to hit the area, start time is subject to change.

The Bucs took the first of three games this season from the Vols, winning a 10-9 thriller in Knoxville as part of the Tri-Star Classic.

Junior right-hander Daniel Sweeney (Johnson City, Tenn.) is expected take the mound for ETSU, making his second start and fourth appearance. He will face Tennessee’s Sean Hunley, who is 3-0 in four starts.

The ETSU pitching staff picked up three straight quality starts last weekend against William & Mary, taking one of three from the Tribe. All three games were won by one-run margins and involved each team scoring three runs or less.

In the opener last Friday, ETSU was shut out for the first time since 2016 in a 1-0 loss. Junior pitcher Micah Kaczor (Tampa, Fla.) went 6.0 innings, allowing one run on six hits with one walk and eight strikeouts.

The Blue and Gold took the middle game, tying the series with a 3-2 victory in 10 innings. The game marked ETSU first extra inning game this season, as freshman Brandon Parrott (Seymour, Tenn.) hit a go-ahead RBI single in the 10th, entering as a pinch hitter for his fourth collegiate at-bat.

Junior James Giambalvo (Alhambra, Calif.) took over for Simpler in the final two innings, keeping the Tribe off the scoreboard while limiting the offense to two hits. For his efforts, Giambalvo picked up his first career win for ETSU.

Tennessee is expected to send freshman righty Sean Hunley to the mound against the Bucs. Hunley has a team-low and Southeastern Conference-low 0.75 ERA in 24.0 innings and four starts, holding a 3-0 record. His 0.75 ERA ranks 13th in all of Division I.

Power bats Andre Lipcius and Benito Santiago lead the Volunteer offense, as Lipcius went 3-for-four against ETSU with two homers. He leads the team with 27 hits and 21 RBI.

Santiago leads the Vols with a .342 batting average and leads the SEC in doubles with 10. His doubles mark also ranks ninth nationally, while ETSU’s Christian Bailey (Kingsport, Tenn.) ranks just behind him with nine two-baggers.

The last meeting went in favor of ETSU, as the Bucs put together a four-run ninth inning after trailing 7-6 to gain a 10-7 lead late. Heading into the bottom half, closer Aaron Maher moved to the mound, allowing a two-run homer before retiring the final outs to earn the save.

In the 10-9 win March 2, Chris Cook went 4-for-6 with an RBI, while Jackson Greer (Knoxville, Tenn.) and Sean Kearney (Powell, Tenn.) each represented their hometown with one two-RBI hits each. Caleb Longley (Cleveland, Tenn.) touched home for three of the 10 runs.

Last season, the Bucs and Vols faced off three times — once in Johnson City, once in Knoxville and once again at Smokies Stadium in Kodak, Tennessee for the home-away-neutral three game series. The Bucs took Game One 10-2 at Thomas Stadium before UT won 8-1 and 9-2 in Knoxville and Kodak, respectively.