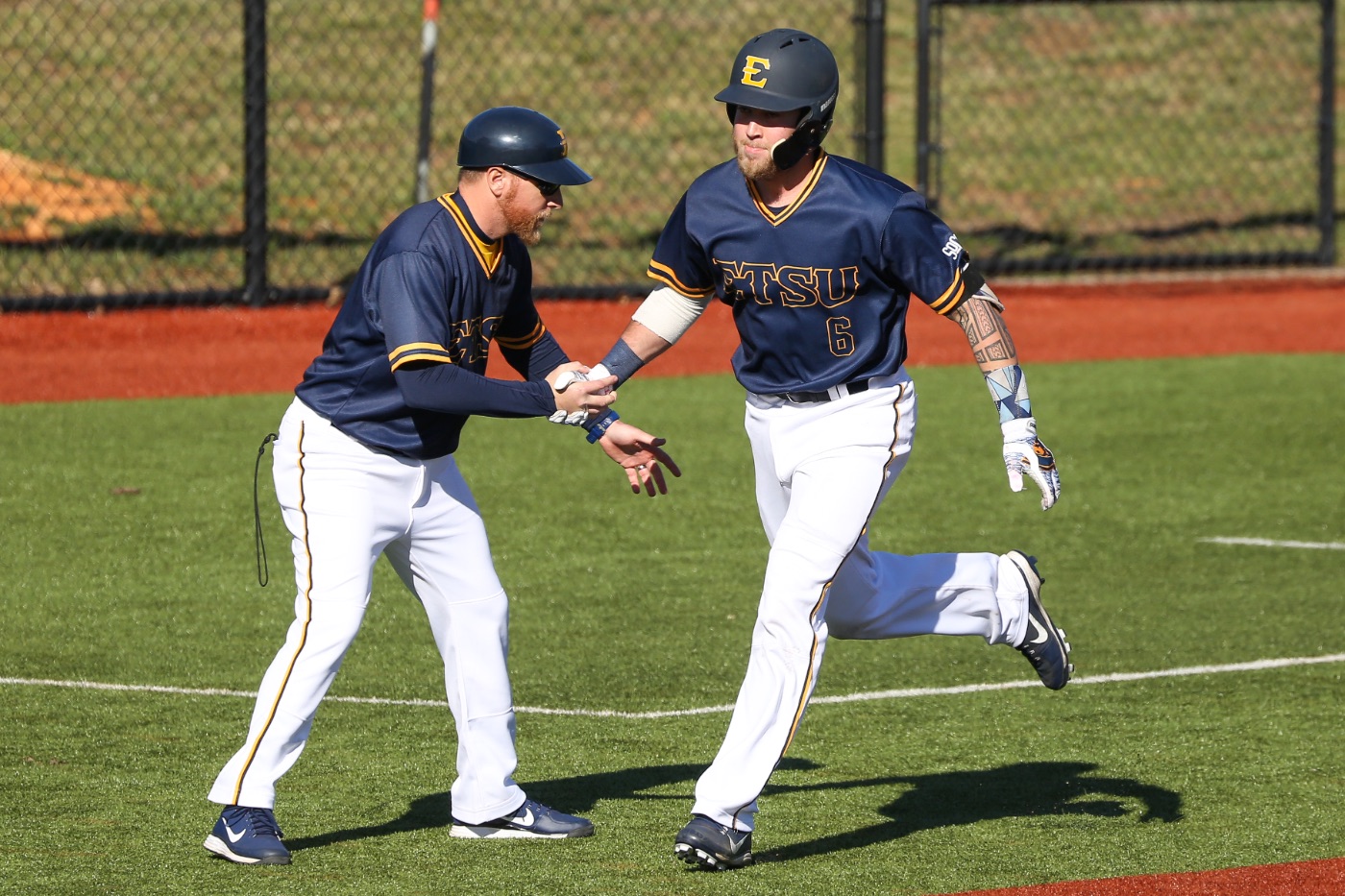 The Bucs gained their first lead of the game in the seventh inning, scoring four runs before the stretch to take a come-from-behind 9-6 victory over the Vols in midweek action.

With the win, ETSU improves to 11-6 on the year and 2-0 against Tennessee this season. The Bucs now secure the series win with one game left to play in Johnson City April 17.

For the second time in two contests with the Vols, hometown hero Jackson Greer (Knoxville, Tenn.) had a big hand in the win. From the nine hole, the sophomore catcher had a couple of hits, two runs and two RBI. Both RBI came in the third inning off a two-run bomb to left field.

The bottom of the order went a combined 5-for-7 on the day, as senior Hunter Parker (Chattanooga, Tenn.) went 2-for-2 with a couple of doubles, two walks and a hit by pitch —reaching in all five at bats and scoring a career-high four runs.

Giambalvo picked up the win, helping the Bucs remain in striking distance in order to later take the lead with 2.0 scoreless innings and just two hits allowed. Korzybski picked up his first save of the season, pitching the last two innings allowing just one hit with no runs.

Greer’s homer helped ETSU cut an early 4-0 deficit in half, as Tennessee hit an RBI single and a three-run homer in the first inning. The Bucs made it three unanswered after an RBI single by Cook in the fourth.

After the Vols plated their fifth run on an RBI double to left, the Bucs answered in the sixth inning with Jackson’s RBI single to score Parker. ETSU tied it up with Bailey’s infield single, scoring Greer with the bases loaded.

The Vols would once again drive home another run to take the lead at 6-5 in the bottom frame, but ETSU began a four-run onslaught to grab the lead for good in the seventh. ETSU finished the inning with four runs on two hits and two Tennessee errors.

The Bucs will head back to Johnson City for a day or two before reloading the bus for Birmingham to kick off conference play with Samford. First pitch in the series opener is set for 6 p.m. CST.