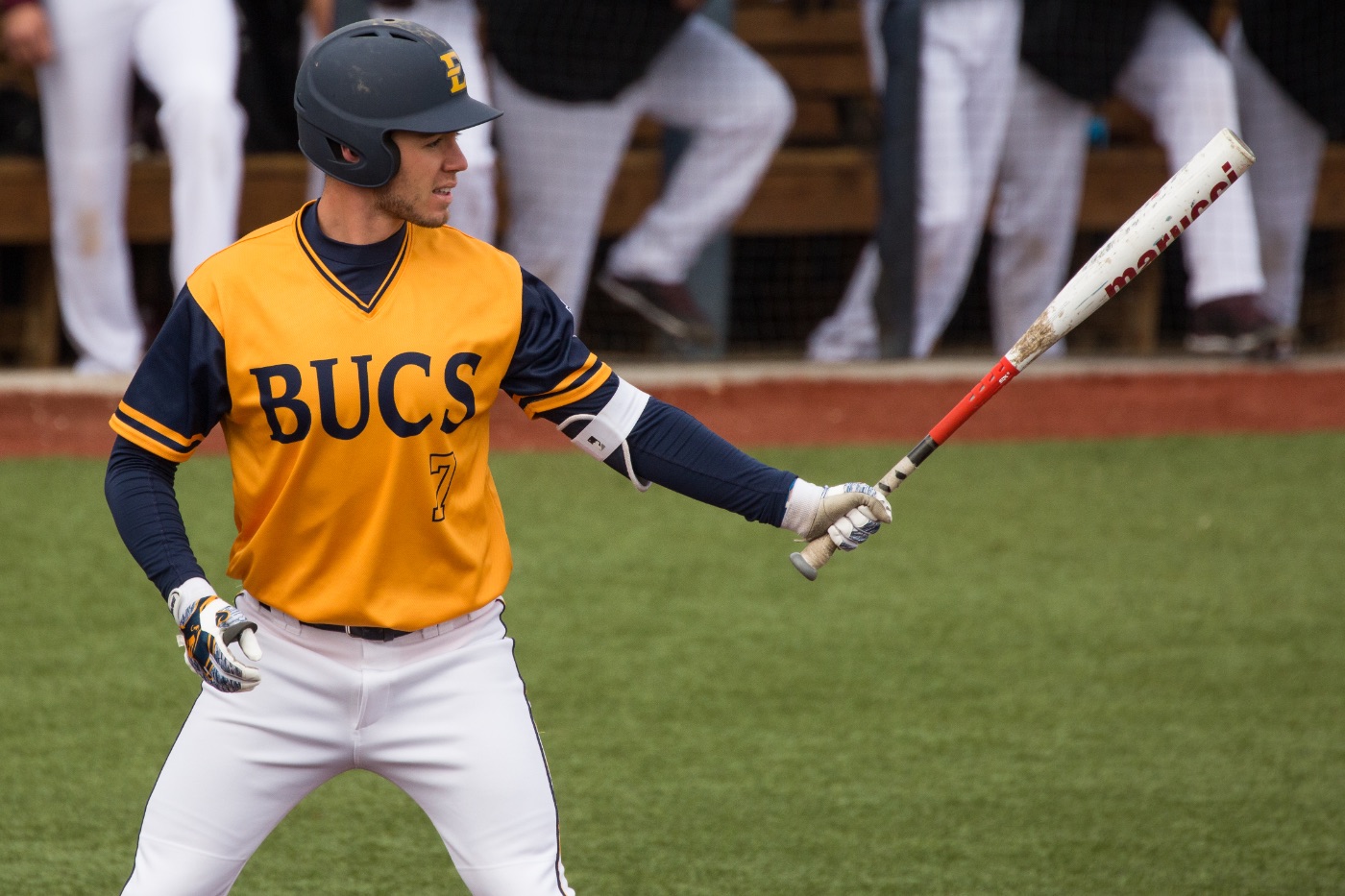 After the Bucs took an early 4-0 lead in the fourth inning with four RBI by Caleb Longley (Cleveland, Tenn.), Samford scored four unanswered runs to tie things heading to the eighth. ETSU would then surge ahead in the final frames to win the conference opener.

Freshman Ben Jackson (Guyton, Ga.) drove in the go-ahead runs with a two-RBI single, doing so with the bases loaded and two outs.

In the ninth, ETSU added an insurance run after Longley singled to left, moving senior Aaron Maher (Brentwood, Tenn.) to third base. After Longley advanced to second, Samford muffed the throw, allowing Maher to slide in safely in a crazy sequence of events.

First year ETSU head coach Joe Pennucci picked up his first-career victory over a SoCon opponent with the road win.

“It’s always exciting to win the first game of a series, much less a conference series,” Pennucci said. “We had some clutch hitting, we hit well and that is typically the recipe for success — especially in a tough league like the Southern Conference. Samford is a good team that can really pitch, and I anticipate a really competitive series.”

The Bucs plated two early runs to kick off conference play in the first inning. Longley returned to the starting lineup for the first time in six days and blasted a two-out, two RBI double off the left field wall in a 3-2 count.

After taking an early 2-0 lead, Longley continued his triumphant return with a two-run homer into left-center field. His team-leading fourth bomb of the season doubled ETSU’s lead to 4-0.

The senior slugger finished 4-for-5 with a home run, two doubles, a single, one run and four runs batted in to break his minor slump.

“It was good to get that first hit and get some of the pressure off,” Longley said. “After that, I got my confidence back — and that’s the main thing. As much as I had to lie to myself this week, it was nice to see some results and settle back in with some good swings.”

Samford would answer back with three runs off a couple of home runs by Brooks Carlson and Blaine Smith, cutting ETSU’s lead to 4-3.

The two homers would be two of just four hits allowed by ETSU starter Micah Kaczor (Tampa, Fla.), who left the game in a winning situation. In 6.1 innings of work, Kaczor gave up three runs while striking out seven batters. He allowed just one walk and hit one batter.

Junior James Giambalvo (Alhambra, Calif.) came into a tough situation with runners on the corners and one out in the seventh. Samford hitter Branden Fryman rolled a safety squeeze bunt to score the runner from third, tying the game at four runs apiece.

Giambalvo would remain in the game, recording the final six outs to improve to 3-0 on the season. The California native — playing in Alabama for the first time — finished with 2.2 scoreless and hitless innings.

For the game, Jackson finished 3-for-5 with a couple of RBI, while Maher added two hits and three runs. Chris Cook (Kingsport, Tenn.) and Maher each had steals on the day.