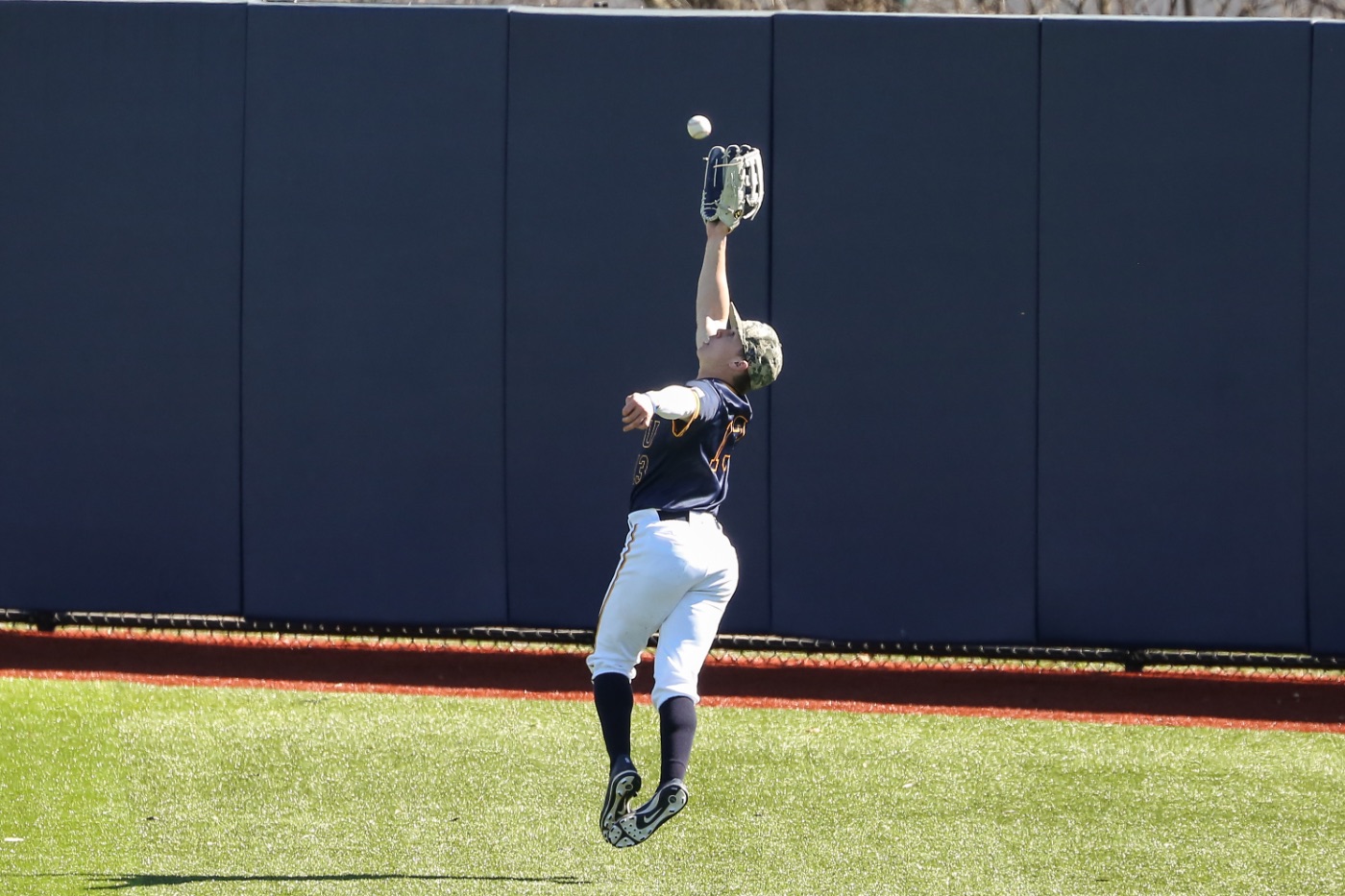 ETSU now holds a 12-7 overall record and will have an opportunity to win the first conference series of the season tomorrow, March 25 at 2 p.m.

Samford scattered five runs through five innings to take an early lead. ETSU scored a couple of runs in the seventh inning, but the comeback attempt fell short to force a rubber match for Sunday.

In the seventh, sophomore Cullen Smith (Lebanon, Tenn.) came off the bench to pinch hit for the first time this season — missing his first start this year. Smith singled in a run to score Caleb Longley (Cleveland, Tenn.) to put the Blue and Gold in the run column.

Beam had two doubles to lead ETSU’s offense, serving as his first career multi-base hits. Cook added two hits for the Bucs, while senior Hunter Parker (Chattanooga, Tenn.) added a double in his only at-bat.

Senior Saturday starter Ryan Simpler (Lewes, Del.) pitched six innings in the loss, striking out eight hitters without a walk despite the loss (2-3). Samuel Strickland picked up the win for Samford, improving to 3-0.

ETSU had a couple of opportunities in the third and eight innings for key runs in striking distance situations, but solid defensive plays by Samford kept ETSU off the scoreboard.

A better opportunity will present itself tomorrow for ETSU, as the Bucs will look to win the series Sunday afternoon. First pitch for the rubber match is set for 2 p.m.