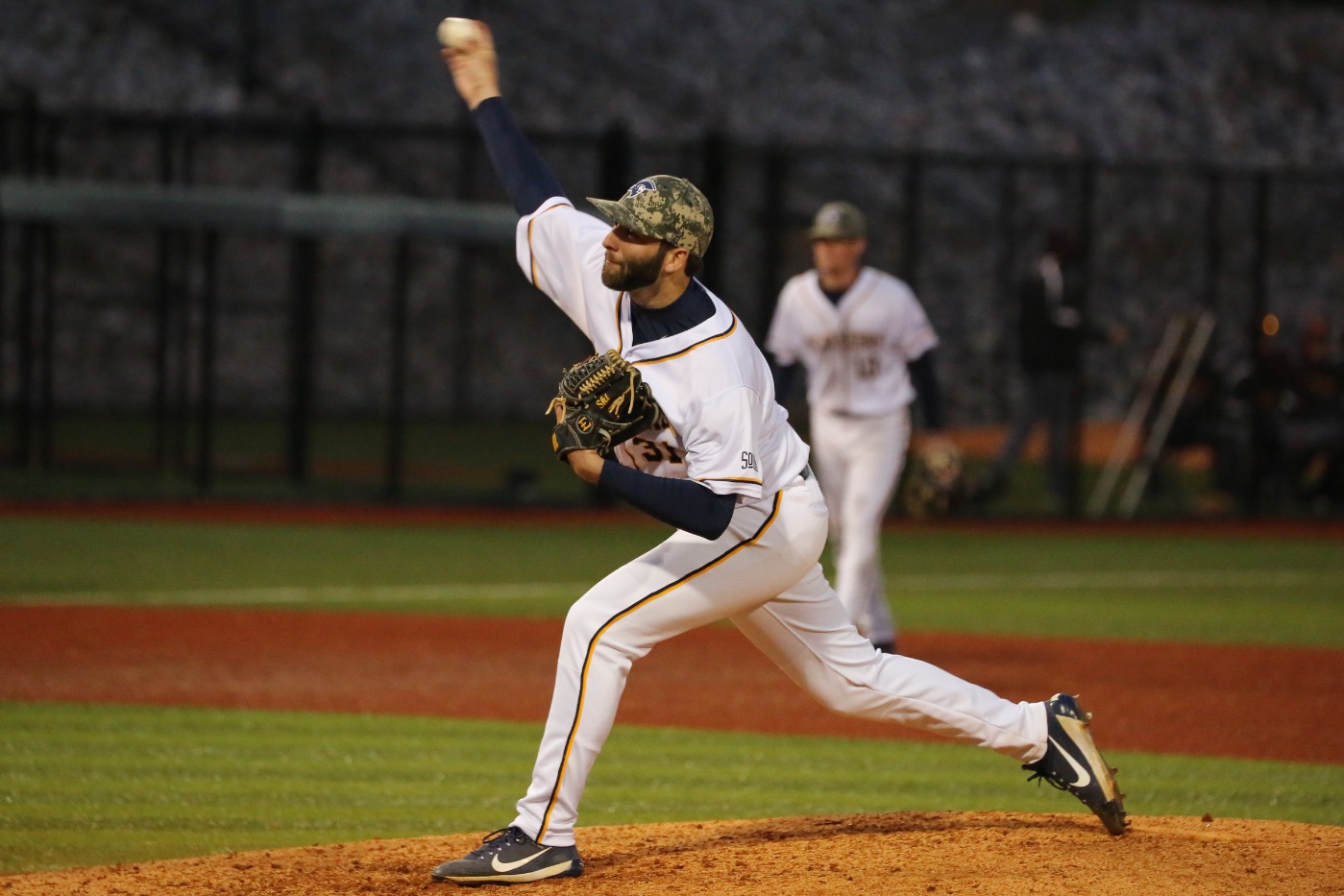 BIRMINGHAM, Ala. (March 25, 2018) – The rubber match of ETSU’s conference opening series with Samford was decided on the rubber, as a strong pitching effort provided the Bucs with a 2-1 win Sunday afternoon.

Koesters earned the start for the fourth time this year, winning as the pitcher of record for the second time in his career. The redshirt junior went 4.1 innings, allowing just one run and leaving the game with a lead. Koesters also punched out two hitters while walking just one.

Turning in one of his most impressive career outings, Korzybski picked up where Koesters left off. The senior pitched 4.0 innings, allowing just two hits after pitching 3.2 scoreless and hitless innings. Korzybski also had a couple of strikeouts.

Giambalvo came in for the ninth inning with one out already recorded, using nine pitches to pick up the final two outs and close the door. The California native struck out the final hitter in a 3-2 count to seal the win.

All the scoring for both teams came in the fifth inning.

In the top half, ETSU remained patient and sandwiched a walk in between two hit-by-pitches to load the bases. Samford pitcher Stephen Jones issued his fourth straight free pass by walking Aaron Maher (Brentwood, Tenn.) to move everyone up the base and net the first run of the game.

After making a pitching change, Samford allowed a fifth straight hitter to reach as two-hole Ben Jackson (Guyton, Ga.) remained patient in a 3-1 count to lay off and draw the base on balls.

Taking a 2-0 lead into the bottom half, Samford scored its only run on a wild pitch by Korzybski after one-out double allowed by Koesters. It would not be enough as Korzybski sailed out of the inning and held the lead for ETSU.

The Bucs had two hits on the day, as freshmen David Beam (Knoxville, Tenn.) and Jackson each tallied hits. Jackson ripped his first career double in Sunday’s contest.

After playing the last seven contests in color uniforms, ETSU returns home for the first time since sweeping Winthrop over two weeks ago — the Bucs will host UNC Asheville at Thomas Stadium Tuesday, March 27 at 6:30 p.m.