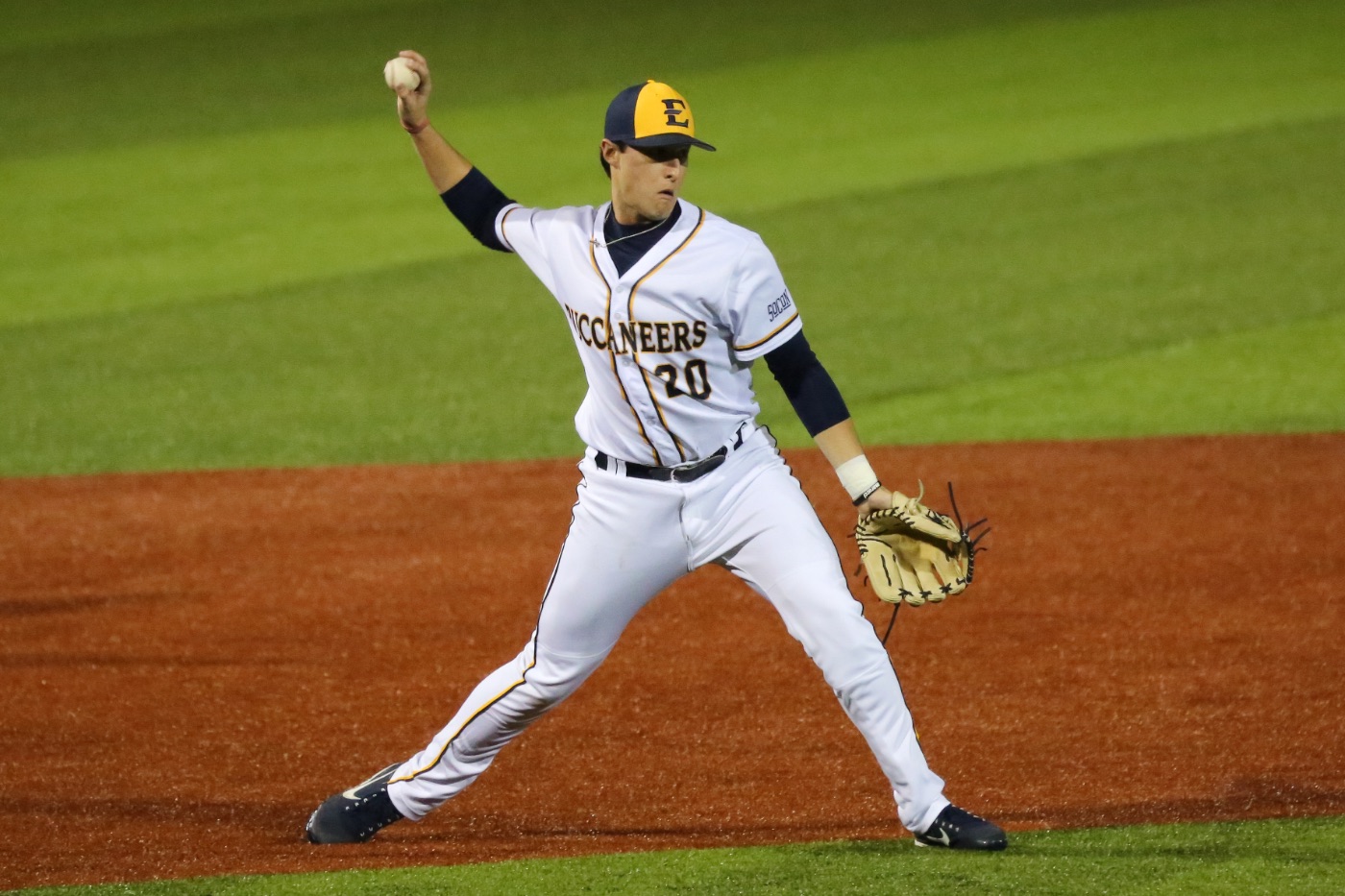 The Bucs will greet the UNCA Bulldogs after knocking off the Samford Bulldogs in a three-game series to open conference play last weekend. ETSU played its last seven games on the road, including a series with William & Mary and a midweek victory over Tennessee in Knoxville.

Junior right-hander Daniel Sweeney (Johnson City, Tenn.) is expected take the mound for ETSU, making his third start and fifth appearance. UNCA will counter with righty Beau Nichols, who brings one start into Johnson City with a 0-1 record and 3.12 ERA.

The game will be broadcasted on the SoCon Digital Network with play-by-play announcer Mike Gallagher on the call. Live stats will also be available for the contest.

ETSU won its conference opening series against Samford last weekend in Birmingham, Ala. with a 7-4 win on Friday and a 2-1 win in the series finale Sunday. Samford took Game Two on Saturday afternoon, 6-2.

The series win marked the first for ETSU skipper Joe Pennucci, who is in his first season as a head coach.

Senior Caleb Longley (Cleveland, Tenn.) broke a 1-for-16 slump dating back two weeks in the game against Samford, returning to the lineup for the first time in three games to go 4-for-5 with a homer, two doubles and four RBI in the series opening win.

In the same game, freshman Ben Jackson (Guyton, Ga.) went 3-for-5 with a couple of RBI on a single. He also roped his first career double in the series finale and leads the Bucs with a .361 batting average and a .481 on-base percentage.

On the pitching side, ETSU found most of its success on Sunday. Starter Russell Koesters (Kingsport, Tenn.) picked up his first win of the season, throwing 4.1 innings and allowing just one run with four hits, one walk and two punchouts.

Senior Drew Korzybski (Knoxville, Tenn.) took over for Koesters and threw 3.2 hitless innings. He finished by allowing just two hits with no runs in 4.0 innings, one walk and two strikeouts for one of his career best long relief appearances.

Junior James Giambalvo (Alhambra, Calif.) had a noteworthy weekend as well, closing the door in the finale to earn the save. He also picked up his third win of the year in Game One to improve his record to 3-0. For the series, he threw 3.1 innings without allowing a hit, run or walk. Giambalvo now has an ERA of 1.62 through 16.2 innings.

The Bulldogs are 6-16 on the season and are six games into Big South Conference play, holding an even 3-3 record. UNCA took on Liberty last weekend, taking one of three in a Friday doubleheader nightcap.

Offensively, Carmine Pagano leads the pack with a .326 batting average, including .462 last weekend with a pair of doubles against Liberty. Tyler Serricchio and Brandon Lankford charge the attack with a combined 28 RBI, including four from Serricchio last weekend.

On the hill, ETSU will have to contend with Beau Nichols, a freshman righty who is tossing a 3.12 ERA in six appearances, one start and 8.2 innings. Nichols pitched 2.1 innings in relief last weekend, allowing three hits but no earned runs.

Eric Whitecavage and Kole Harris combined for 2.1 innings, no hits, no runs and three strikeouts last weekend and are potential relief players for Tuesday. Harris leads the team with three saves, while each of the two sport a 3.86 ERA in 16 combined appearances.

UNCA took the last contest in 2017, defeating ETSU in Johnson City, 6-4. The earlier matchup in Asheville that season was canceled due to winter weather constraints.

ETSU’s last win against Asheville came March 2, 2016 with a 9-1 win in Johnson City. Aaron Maher went 4-for-4 in that game with a double and three singles, while Caleb Longley recorded a triple in a pinch-hitting situation.