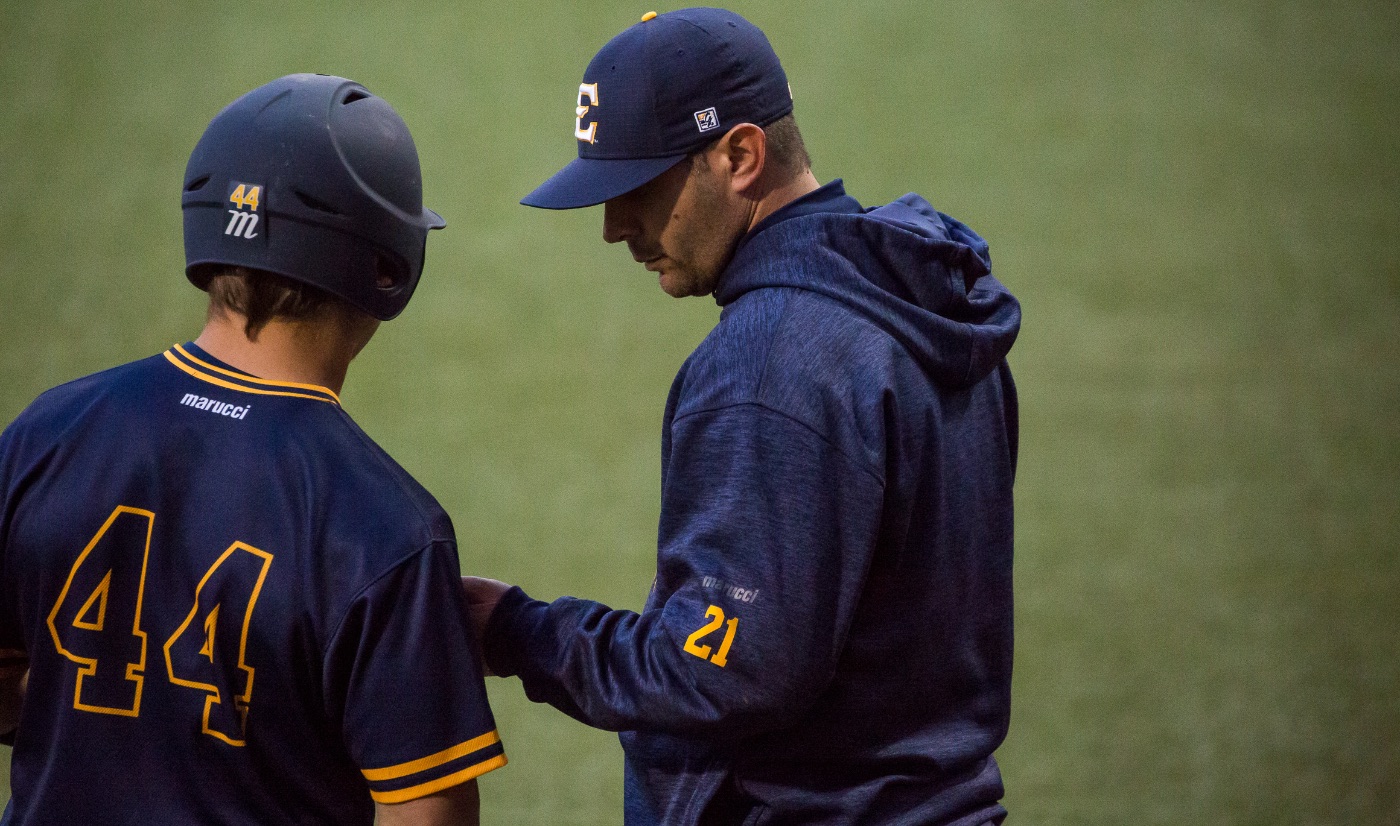 It appeared ETSU would carry some momentum into the second contest with a solid ninth inning, picking up yesterday’s game with a runner on first and nobody out. Brock Beeler (Knoxville, Tenn.) entered to pitch and immediately forced a double play and finished the inning with a strikeout.

Heading to the bottom half trailing 10-3, senior Aaron Maher (Brentwood, Tenn.) blasted a solo homer into right center field for his fourth of the season. The Blue and Gold could not produce any more runs, ending the opener at 10-4.

Game two began at 5:16 p.m. with Ryan Simpler (Lewes, Del.) getting the nod for ETSU. The Bears would open play with an RBI single by All-American JT Thomas, but Simpler would work out of the inning.

In the fourth inning, Mercer took a 2-0 lead with Drew Lingo’s solo home run. Simpler would quickly recover again after allowing a run with nobody out, recording the next three outs without a run.

The Bucs would respond with an action-packed fourth inning to take the lead. After back-to-back singles by Kingsport natives Chris Cook and Christian Bailey, senior Caleb Longley (Cleveland, Tenn.) dropped a double near the left field line, scoring Cook for ETSU’s opening run.

In the following at-bat, Cade Gilbert (Ringgold, Ga.) chipped one to first base, scoring Bailey from third with an RBI groundout to tie the contest. Two batters later, freshman David Beam (Knoxville, Tenn.) singled in the go-ahead run with a hard hit grounder up the middle.

Simpler would allow one more run in the fifth on an RBI single by David Posas. He later left the game in the sixth inning with a no decision, tossing 114 pitches with three runs allowed six strikeouts to two walks.

Coming into the game with a low 1.62 ERA, James Giambalvo (Alhambra, Calif.) was tasked with the tough challenge of preventing Mercer’s nationally ranked offense off the scoreboard in the seventh.

The Bears scored the go-ahead run with an RBI single to take the lead for good, causing Giambalvo to pick up his first loss of the season. The junior transfer falls to 3-1 on the season and now has a 2.04 ERA.

The final run was scored off Maher, who closed the final two innings. He allowed just two hits, one of which was an infield RBI single to shortstop.

The Bucs are now 14-9 on the season and will look to avoid being swept for the first time in the Joe Pennucci era when it returns to Thomas Stadium for the series finale. First pitch between ETSU and Mercer is set for 1 p.m.