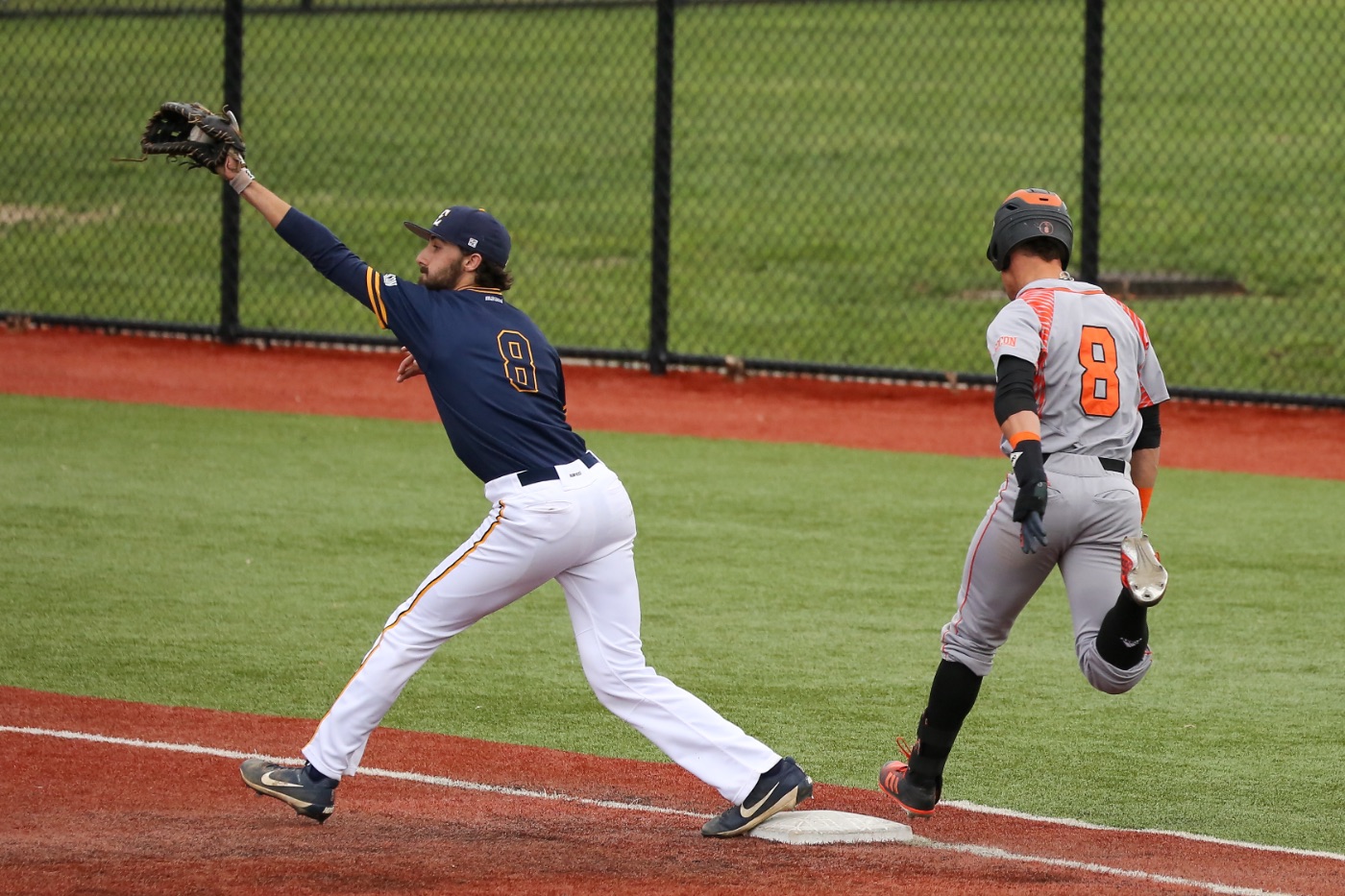 JOHNSON CITY, Tenn. (March 31, 2018) – ETSU baseball held the nation’s third ranked scoring offense to one run for most of the game, but a late rally allowed Mercer to defeat the Bucs 8-4 in the series finale Saturday afternoon.

Senior Russell Koesters (Kingsport, Tenn.) took the hill against a Mercer team who ranks in the top five in scoring, on base percentage, home runs and hits. He allowed just one run on six hits through six innings in a quality start.

After Koesters’ final inning, ETSU’s offense piled on the runs in the bottom frame. The tying run came across as Chris Cook (Kingsport, Tenn.) singled through the right side to bring home freshman Sean Kearney (Powell, Tenn.).

Two at-bats later, senior Caleb Longley (Cleveland, Tenn.) changed the game with a double off the right center wall, driving in Cook and Christian Bailey (Kingsport, Tenn.) to give ETSU a 3-1 lead.

Cade Gilbert (Ringgold, Ga.) followed Longley in the six spot, continuing ETSU’s rally with an RBI single up the middle to give the Bucs a 4-1 lead.

After a smooth seventh inning for the Drew Korzybski (Knoxville, Tenn.) and the ETSU defense, Mercer began to surge back with six outs to go.

The Bears added a couple of eighth inning runs on an RBI single and wild pitch before scoring five ninth inning runs to take an 8-4 lead. The go ahead runs came on a bases loaded triple by David Posas — one of six Mercer starters to hit above .300 this season.

The Bucs fall to 14-10 overall while Mercer improves to 23-6. The loss marks the first time since last season ETSU suffered a series sweep.