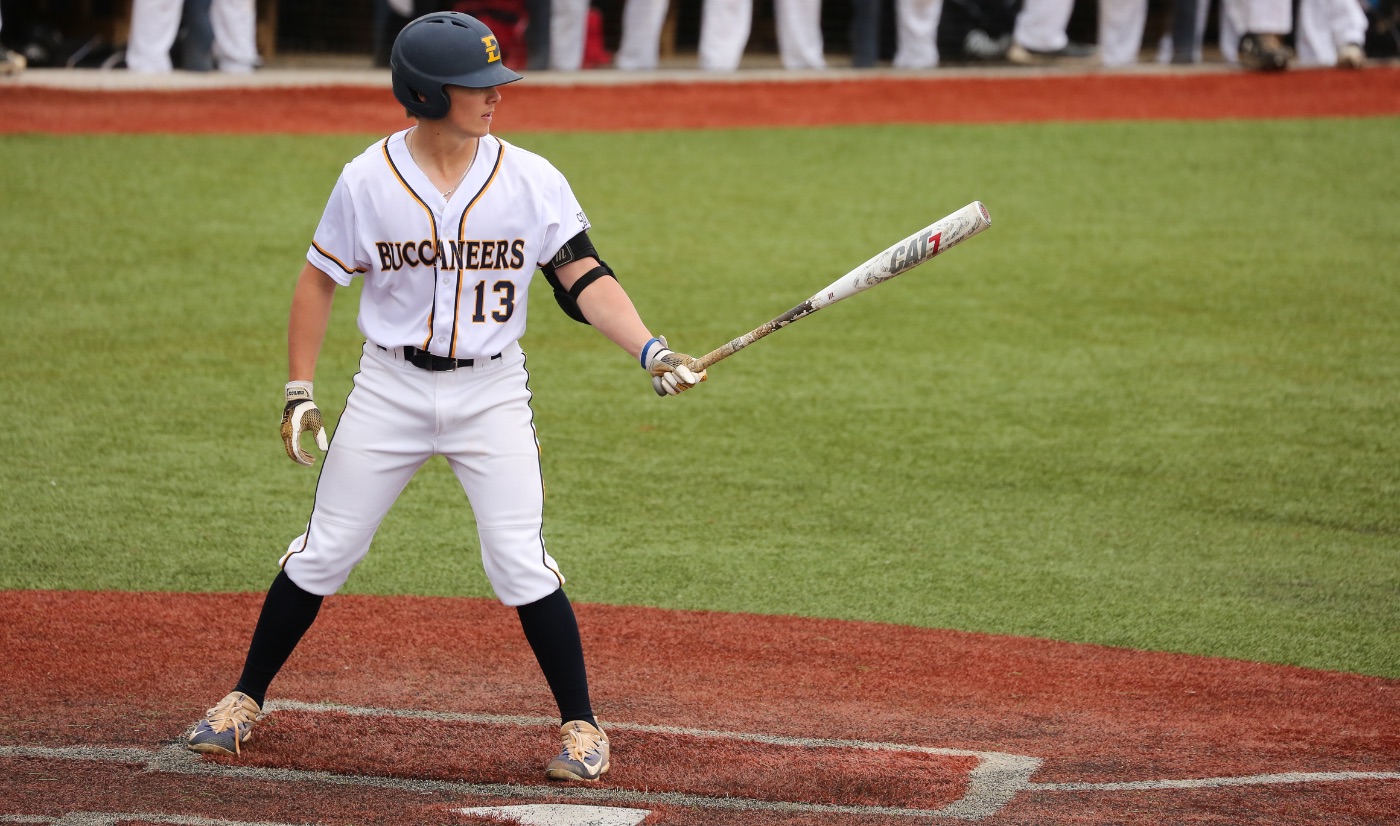 JOHNSON CITY, Tenn. (April 6, 2018) – Trailing 8-4 heading to the eighth inning, ETSU rallied with a three run inning but could not finish the comeback as VMI took the series opener Friday afternoon, 8-7.

With the win, VMI snaps a seven game losing streak to ETSU as the Bucs had won nine of the last 10 heading into the weekend. ETSU falls to 15-11 on the season and 2-5 in conference play, while VMI improves to .500 with a 14-14 record and 4-3 in SoCon games.

The Bucs found themselves in an early 5-0 hole thanks to a solo shot and grand slam in back-to-back homers by VMI’s Will Malbon in the third and fourth innings.

ETSU freshman centerfielder David Beam (Knoxville, Tenn.) had an answer for VMI’s middle man, nailing his first career home run into left center to make it 5-1. His homer came after fouling off two hits in a 3-2 count.

Later in the inning, senior Aaron Maher (Brentwood, Tenn.) continued chipping into the lead with an RBI single up the middle to score Cade Gilbert (Ringgold, Ga.). Maher nearly had a three-run homer later in the game that barely hooked foul, taking away a key rally starter in the eighth.

Beam would return in the next inning, jacking his second homer of the game into the exact same spot as his first one, scoring himself and Chris Cook (Kingsport, Tenn.) to make it a 5-4 game.

With Beam’s two hit day, he improves to a team-high .389 batting average against Southern Conference pitchers. On the season, Beam is hitting exactly .300. Cook finished 3-for-4 with a couple of runs and an RBI. Gilbert added two hits for the Bucs.

The Keydets would answer with a three run inning in the seventh, putting the Bucs behind 8-4 heading into the stretch. But ETSU would make things interesting in the eighth.

Coming off his first career win as a pitcher two days ago at Radford, sophomore Carter Linton (Kingsport, Tenn.) entered in relief and threw two scoreless innings to keep ETSU in striking distance.

In the bottom frame, Cullen Smith (Lebanon, Tenn.) and Jackson Greer (Knoxville, Tenn.) each drew walks to put leadoff runners on base. After VMI flied out the top two hitters in the order, Cook hit an RBI single to pull the Bucs within two runs.

In the next at-bat, after Nathan Eaton entered to pitch from third base in a save situation, senior Christian Bailey (Kingsport, Tenn.) broke an 0-for-3 slump with an RBI double, scoring Cook and Greer to make it a one-run game.

Eaton would retire Caleb Longley (Cleveland, Tenn.) with a tough groundout in a tough out to end the rally, as Longley worked a full count in a strong at-bat. Eaton would go on to earn his first save this season in the ninth by recording the final three outs.

The two squads hope to be back in action tomorrow at 2 p.m. inside Thomas Stadium, depending on weather expected to affect the Tri-Cities. Follow ETSUBucs.com and @ETSU_Baseball on Twitter for updates as the happen.