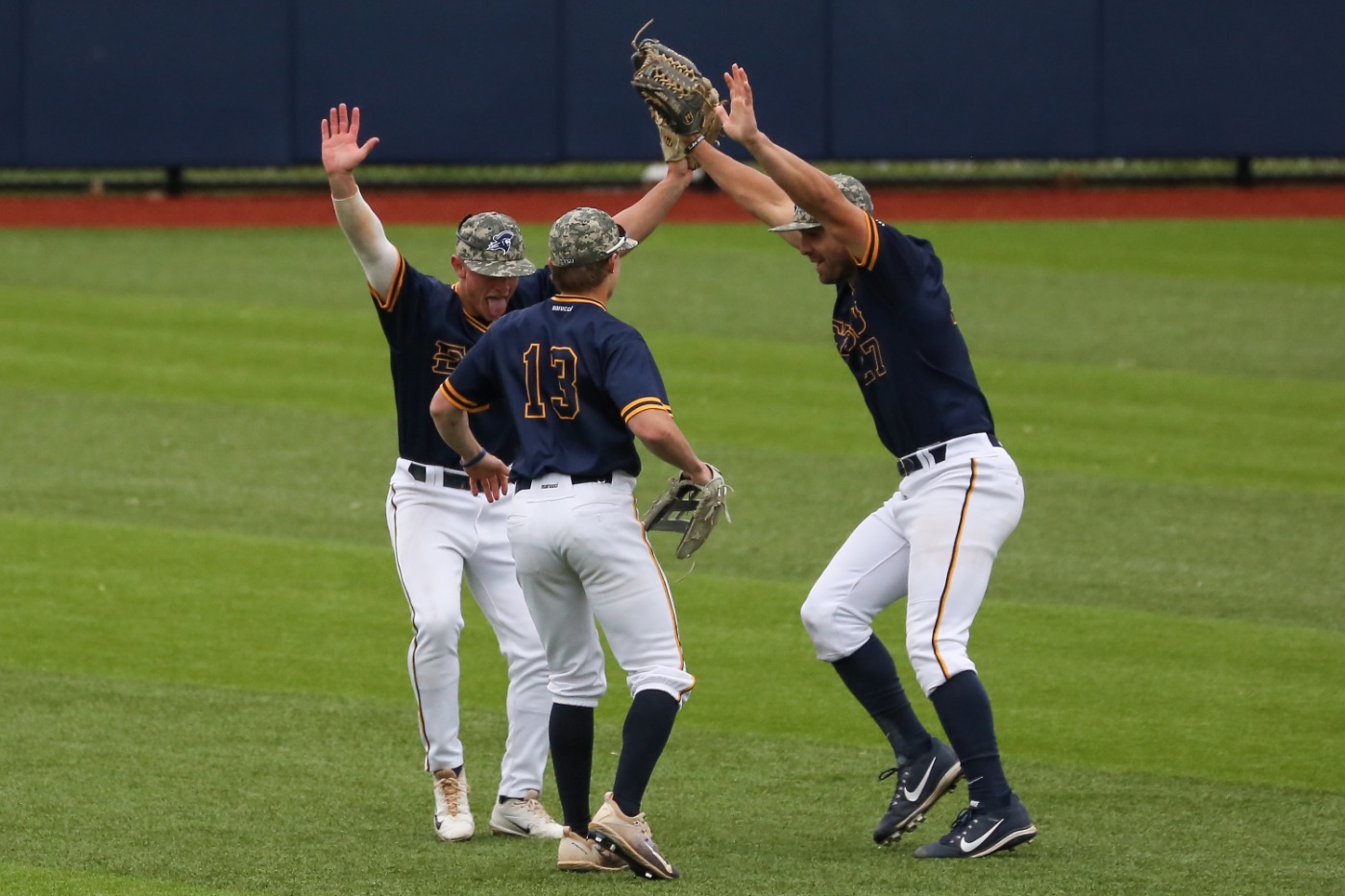 The Blue and Gold will look to sweep the two-game season series against EKU with a win tomorrow, as ETSU won the first contest 12-7 in Johnson City on March 7.

ETSU comes into the weekend off a series win over VMI, taking the final two games in a double header Sunday by scores of 6-4 and 7-3.

Junior Daniel Sweeney (Johnson City, Tenn.) is expected take the mound for ETSU for his fifth start. Sweeney holds a 1-0 record and started all four midweek wins for the Bucs. The Colonels expect to counter with senior righty Bryan Quillens, who has made 13 appearances with no starts.

ETSU enters tomorrow’s contest with a 17-11 record and a 13-6 record in non-conference contests. The Bucs continue to stand as the second highest ranked SoCon school in the RPI, remaining in the Top 100 at 82nd — Mercer leads in 49th and Furman is now 88th.

The Bucs finished 3-1 last week and won their second conference series in three tries with the two wins over VMI Sunday.

For the week, senior shortstop Chris Cook (Kingsport, Tenn.) emerged as the offensive catalyst, finishing 7-for-14 on the week with a homer, two doubles, six runs, four RBI, two walks and a stolen base. He also slashed .500/.566/.857 to cap off an impressive week.

After making his recent move to third in the batting order a little over two weeks ago, Cook now leads the team with a .336 average, a .415 on-base percentage, 38 hits and 24 runs.

Senior first baseman Christian Bailey (Kingsport, Tenn.) continues to hover over .300, batting .324 and leading the team with 25 RBI and 11 doubles on the season. He cracked a couple of doubles and tallied three RBI last week.

Freshman outfielder David Beam (Knoxville, Tenn.) arguably swings the hottest bat for ETSU at the moment, raising his average from .192 to .293 in the last ten games. After hitting two overt he fence against VMI for his first career home runs, he earned a spot batting second in the lineup.

On the pitching side, ETSU’s Ryan Simpler (Lewes, Del.) picked up a quality start and a win against VMI Sunday, allowing three earned runs through 7.0 innings. Simpler also struck out eight while walking one and is ranked No. 20 in the nation for strikeout-to-walk ratio at 7.71.

The duo of Simpler and Micah Kaczor (Tampa, Fla.) has a combined total of 107 strikeouts on the season through eight starts apiece.

Sunday starter Russell Koesters (Kingsport, Tenn.) also picked up a quality start Sunday, tossing a career high 109 pitches and allowed two runs off four hits with five strikeouts. Koesters is 2-0 and has a 3.82 ERA this season — the lowest among ETSU starters.

Maher also picked up a save against VMI, making his seventh pitching appearance of the season. Through two innings, Maher shut out the Keydets and allowed one just hit.

Coming into the week with three appearances on the season, sophomore Carter Linton (Kingsport, Tenn.) impressed with three more appearances last week. He allowed two hits but no runs in 2.2 innings of relief, including the final three outs against Radford in his first win as a Buc.

The Colonels enter play with a 15-17 record and are 8-4 in the Ohio Valley Conference. EKU riding a three game win streak coming off a sweep over conference foe SIU-Edwardsville. The team has won six of its last seven contests, scoring at least 10 runs in the last four games.

Cornell Nixon is another threat for EKU, as he sports a .313 batting average and has swiped 16 bases in 19 attempts to lead the OVC. Nixon’s steals per game ranks No. 10 in the nation.

Alex Holderbach is the team’s key producer with a team-high seven homers and 38 RBI this season. He also leads EKU with a .591 slugging percentage and a .440 on-base percentage.

As a pitching staff, EKU holds a team ERA of 6.24, a number that significantly rose after allowing 22 runs against Xavier in non-conference action last week. Through seven starts, Austin Perry has a team low 3.73 ERA through 31.1 innings.

A pitcher ETSU could see aside from Quillens tomorrow is Aaron Ochsenbein, who has four starts and five saves for EKU. He is 2-1 on the season with a 6.00 ERA.

The Colonels lead the all time series with a 52-38-1 record through 91 games.

With four hours separating Johnson City and Richmond, the Colonels are ETSU’s fourth most storied opponent at 91 matchups, trailing only Appalachian State (136), Western Carolina (101) and VMI (96).

In the 12-7 win this season, ETSU scored a season-high for runs in the contest and would later match that against UNC Asheville. Chris Cook lead the way with his 4-for-5 night. Senior Christian Bailey and sophomore Cullen Smith added three hits apiece.

Also in that game, ETSU allowed the Colonels to take a 4-3 lead with a four-run fourth inning. The Bucs would then remedy the situation with six runs in the bottom frame. ETSU also added three more runs in the fifth and sixth innings to pad the runs. EKU started a three run rally in the ninth, but would fall short.

Prior to this season, the last meeting between the two schools took place April 20, 2016 in a single-game meeting in Richmond. The Bucs tied a season high with 17 runs in a historic 17-8 victory over the Colonels, as every starter had at least one hit and scored at least one run in the win.

Another then sophomore, Ryan Simpler was one of eight pitchers to earn playing time in the game, facing four batters with three strikeouts and no hits, walks or runs allowed.