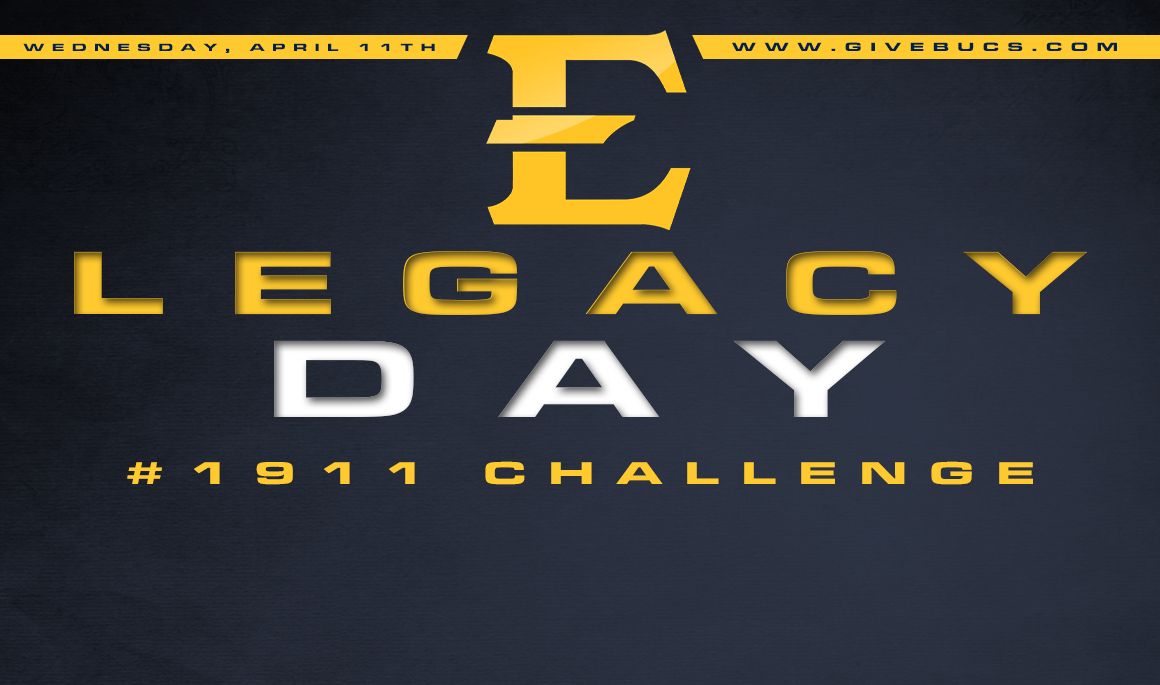 JOHNSON CITY, Tenn. (April 9, 2018) – For the second straight year, the ETSU Department of Intercollegiate Athletics will launch a special day of giving in support of Buccaneer student-athletes on Wednesday, April 11th.

Called “Legacy Day,” the annual event asks its own personnel – as well as all ETSU fans – to visit www.givebucs.com and join the 1911 Legacy group by donating a minimum of $111, which gives everyone a chance to leave their mark on the new William B. Greene Jr. Football Stadium and the athletic department as a whole. By making this $111 donation, it provides the donor an opportunity to put a 30-character recognition plaque on the 1911 Legacy wall located on the north end of the new stadium.

The goal for the 1911 Legacy group is to reach a total of 1,911 individuals who have made a $111 gift, and Wednesday’s efforts will go a long way toward reaching that objective. In addition to a social media push, the program will also be making phone calls to former student-athletes, as well as current fans, donors and alumni to ask for their participation.

Over the past year, the Embrace Excellence Initiatives have raised over $6 million for athletic projects.

Along with making a donation, ETSU would like to ask those that give to challenge others through social media. After making their donation, record a video and share it on Facebook, Twitter, Instagram and other social media outlets. An example of the script for your video and the text for your social media challenge could look like this:

Hey Buc fans, I just made my Legacy Day donation in support of ETSU’s student-athletes. Now I’m challenging (insert name(s), to do the same. Go to GiveBucs.com to learn more and join the 1911 Legacy. Go Bucs! #1911Challenge #ETSUTough

Beyond “Legacy Day,” fans can also learn more about the Embrace Excellence Initiatives – which include the Letter Winner Legacy and Family Legacy – by visiting www.givebucs.com.