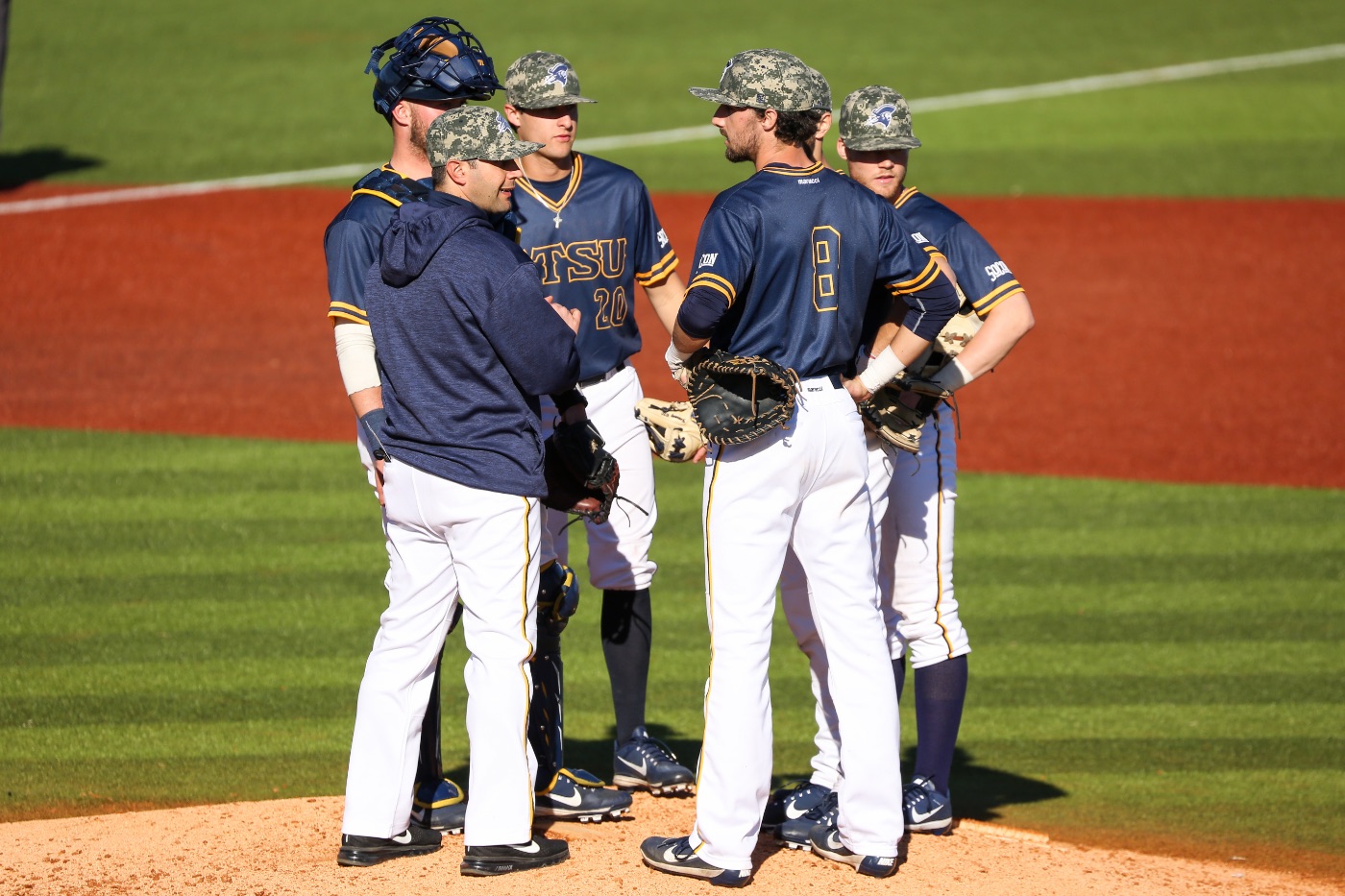 RICHMOND, Ky. (April 9, 2018) – An early 4-0 lead would not hold up for ETSU, as Eastern Kentucky cracked the code and handed the Bucs their first midweek loss with a 9-4 final in Richmond Tuesday evening.

With the loss, ETSU is now 4-1 in midweek games and resultantly splits the two-game season series with the Colonels.

At the top of the order, senior Aaron Maher (Brentwood, Tenn.) sent one back up the middle to score a couple of runners from scoring position. Later, Maher would pick up his third RBI with a sac fly to center to bring in Cullen Smith (Lebanon, Tenn.).

Junior Daniel Sweeney (Johnson City, Tenn.) earned his fifth start of the season and threw two scoreless innings before being relieved for the weekend. He allowed one hit and struck out two in eight batters faced.

EKU rallied back to tie in the fourth with four runs, using three singles and a couple of walks to even the contest.

In the fifth, EKU would take the lead as Jacob Abbott, a defensive sub from the previous inning, drove in the go-ahead run. ETSU’s Logan Gentry (Kingsport, Tenn.) would then enter and record the final two outs.

In the seventh, ETSU’s top of the order loaded the bases with nobody out. Eastern Kentucky would escape the situation with a strikeout and a double play to keep the Bucs off the board. EKU would take advantage and plate three more to seal the win.

Maher led the offense with two hits and three RBI from the leadoff spot, while freshman David Beam (Knoxville, Tenn.) reached in all four of his plate appearances with three walks and a hit by pitch.

The Bucs return to conference action this weekend with a three game series at UNCG April 13-15. The series opens in Greensboro, N.C. Friday night with a 6 p.m. start time.