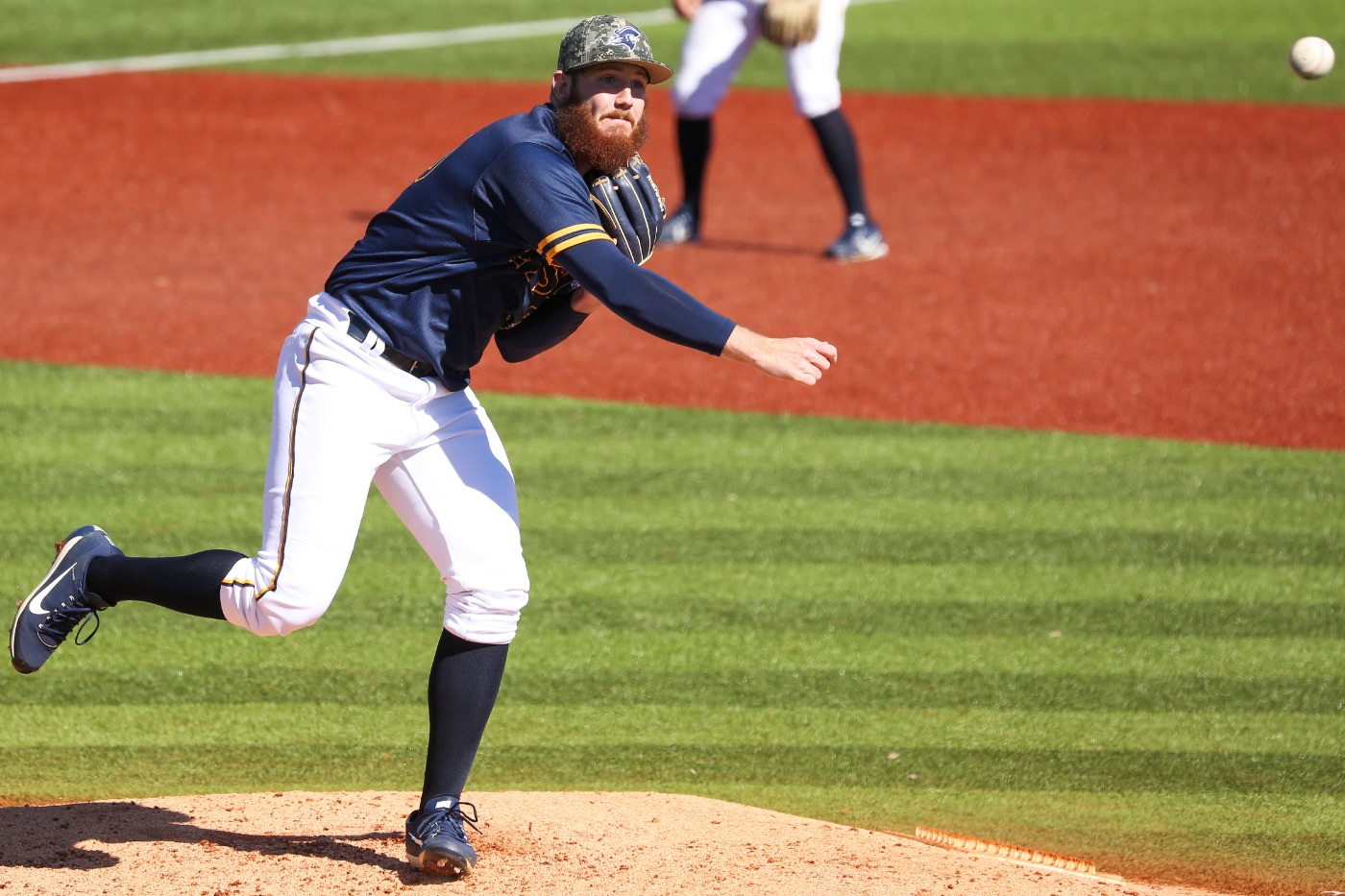 As usual, live stats will be available for all three games this weekend provided at the links below.

As of today, ESPN has moved to a subscription-based platform called ESPN+. UNCG will stream the first two games of the series on this platform. Fans can subscribe to ESPN+ on their Watch ESPN App.

Game three will be broadcast on the SoCon Digital Network free of charge.

ETSU heads into the weekend with a 17-12 overall record and are 4-5 in conference play. The Bucs are the second highest ranked SoCon school in the RPI, remaining in the Top 100 at 82nd — Mercer leads in 49th and Furman is now 88th.

Jumping to an early 4-0 lead Tuesday, the Bucs dropped their first midweek game of the season, falling to Eastern Kentucky 9-4 thanks to nine unanswered Colonel runs.

On the pitching side heading into the weekend, ETSU’s Ryan Simpler (Lewes, Del.) picked up a quality start and a win against VMI Sunday, allowing three earned runs through 7.0 innings. Simpler also struck out eight while walking one and is ranked No. 20 in the nation for strikeout-to-walk ratio at 7.71.

Simpler enters the weekend looking to match his success against UNCG last season, as he had his career best outing against the Spartans. Simpler threw a complete game shutout against one of the top offenses in the nation, throwing 108 pitches in the 9.0 innings, striking out seven and limiting UNCG to six hits.

The duo of Simpler and Micah Kaczor (Tampa, Fla.) has a combined total of 107 strikeouts on the season through eight starts apiece.

Sunday starter Russell Koesters (Kingsport, Tenn.) also picked up a quality start Sunday, tossing a career high 109 pitches and allowed two runs off four hits with five strikeouts. Koesters is 2-0 and has a 3.82 ERA this season — the lowest among ETSU starters.

Last week, senior shortstop Chris Cook (Kingsport, Tenn.) emerged as the offensive catalyst, finishing 7-for-14 on the week with a homer, two doubles, six runs, four RBI, two walks and a stolen base. He also slashed .500/.566/.857 to cap off an impressive week.

Cook brought an eight game hitting streak into Richmond, Ky. last week, but could not extend it to nine against EKU.

After making his recent move to third in the batting order a little over two weeks ago, Cook now leads the team with a .336 average, a .415 on-base percentage, 38 hits and 24 runs.

Senior first baseman Christian Bailey (Kingsport, Tenn.) continues to hover over .300, batting .312 and leading the team with 25 RBI and 11 doubles on the season. He cracked a couple of doubles and tallied three RBI last week.

Freshman outfielder David Beam (Knoxville, Tenn.) arguably swings the hottest bat for ETSU at the moment, raising his average from .192 to .293 in the last ten games. After hitting two over the fence against VMI for his first career home runs, he earned a spot batting second in the lineup.

Maher also picked up a save against VMI, making his seventh pitching appearance of the season. Through two innings, Maher shut out the Keydets and allowed one just hit.

Coming into the week with three appearances on the season, sophomore Carter Linton (Kingsport, Tenn.) impressed with three more appearances last week. He allowed two hits but no runs in 2.2 innings of relief, including the final three outs against Radford in his first win as a Buc.

Leading the conference with a 5-1 record against VMI and Western Carolina, the Spartans have jumped out to a 24-8 overall record through the first half of the season. When in Greensboro, the Spartans are 15-4.

UNCG has the nation’s fourth highest batting average and are seventh in total hits. The Spartans are just as lethal on the base paths and with the gloves, posting the nation’s seventh best stolen base total at 63 and the No. 5 fielding percentage at .984.

Andrew Moritz and Cesar Trejo lead the UNCG lineup, as each has started all 32 games and have batting averages over .400 to rank first and second in the SoCon. The duo also ranks in the national top 10 with .418 and .413 averages, respectively.

On the mound, UNCG’s pitching staff ranks No. 13 nationally in strikeouts per nine innings and are second in the conference behind Mercer. Reliever Jack Maynard leads the SoCon with a 8.83 strikeout to walk ratio, proving to be a steady arm with 18 appearances and a 1.91 ERA through 42.1 innings.

After ETSU shutout the Spartans 11-0 to open last season’s series in Johnson City, UNCG took the final two games by finals of 9-7 and 12-3.

Since rejoining the SoCon, UNCG has won each series, although, the Bucs and Spartans have had some close battles. Seven of the 10 contests have been decided by two runs or less.