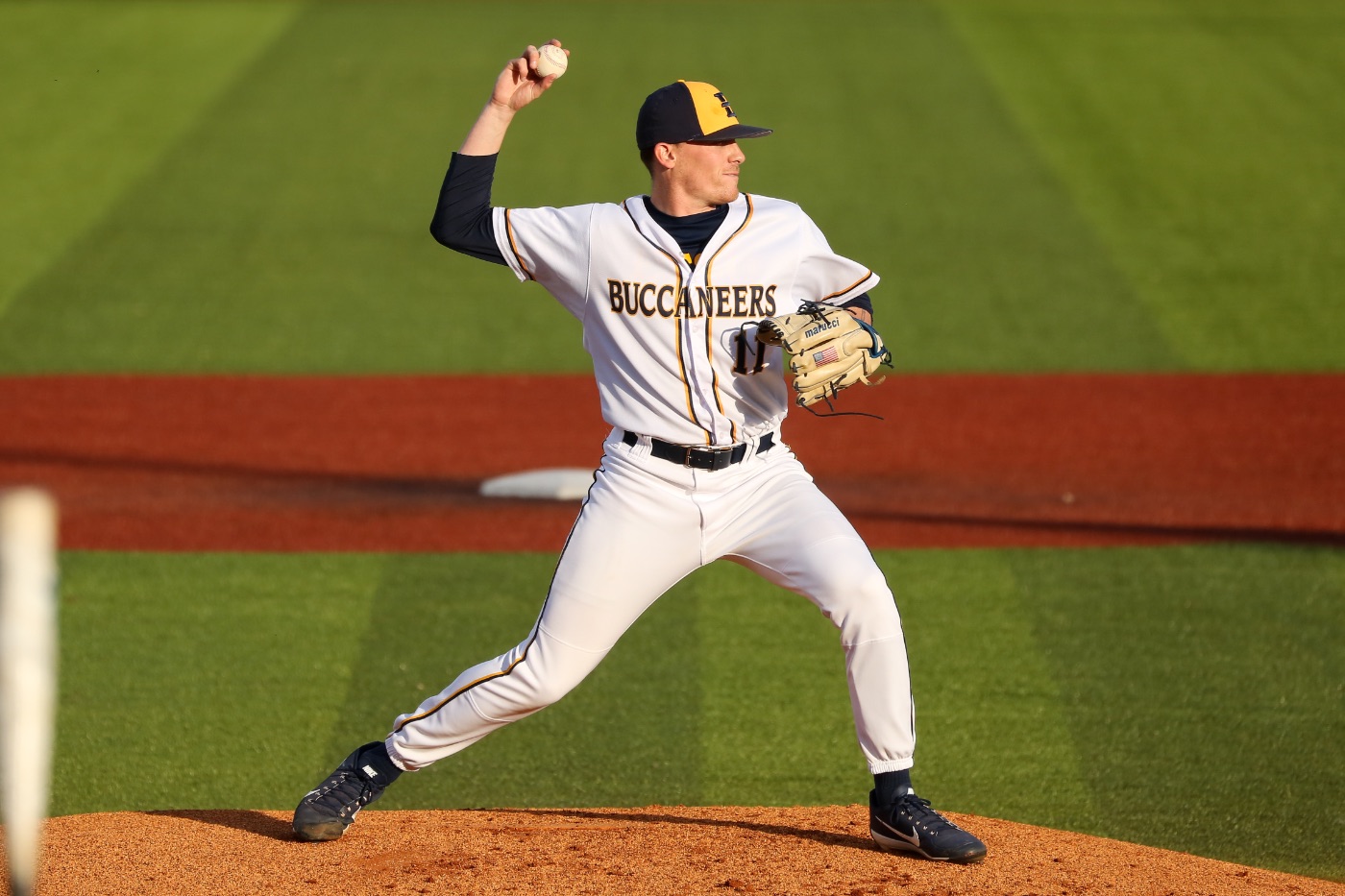 GREENSBORO, N.C. (April 13, 2018) – Just when it seemed ETSU baseball had all the momentum, one swing of the bat changed the entire game in favor of the UNCG Spartans.

With ETSU ahead 4-3 in the bottom of the eighth, UNCG loaded the bases with two outs. In a two strike count, UNCG catcher Ryan Clinch lined one over the right field wall to take the lead and eventually give UNCG the series opening win in Greensboro Friday night, 7-4.

Despite allowing the grand slam, junior Micah Kaczor (Tampa, Fla.) overcame an early deficit and had a strong night on the mound, recording 15 consecutive outs all the way into the eighth inning. Before the homer, Kaczor allowed just two earned runs through 8.2 innings.

The Spartans would take the early lead in the first inning with a couple of RBI singles, scoring two runs.

ETSU would match that total in the following frame, using just two pitches to do so. Senior Christian Bailey (Kingsport, Tenn.) led off with a double in the gap. On the very next pitch, Jackson nailed the first of three ETSU homers to tie the game.

UNCG would regain the lead in the third inning with a single to right field, advancing a runner to third. On the play, ETSU would attempt to throw out the hitter advancing to second, but a defensive miscue allows an unearned run to cross.

After this play, Kaczor would go to work and retire 15 consecutive base runners into the eighth inning before the late rally began.

ETSU built its own momentum in the middle innings, tying with Longley’s solo shot to center field that eclipsed 400 feet in the sixth inning. In the seventh, Greer would give the Bucs a 4-3 lead with a homer to right center.

For the game, six of ETSU’s nine starters would record at least one hit, led by Greer’s two-hit game.

UPDATE: The Bucs will return to action tomorrow for a double header to close the series. The first of two games will begin at 2 p.m. followed by the series finale immediately following.