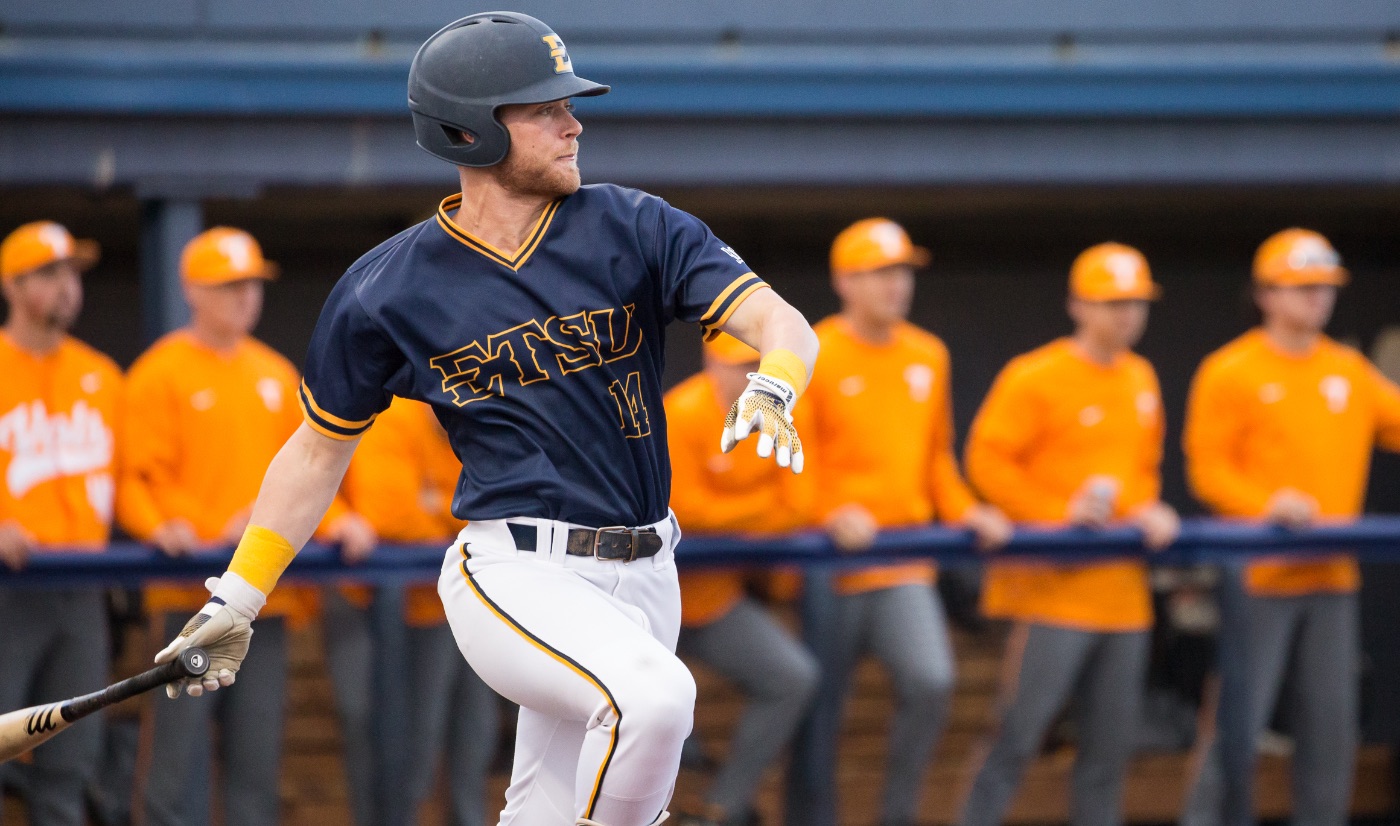 Despite the defeat, ETSU takes the season series 2-1 thanks to two wins in Knoxville earlier this year.

Sophomore Cullen Smith (Lebanon, Tenn.) led the Bucs with two hits on the day, hitting safely in his first and final at-bats. Five other players would record a hit for ETSU, including senior Chris Cook (Kingsport, Tenn.) who has now hit safely in 11 of his last 12 games.

The Vols struck first with an RBI single in the opening frame and would later add two runs in the second. Tennessee extended its lead with another unanswered run in the fourth inning, as Benito Santiago would hit the first of three RBI.

ETSU had its chances to answer, including a bases loaded situation in the sixth inning. Three runners were left stranded with the tying run at the plate, as Tennessee starter Will Heflin tight-roped out of the inning.

Tennessee finished with 10 hits — nine of which came in the first four innings.

With its back against the wall, the Bucs held the Vols hitless for then next 4.1 innings and would begin a late comeback rally in the eighth.

After each runner moved up a base on a wild pitch, senior Caleb Longley (Cleveland, Tenn.) drove home ETSU’s first run with a deep sacrifice fly to right field. Tennessee would strand Beam on third to end the inning.

Santiago would add two insurance runs for Tennessee in the ninth, singling home two runners through the right side. ETSU applied an infield shift to prevent a run from scoring, but Santiago would take advantage with a perfectly placed soft roller.

The Bucs would attempt one last surge, as freshman Ben Jackson (Guyton, Ga.) entered as a defensive replacement making his first at-bat of the game. Jackson would double home fellow Peach State native Cade Gilbert (Ringgold, Ga.) to make it 6-2.

Tennessee would then record the final out to cap the game and avoid the season sweep.

The Bucs will take a break from SoCon play this weekend as they travel to New Orleans to face Tulane April 20-22. First pitch for Friday’s series opener is set for 6:30 p.m.