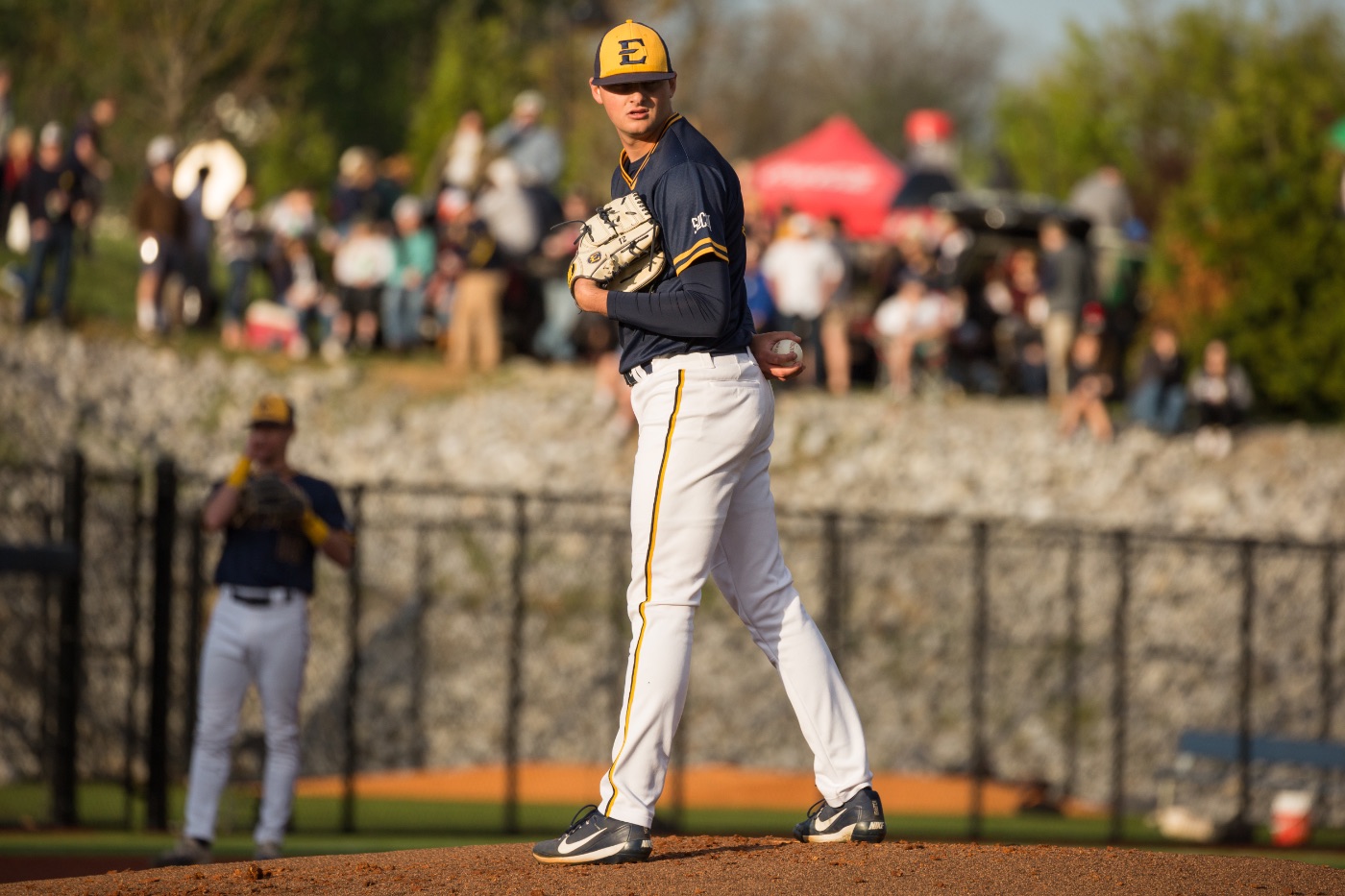 ETSU baseball faces Green Wave for the first time since 1983

JOHNSON CITY, Tenn. (April 19, 2018) – For the first time in over 30 years, ETSU baseball will enter a three-game series at Tulane. First pitch in the series opener from New Orleans is set for 7:30 p.m.

This matchup involves the only two known teams in all of Division I to throw immaculate innings this season — nine pitches for three strikeouts. Junior Daniel Sweeney (Johnson City, Tenn.) did so first against UNC Asheville before Tulane’s Will McAffer joined him two weeks later.

ETSU will take a one-week hiatus from conference play, as this weekend’s series marks the last three-game series with a non-conference foe. The other eight SoCon teams will play conference series this weekend.

The Bucs (18-15, 5-7 SoCon) have fallen in four of their last five games for just the second time this season and will look to right the ship this weekend.

Both ETSU and Tulane faced SEC schools this week. The Bucs just missed out on a three-game sweep of Tennessee with a 6-2 loss, while the Green Wave earned a 10-9 walk-off victory over LSU at home.

Despite Tennessee defeating the Bucs 6-2 in Johnson City Tuesday night, ETSU took the series with two wins in Knoxville earlier this season. The Bucs will look to rekindle some of their early momentum this weekend before the second half of conference play arrives.

The starting pitching duo of Ryan Simpler (Lewes, Del.) and Micah Kaczor (Tampa, Fla.) has a combined 120 strikeouts on the season through nine starts apiece.

Against UNCG’s nationally ranked offense, both Simpler and Kaczor went on impressive streaks. Simpler retired 16 straight hitters into the eighth inning, while Kaczor retired 15 in a row during his start before UNCG rallied back in the eighth.

In the last five games, sophomore Cullen Smith (Lebanon, Tenn.) has wielded the hot bat. He has six hits in those contests, including two hits on Tuesday to lead ETSU.

Senior shortstop Chris Cook (Kingsport, Tenn.) leads the team with a .328 batting average with 43 hits this season. Cook — a long time leadoff hitter — recently made a move to the third spot in the batting order.

New leadoff man Aaron Maher (Brentwood, Tenn.) is tied with Cook for a team-high 26 runs, as he bats .291 on the season.

Senior power bats Caleb Longley (Cleveland, Tenn.) and Christian Bailey (Kingsport, Tenn.) continue to produce in the four-five spots. Each are batting above .300 and lead ETSU with 12 doubles. Longley leads the squad with 28 RBI and six dingers.

Out of the bullpen, junior closer James Giambalvo (Alhambra, Calif.) and senior reliever Drew Korzybski (Knoxville, Tenn.) remain the steady arms for ETSU. Giambalvo leads ETSU with a 1.93 ERA through 23.1 innings with four saves, while Korzybski has thrown 30.2 innings with a team-high 15 appearances and a 4.11 ERA.

The Green Wave ride a momentum wave into this weekend, picking up a 10-9 walk-off victory over LSU. The walk-off came via a bases loaded walk in the ninth.

In the LSU game, Tulane answered a 3-0 deficit with seven unanswered runs. LSU scored six unanswered in the final three innings to take a 9-7 lead, but Tulane defended its home field with a three-run ninth.

The Green Wave are just outside the RPI Top 100 and hold a 17-21 record this season. The team has played the nation’s 35th toughest schedule with opponents such as Ole Miss, LSU and Cal State Fullerton on the non-conference docket.

ETSU and Tulane have only played three times, with Tulane winning all three in 1983.