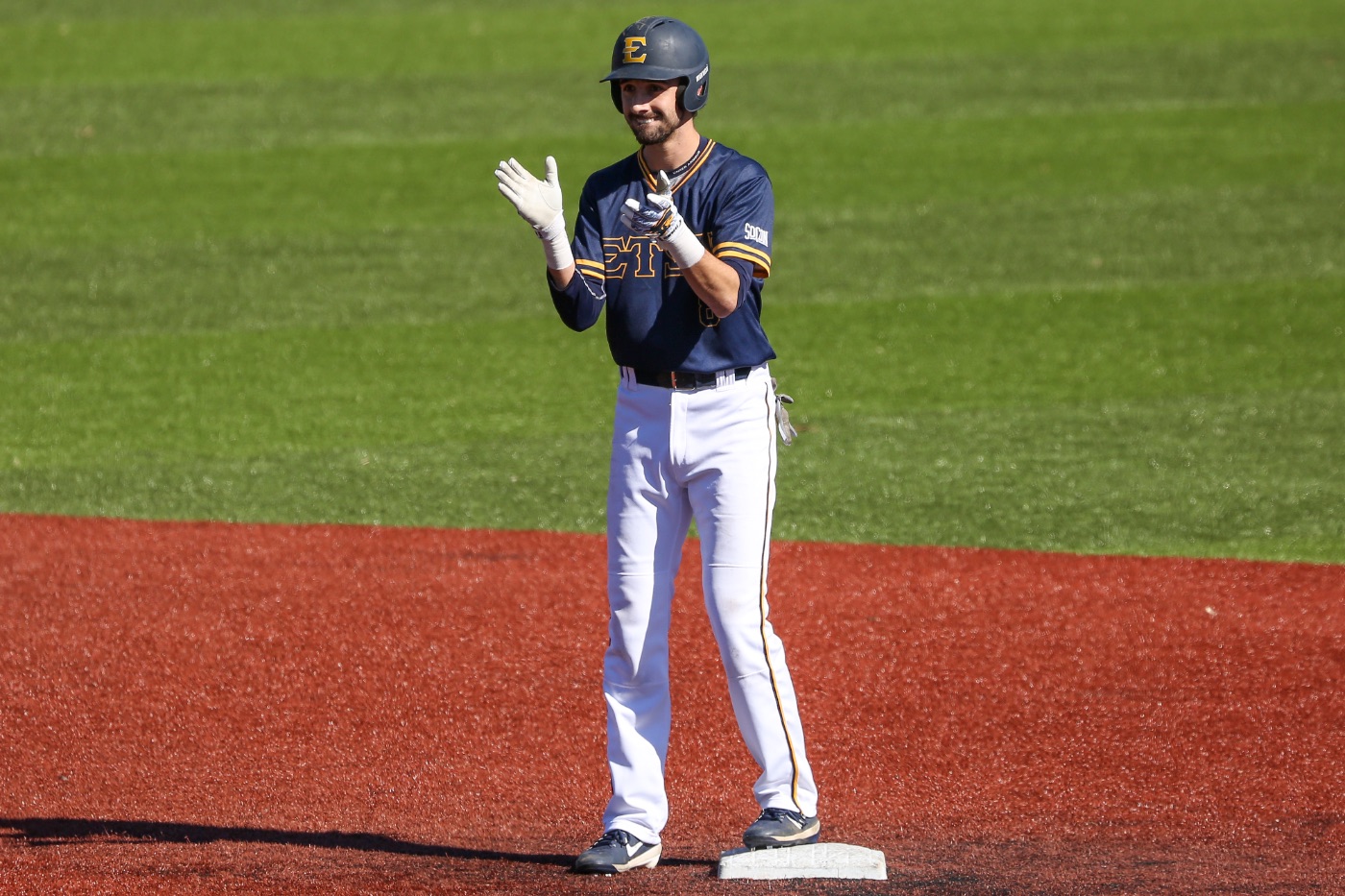 NEW ORLEANS, La. (April 20, 2018) – ETSU baseball seemed to be clicking in every phase of the game Friday night in New Orleans, earning a 9-1 series-opening win over Tulane.

In the second inning, ETSU racked up eight runs — a season-high for ETSU runs in a single frame. The Bucs made 12 plate appearances in the offensive explosion. For the contest, ETSU had 12 hits with five hitters turning in multi-hit performances.

Junior Dominick Stefanacci (Fort Myers, Fla.) dealt the final three innings, picking up the deep save with a scoreless outing. The redshirt junior scattered just three hits and two walks en route to his second save of the year.

In the score-filled second inning, Bailey batted twice and had hits both times. Four other Buccaneer hitters would tally a hit for six in the frame. Bailey finished 3-for-5 with two RBI to lead ETSU.

After Caleb Longley (Cleveland, Tenn.) doubled to leadoff the second, Bailey’s single put runners on the corners. Smith would then open the scoring with an RBI single. Smith and Longley each had two-hit days, both of which were doubles for Longley.

Senior shortstop Chris Cook (Kingsport, Tenn.) added to the damage as ETSU batted around, doubling to the gap in right-center. He scored parker and Jackson Greer (Knoxville, Tenn.) to increase the lead, 5-0. Cook was one of five Bucs to record multi-hit games.

In his second at-bat of the inning, Longley would rip a grounder to short. Tulane shortstop Sal Gozzo booted the hard-hit ball, allowing the Bucs to add two more runs. The final blow came when Bailey landed a double to drive in Longley.

Tulane would score its only run in the sixth before Kaczor would record his final out. Stefanacci then slammed the door by taking care of the final nine outs.

The win snapped a losing spell that saw ETSU drop four of its last five games, as the Bucs improved to 19-15 overall.

ETSU will look to follow up its winning efforts tomorrow at 3 p.m. for the second game of the series. Game times are subject to change. Follow our social media pages for more updates.