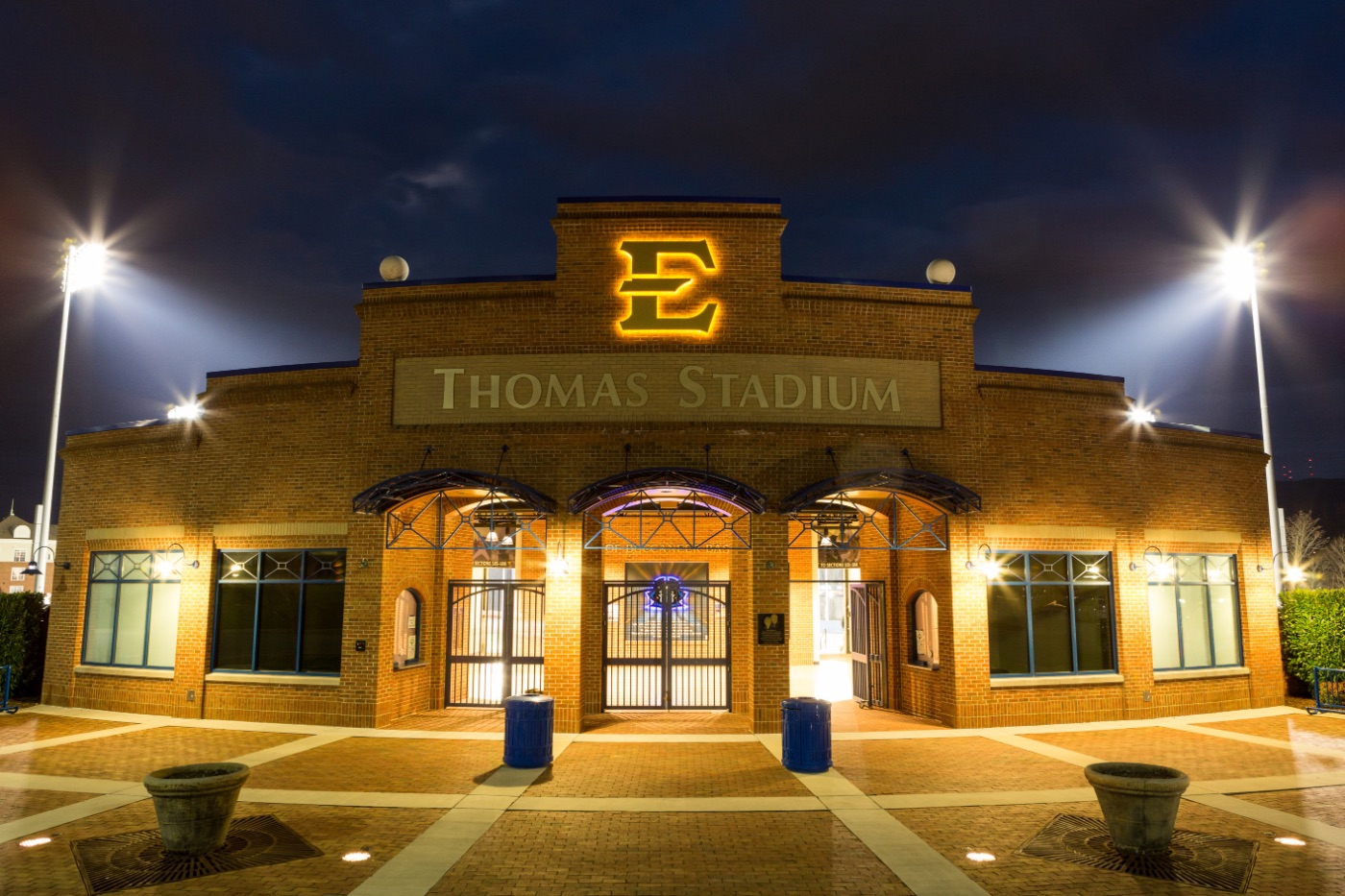 The Bucs will look for the two-game season sweep over Radford for the first time since 2012 — winning the first game this season 9-8 at Radford.

The teams have split the series each of the last four seasons with the host team winning all but once in 2014.

The game will be streamed on the SoCon Digital Network with Mike Gallagher on the call. Live Stats are also available.

ETSU has endured its toughest skid of the season with back-to-back road series against SoCon leader UNCG and Tulane of the American Athletic Conference. The Bucs also sandwiched in a home midweek showdown with in-state rival Tennessee in between each series.

In that stretch, ETSU has dropped five of its last seven. Despite the skid, ETSU has not fallen below .500 at any point this season. The last time ETSU held an even record was at 4-4 before racking up a five-game winning streak.

Last week, Longley was the biggest producer with five runs and six RBI over four contests. Longley had two doubles and two homers to finish with a .750 slugging percentage for the week. The senior also started at first base in ETSU’s series finale against Tulane — playing the position for the first time since doing so at Cleveland State Community College.

Kaczor’s junior college teammate, Dominick Stefanacci (Fort Myers, Fla.), also threw a solid outing for the Bucs in picking up his second career save. Stefanacci relieved Kaczor in the seventh, throwing the final three innings without a score. The redshirt junior allowed three hits and two walks with a pair of strikeouts in the save.

The Highlanders are 17-22 on the season and have won seven of 11 since last hosting ETSU. The team has made up ground since its 2-7 start in Big South Conference play, now sitting at 8-10 with three series wins over Longwood, Winthrop and Charleston Southern.

Despite the tough conference start, Radford has shined when it counts. The team has won two conference tournaments in the last three seasons, winning four straight games as the No. 5 seed in last season’s tournament. The team won 45 games in the 2015 season while also winning the Big South Championship.

Radford sports a roster with six seniors and 23 underclassmen. Redshirt junior outfielder Andrew Szamski leads the Highlanders with a .383/.455/.645 slash line but has only played two games in the month of April.

Sophomore first baseman Spencer Horwitz leads the team in runs scored (30) and is second in RBI’s (27). He has a team-high six homers this year.

As a team, Radford is ranked atop the Big South and is No. 18 in the nation when it comes to triples with 14 this season. Szamski has four, while sophomore infielder Colby Higgerson has three.

Radford’s pitching staff holds a combined 5.16 ERA through 39 games and have six pitchers with at least 30 innings pitched. Krupp, Radford’s projected starter tomorrow, is one of three Highlanders to have started at last five games with an ERA in the 3.00’s. The staff is nearly split with 11 right-handers and seven lefties.

Series History vs. the Highlanders

The Bucs lead the all-time series 26-19 in what’s been a back-and-forth three decades.

Earlier this season, the Bucs took a 9-8 lead late in the road contest and held off a rallying Radford in the ninth to edge the Highlanders.

The final play of that game made the difference, as the winning run stood on first base with one out. Christian Bailey caught a liner at his shoestrings and tagged first to double up the Highlanders and end the game, saving what could have been a multi-base walk-off hit.

The last time Radford came to Johnson City in 2017, the Bucs came out on top with an 8-5 final. In that game, Sweeney picked up his first collegiate victory with a scoreless seventh inning. Sophomore Cullen Smith (Lebanon, Tenn.) also hit his second career homer and had a two-hit performance.

Furthermore, seven of the last nine contests between the cross-state rivals have ended with either a one-run margin or was decided in extra innings.

The first matchup between the two squads took place in 1987 in a two-game series. Radford won the first game 8-3 while ETSU responded with offense in the second game, hitting its way to a 22-4 victory.