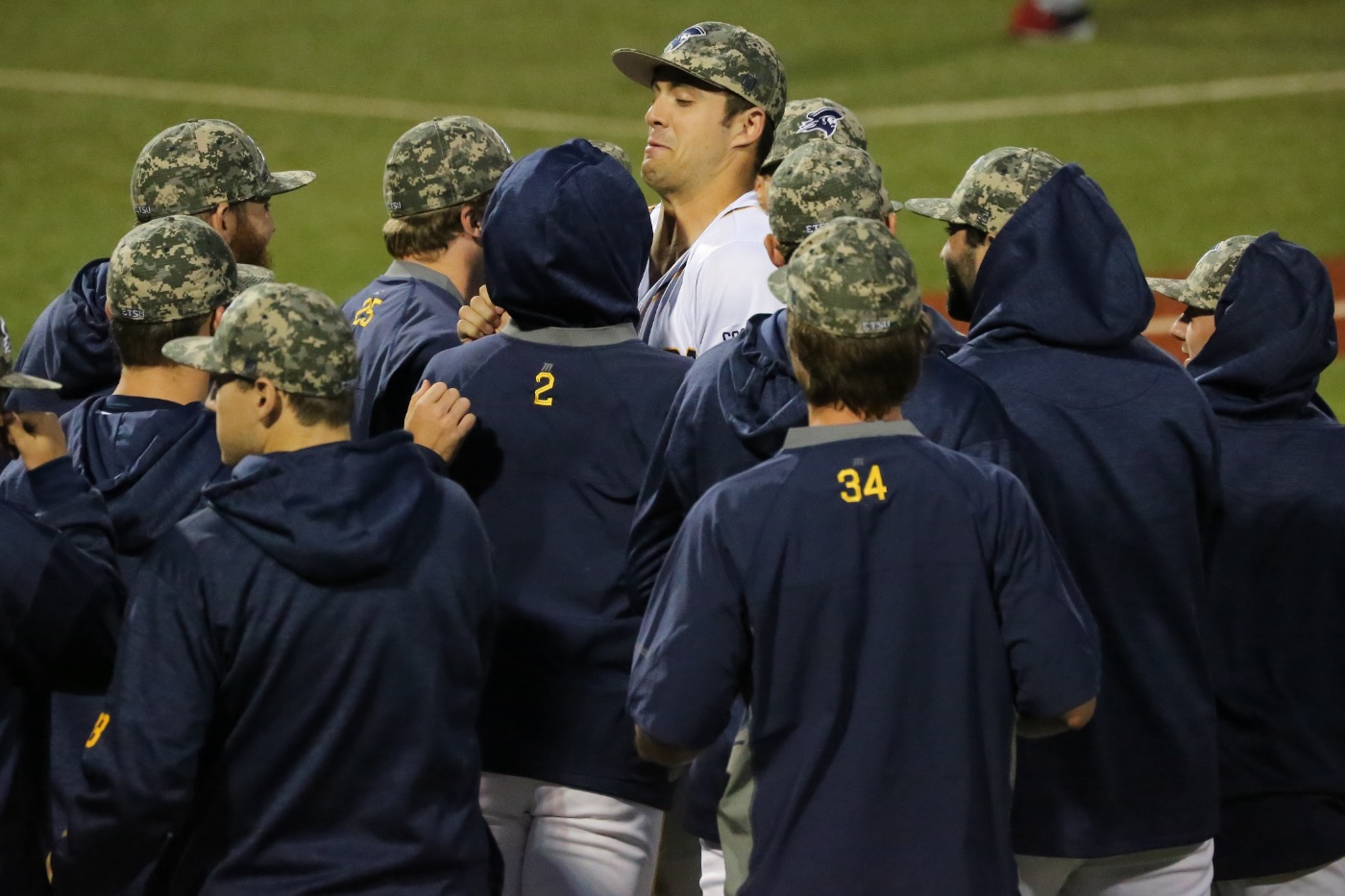 ETSU begins second half of SoCon play with struggling Catamounts

Last weekend, ETSU was the odd team out of the nine SoCon baseball participants. The Bucs used their off weekend to take on Tulane in New Orleans, coming away with a 9-1 series-opening win before falling victim to two losses in a series-ending double-header.

The series opener and series finale in Cullowhee will each be available for free streaming on ESPN3. Additionally, Western Carolina will provide live stats via GameTracker.

Check the “related links” box for all video and stats links.

After Tulane’s offense poured on the runs in last weekend’s double-header, the ETSU bullpen responded in phenomenal fashion by shutting out Radford in a 2-0 home midweek win.

After midweek starter Daniel Sweeney (Johnson City, Tenn.) tossed the first two innings, six other pitchers saw action for the Bucs and held Radford to two-hits. ETSU did not allow a runner past second base the entire night while only allowing one runner to reach past first.

Sweeney earned the win on a two-inning limit while senior Aaron Maher (Brentwood, Tenn.) closed with his sixth save of the year in as many tries.

Maher’s production did not stop on the mound, as ETSU’s normal right fielder had a two-hit day and scored both of ETSU’s runs — one of which was an eighth inning solo homer.

In between Sweeney and Maher were five other arms for ETSU, as seniors Russell Koesters (Kingsport, Tenn.) and Drew Korzybski (Knoxville, Tenn.) each tossed smooth innings in the third and fourth, respectively.

Fellow senior Logan Gentry (Kingsport, Tenn.) would be the only other pitcher besides Sweeney to pitch two innings, allowing no hits with a strikeout against his six batters.

Prior to Maher, junior transfers Dominick Stefanacci (Fort Myers, Fla.) and James Giambalvo (Alhambra, Calif.) each saw an inning of work with neither allowing a hit. Stefanacci struck out one, while Giambalvo recorded two in his frame.

Injuries and a bit of tough luck have hindered the Catamounts this season. With a 4-35 record, Western Carolina has lost nearly half its games by three runs or less with 17 such contests.

Despite its rough start, WCU is 2-13 in conference play and owns an 8-4 win over Mercer. The Catamounts’ other win came against The Citadel in a double header. VMI, UNCG and Wofford have each swept WCU.

Most recently, WCU took an 8-2 loss to No. 6 North Carolina. In the loss, Western Carolina totaled seven hits to UNC’s eight, but 13 stranded runners and 11 walks by the WCU pitchers hindered the upset bid.

The Catamounts have one offensive starter batting above .300 in freshman outfielder Justice Bigbie. The rookie is slashing .351/.381/.483 while holding team highs in hits (53), RBI (34) and total bases (73) while tied for a team-best nine doubles.

On the mound, WCU has a 7.08 ERA as a unit. Junior starters Tristan Baker and Taylor Purus each have complete games this season. The two starters along with Friday starter Chase Walter combine for three of WCU’s four wins. Purus leads WCU with 65 strikeouts.

The Catamounts lead the all-time series 68-33 through 101 games.

Western Carolina is one of only two teams that ETSU has faced over 100 times in baseball. Appalachian State is the other at 136.

Despite being swept in Johnson City by the Catamounts last season, ETSU had the last laugh by opening the SoCon Tournament with an 8-6 win over No. 2 WCU. In that contest — which was the last meeting between the two — ETSU dug out of a 6-1 hole with seven unanswered runs. Down 6-3 in the ninth inning, ETSU turned on the jets and scored five runs to pull ahead.

Three current ETSU players had a huge role in that game, as Aaron Maher and Christian Bailey connected with clutch run-scoring doubles in the ninth inning to mount the comeback. With the game tied and two outs, Cullen Smith (Lebanon, Tenn.) crushed a two RBI triple to center to give ETSU its go-ahead runs. Maher then entered to pitch and earned his first career save.