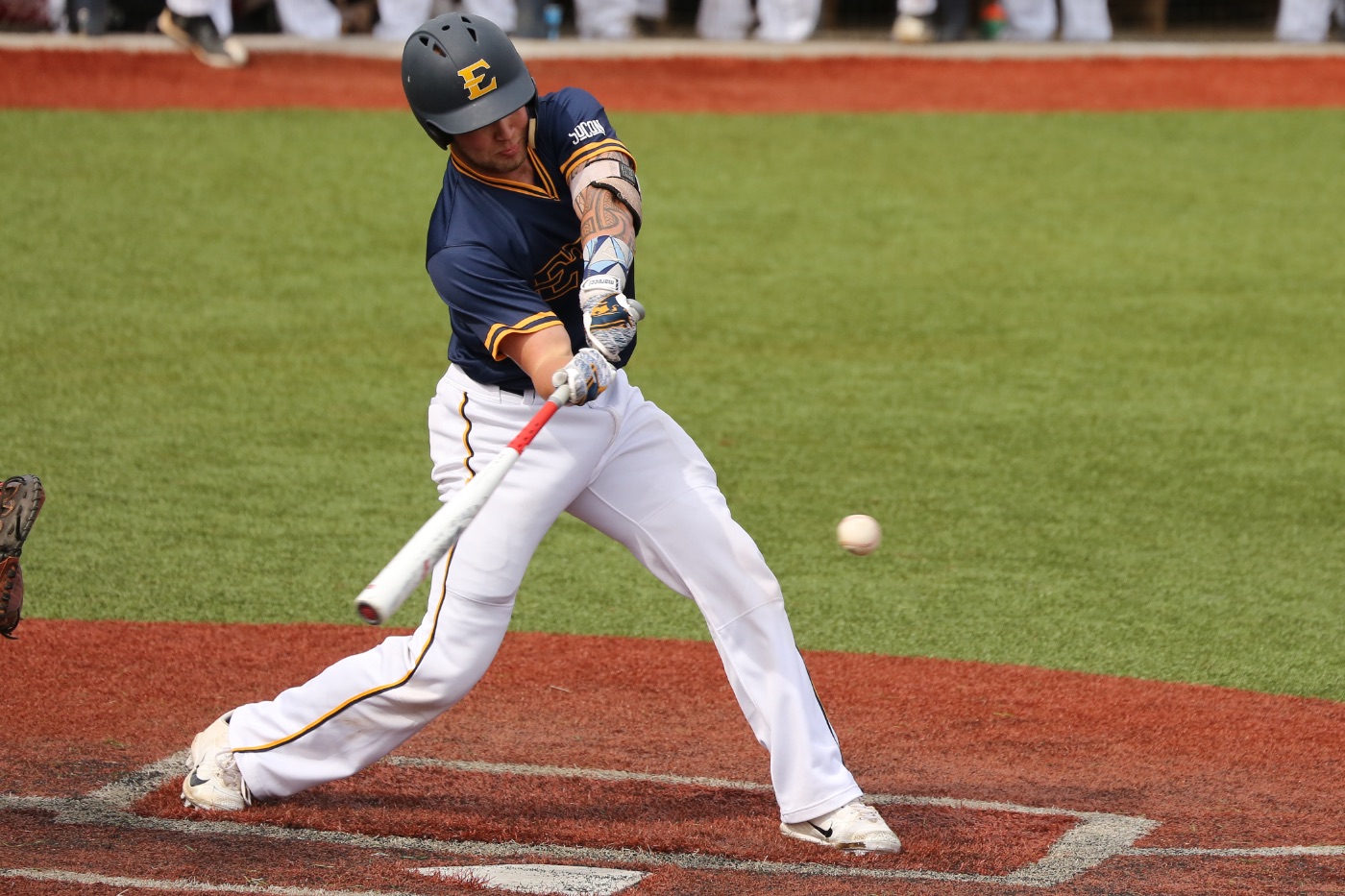 CULLOWHEE, N.C. (April 27, 2018) – The ETSU offense hit its magic number for runs and then some en route to a 11-4 win over Western Carolina in Friday night’s series opener in Cullowhee.

Bailey, Longley and Cullen Smith (Lebanon, Tenn.) each had two hit days to lead the Buccaneer offense. Greer and Bailey each had three RBI to lead the team, while Bailey and Chris Cook (Kingsport, Tenn.) each touched home three times.

Junior pitcher Micah Kaczor (Tampa, Fla.) earned his fourth win of the season with seven innings. Despite falling behind early, Kaczor limited WCU to three runs (two earned) on ten hits with a walk and a strikeout.

After Western Carolina opened play with a first inning run, Longley took matters into his own hands and evened the score with a solo homer. The shot was Longley’s team-leading ninth of the campaign and his third home run in the last four games.

The Catamounts answered after reaching on a two-out error, scoring the run with an RBI double off the high left field wall to retake the lead.

The Bucs would waste no time gaining its first lead of the day. Greer knocked a deep two-run homer into left-center to put ETSU ahead 3-2. Greer now has five homers and 17 RBI this season.

Following Parker, Greer added his third RBI with a sacrifice fly to center field, scoring Smith before the final out. WCU would sneak a two-out run before the end of the inning.

With three runs in the sixth today, ETSU is now outscoring opponents 39-6 in sixth innings this season.

Smith would add two more runs in the ninth with a two-RBI double off the right field wall, scoring Cook and Bailey, who hustled past the tag all the way from first base.

Series play resumes tomorrow at 2 p.m. in Cullowhee with Ryan Simpler (Lewes, Del.) expected to take the mound for the Bucs.