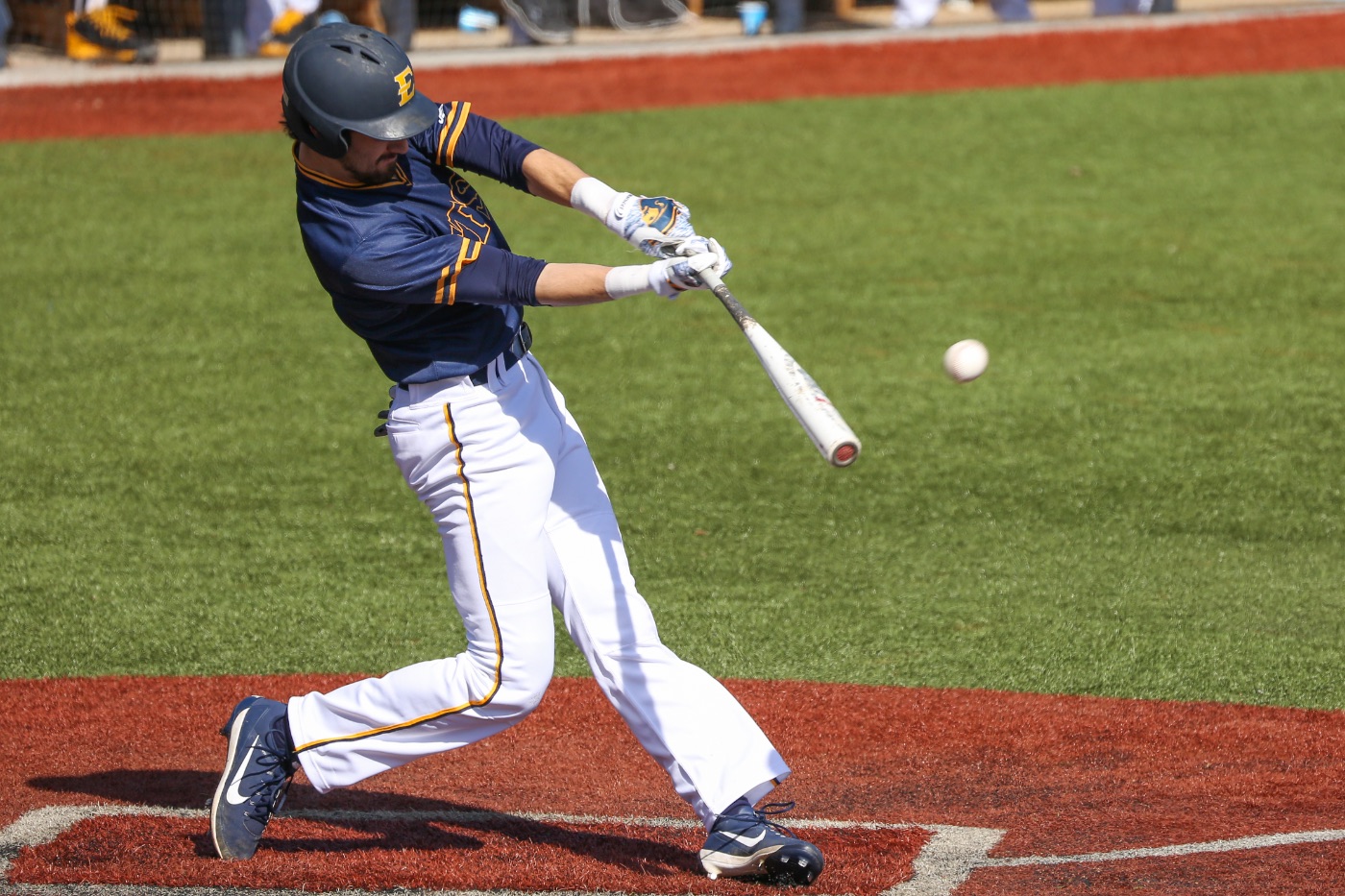 CULLOWHEE, N.C. (April 27, 2018) – The ETSU offense continued its high production, batting its way to a three-game road sweep with an 11-8 win at Western Carolina in the finale Sunday afternoon.

With the win, ETSU earns its first conference sweep since defeating VMI in three last season in Lexington. In the process, the Bucs also redeemed a home sweep from last season at the hand of Western Carolina.

The Bucs improve to 23-17 and have won their last four contests. Furthermore, the Blue and Gold are now back above .500 in SoCon play, sporting an 8-7 record in the conference.

ETSU had six hitters with multi-hit games, led by senior shortstop Chris Cook (Kingsport, Tenn.) who had three hits, three runs, and a homer and RBI. Cook now rides a 10 game hit streak and a 19 game on-base streak — his longest such streaks this season.

The Bucs struck early in the contest with back-to-back two-out doubles by Cook and senior Caleb Longley (Cleveland, Tenn.). Longley drove in Cook for an early 1-0 lead.

After the Catamounts answered with the third inning equalizer, ETSU exploded with an eight run fourth inning.

The fourth inning began and ended with impact hits from Bailey, as he opened the attack with an infield single. After four runs came across, Bailey stepped in again with two outs and the bases full, crushing a grand slam to deep center field to unload the bases.

Western Carolina followed with three runs in the fourth and fifth innings, but ETSU countered with an additional run in the sixth. For the second straight game, Cook started 3-for-3, picking up his third hit with a solo homer to left center —giving ETSU a 10-4 lead.

The see-saw continued despite ETSU’s multi-run lead, as Western Carolina added a couple of runs following the seventh inning stretch to make it a 10-6 ball game. The Blue and Gold countered with an RBI single in the eighth by Longley, driving home Ben Jackson (Guyton, Ga.) to re-extend the lead, 11-6.

Western Carolina threatened in the eighth, scoring a run and bringing the tying run on deck before stranding two runners in scoring position. The final out was recorded on a charge by Cullen Smith, making the throw just in time to prevent an RBI infield single.

One last WCU threat ensued in the ninth, as the Catamounts plated one more run before junior Giambalvo closed the door in a non save situation with a punch out. This marked the second time in two games Giambalvo has ended a game with a backwards K.

ETSU will have four games until its next series, as former Buccaneer skipper Tony Skole brings The Citadel to Johnson City for a three-game series, beginning Thursday, May 3 at 6:30 p.m.

The series will mark Skole’s first time returning to Thomas Stadium since returning to his alma mater, as he will lead the Bulldogs in the visitor’s dugout. First year ETSU skipper Joe Pennucci will look to continue the four-game win streak for the Bucs in the home dugout.

With Saturday’s graduation, ETSU and The Citadel will play on Thursday night, Friday night and Sunday afternoon. Visit ETSUBucs.com for more information.