Baseball
Baseball
The Citadel at ETSU | May 04, 2018
BoxscorePlay-by-Play 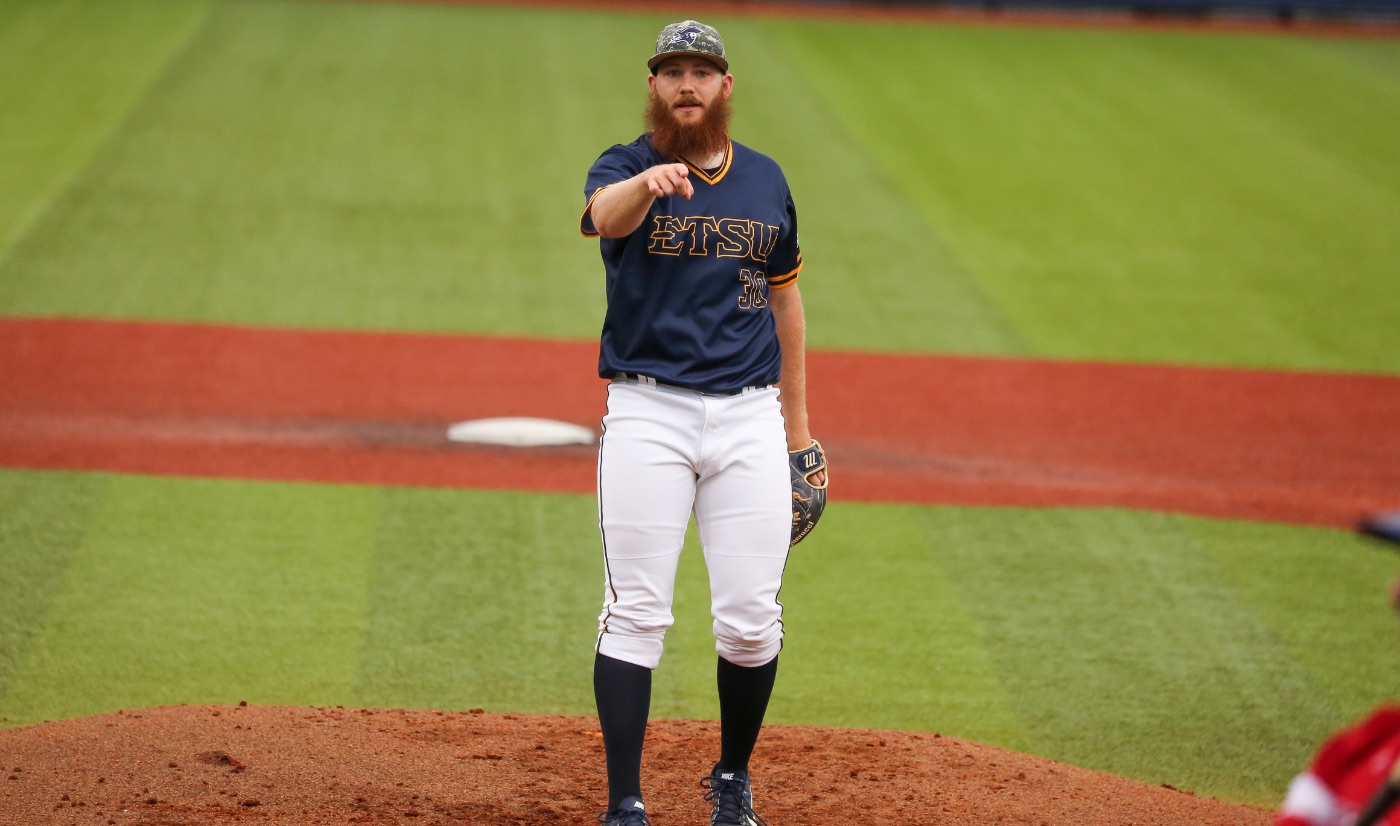 Senior Ryan Simpler recorded his 300th career strikeout Friday night, becoming the second player in ETSU history to do so.
Simpler notches 300th strikeout in loss to Bulldogs
The Citadel at ETSU | May 04, 2018
Related Links

JOHNSON CITY, Tenn. (May 4, 2018) – A bittersweet night for ETSU took place in Johnson City Friday evening, as a banged-up Bucs fell to The Citadel 13-6 at Thomas Stadium.

A three run inning followed by a grand slam allowed The Citadel to take a 7-0 lead before ETSU answered with a four-run fourth inning. After scoring six unanswered to extend the lead, the Bulldogs held off a ninth inning ETSU rally to secure the series win.

Simpler is the second ETSU pitcher to hit career strikeout No. 300, as Reid Casey (1999-02) is the only other pitcher to accomplish the feat.

Playing without offensive threats Christian Bailey (Kingsport, Tenn.) and Ben Jackson (Guyton, Ga.) due to injury, the Bucs still managed to record 10 hits. Bailey was ruled out after last night’s contest with an injury, while Jackson left tonight’s game in the fourth inning after being struck with a foul tip behind the dish.

Smith drove in half of ETSU’s runs on the day and continues to swing a hot bat, hitting 5-for-10 in the series. After a bases-loaded RBI single in the fourth, Smith contributed to ETSU’s comeback attempt in the ninth inning with a two-out, two-RBI single.

With Saturday off, ETSU and The Citadel return to action Sunday afternoon for a 1 p.m. first pitch at Thomas Stadium.