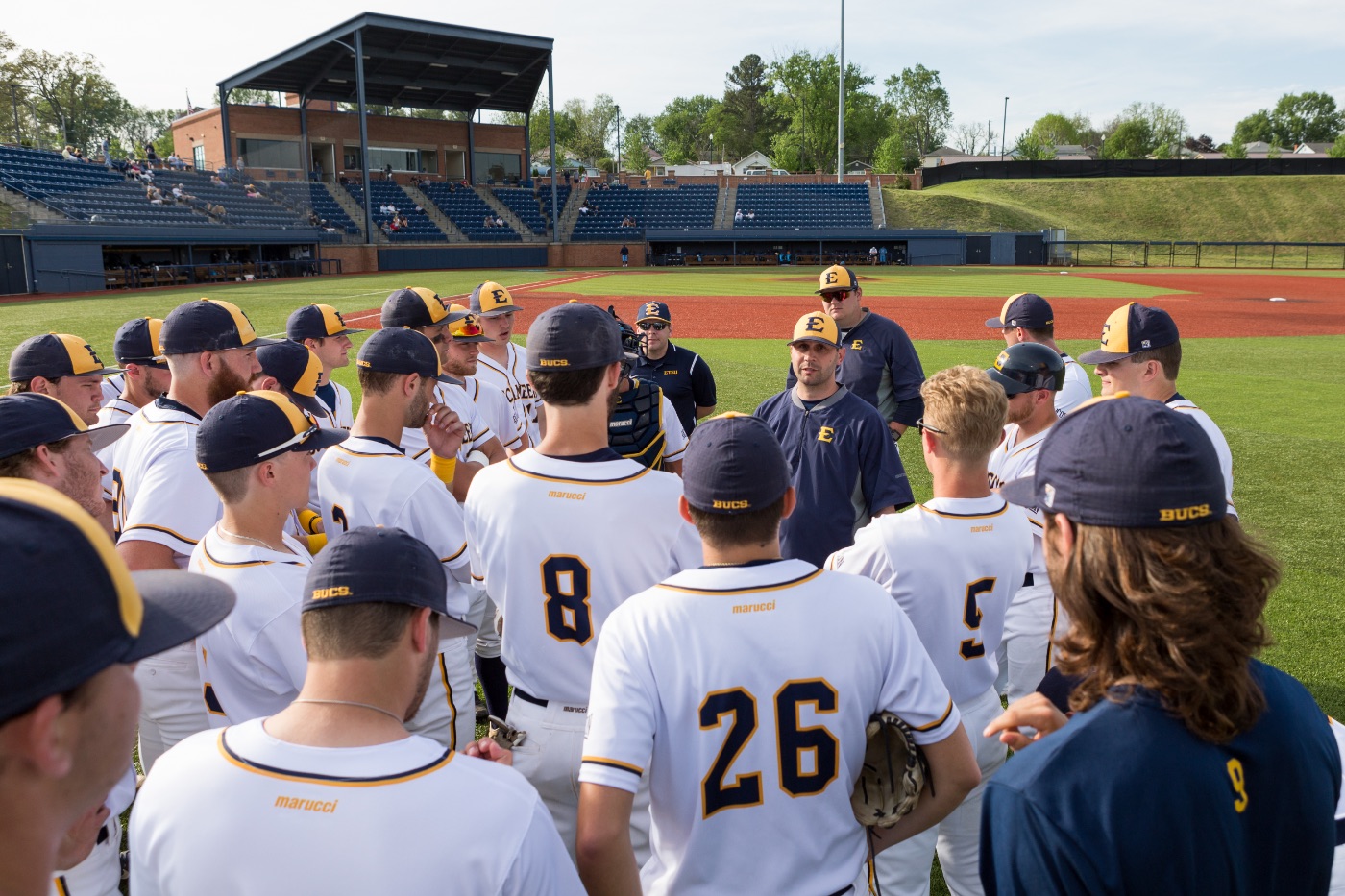 JOHNSON CITY, Tenn. (May 7, 2018) – With only two non-conference opponents remaining in the 2018 regular season, the ETSU baseball team heads to Charleston, W. Va. to take on Marshall tomorrow evening at 5 p.m.

Marshall (19-24, 7-16 Conference-USA) plays its home contests at Appalachian Power Park. The stadium is home of the West Virginia Power, the Class A Affiliate of the Pittsburgh Pirates and is about an hour away from the Marshall campus in Huntingdon.

The Marshall game comes prior to ETSU’s final home series of the season against Furman this upcoming weekend. The Bucs (24-19, 9-9 SoCon) are 5-2 in midweek games this season.

Both team’s starting pitchers are yet to be determined for tomorrow’s contest. ETSU regular midweek starter Daniel Sweeney (Johnson City, Tenn.) threw 3.1 innings of relief yesterday vs. The Citadel, earning his first career save.

With game time moved up to 5 p.m., the contest will no longer be shown on beIN SPORTS. Instead, Marshall will provide a video stream via HerdVision.

The Bucs are coming off a one-for-three weekend against The Citadel, but are winners of five of the last seven heading into tomorrow’s action.

This weekend, Cook had four hits and tied Shane Byrne for second all-time on the ETSU career hit list with 290 so far. The record is 307 held by Paul Hoilman. Cook is also on the top three list for career doubles (60), at-bats (381) and runs (204).

On the mound, senior Ryan Simpler (Lewes, Del.) etched his name into the ETSU history books as becoming the second Buccaneer pitcher in history to record 300 career strikeouts. With 300 even, he now trails only Reid Casey (1999-02) for the all-time record at 323.

This season, Caleb Longley has been the offensive catalyst when it comes to production. Longley leads the Bucs with 10 homers and 42 RBI this season, as well as a .633 slugging percentage. He is tied with Cook for the team lead with 16 doubles.

Freshman Ben Jackson (Guyton, Ga.) continues to prove his prominence among SoCon rookies, batting .311 with a .434 on-base percentage — second on the team behind Cook.

As a team offensively, ETSU is among a list of 34 schools throughout Division I with at least 10 players who have at least one homer this season.

The Thundering Herd enter tomorrow with a break after five straight contests vs. C-USA opponents — going 2-3 with single wins against Florida International and Old Dominion.

Leading the way offensively for Marshall is junior catcher Reynaldo Pastrana, as he has started all 43 contests and holds a .357 average with 13 doubles, 12 homers, 34 runs and 46 RBI’s — all team highs.

Redshirt senior Tucker Linder is another key cog in the machine for Marshall, batting .295 with seven doubles, four homers and 26 RBI with the ability to play infield or outfield when needed.

Sophomore infielder Peter Hutzal is the other threat offensively with 11 homers and 30 RBI this season.

Series History vs. The Thundering Herd

The two opponents have faced off only once in the last two decades prior to tonight, with Marshall winning 9-3 last season in Johnson City. Three current Bucs — Christian Bailey, Cullen Smith and Hunter Parker — all had multi-hit games against Marshall last season.

Prior to last season, the last encounter came in 1997 in a three-game series where the Bucs took the opener before dropping the final two. The exact opposite happened the year before, as ETSU took two of three in 1996 at Marshall.