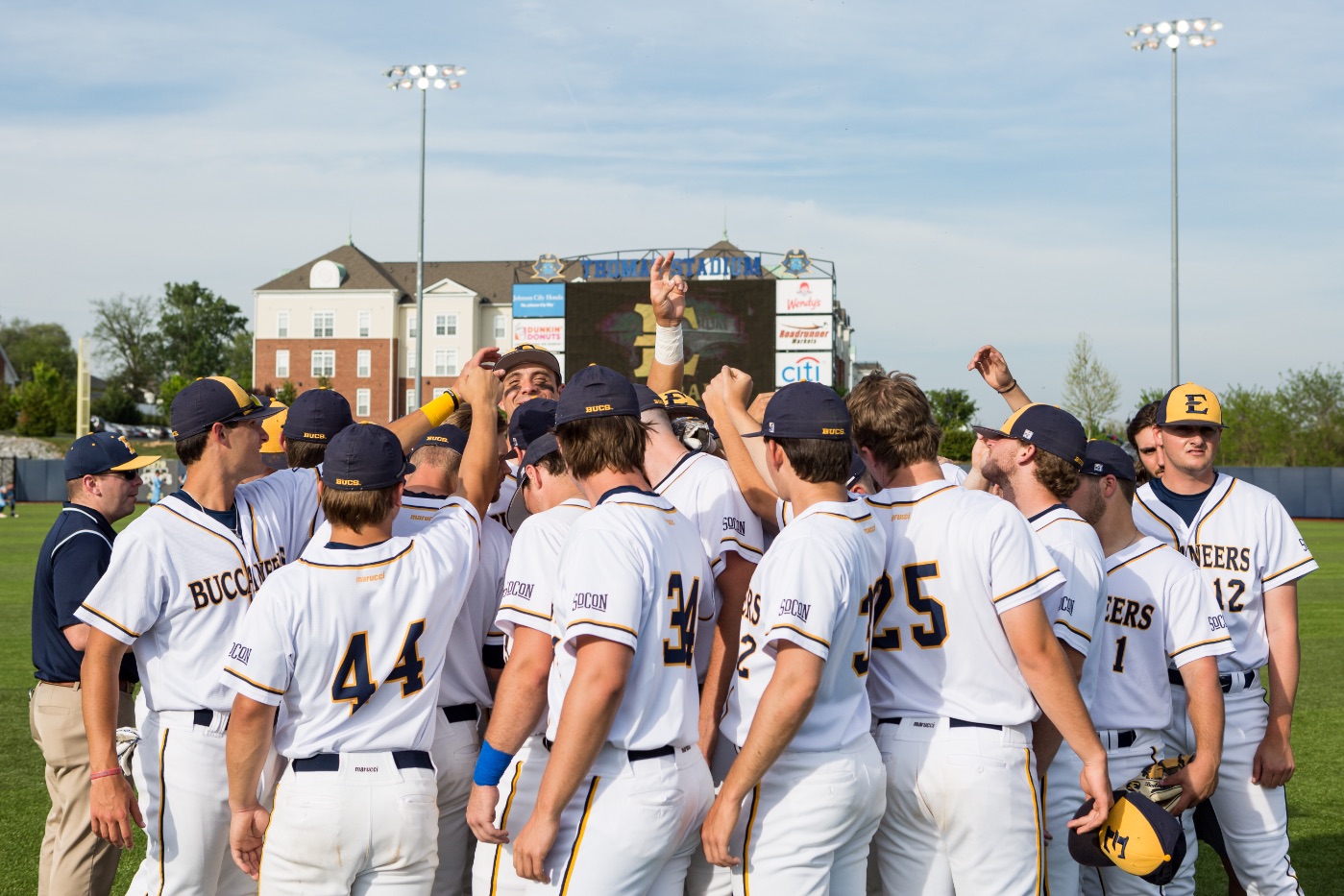 The series finale, which is set for Sunday at 1 p.m., is the Buccaneers’ senior day. ETSU will honor 10 members of the roster who each will play their final home game at Thomas Stadium.

All three games will be streamed on the SoCon Digital Network with play-by-play announcer Mike Gallagher on the call alongside color analyst Bruce Tranbarger.

Live stats will also be available for every game this weekend. For links to each game, check the "related links" box to the right of this page.

ETSU is 25-19 on the season and are in the middle of the conference standings at 9-9. The Bucs are coming off a season-best performance, totaling 17 hits against Marshall in an 8-2 road win at Appalachian Power Park.

Senior Caleb Longley (Cleveland, Tenn.) is ETSU’s most productive hitter this season, leading the SoCon with 11 homers and is third in the conference with 44 RBI’s. Longley also leads ETSU with a .639 slugging percentage, good enough for fourth in the SoCon.

With 10 hits in the last four contests, sophomore Cullen Smith (Lebanon, Tenn.) recently moved into the cleanup spot for ETSU. He has raised his season average over the past three weekends to .303 while batting an even .300 in conference play.

Senior Ryan Simpler (Lewes, Del.) is expected to make his final home start for ETSU this Saturday. Simpler tallied career strikeout No. 300 last weekend vs. The Citadel, making him one of only two Bucs to hit the 300 milestone. Reid Casey (1999-02) is the all-time leader at 323.

Furman comes into the weekend with a 22-25 record and are two games back on the Bucs in the conference standings at 7-11.

Last weekend, Furman hosted Western Carolina and won the series opener 13-4 before dropping the final two games 2-1 and 5-2 for WCU’s first conference series win this season. Prior to last weekend, Furman took two of three from The Citadel in Charleston, S.C.

Freshman outfielder Ben Anderson has been the biggest threat in the Furman lineup as a rookie, batting .376 while starting all 47 games — the only Paladin to do so. Anderson also has a .552 slugging percentage, totaling three homers, 11 doubles and a team-best six triples.

Senior catcher Jason Costa and senior first baseman Brandon Elmy lead Furman each with seven homers. The duo also have a mirroring 33 RBI and 29 runs this season, with Costa hitting .305 and Elmy averaging .291.

On the bump, Furman is led by redshirt junior ace Nik Verbeke with a 5-3 record and a 4.45 ERA through 10 starts and 13 appearances. Senior reliever Tyler Kimbrell is the go-to option out of the pen with 23 appearances and five saves with a 4.26 ERA.

Through 85 all-time contests, Furman holds a slight edge in the series at 45-40.

ETSU will look to snap a five-game losing skid to Furman this weekend, as the Paladins swept last years series in Greeneville and hold two straight victories over ETSU in SoCon tournament play.

Furman defeated ETSU in the 2016 first round before eliminating the Bucs in 2017, 8-6, as two of the final three teams remaining in the SoCon semifinal play-in game.

In the 2017 tournament, the last contest between the two, ETSU ended its momentous SoCon tournament run as the third place team, while Furman advanced to the championship round after a tough battle with the Bucs.

Russell Koesters earned his second career start in the last meeting between the two, tossing 5.0 innings with four strikeouts while scattering four hits. Aaron Maher and Chris Cook each had two hits in the effort. Both of Maher’s hits were RBI doubles.