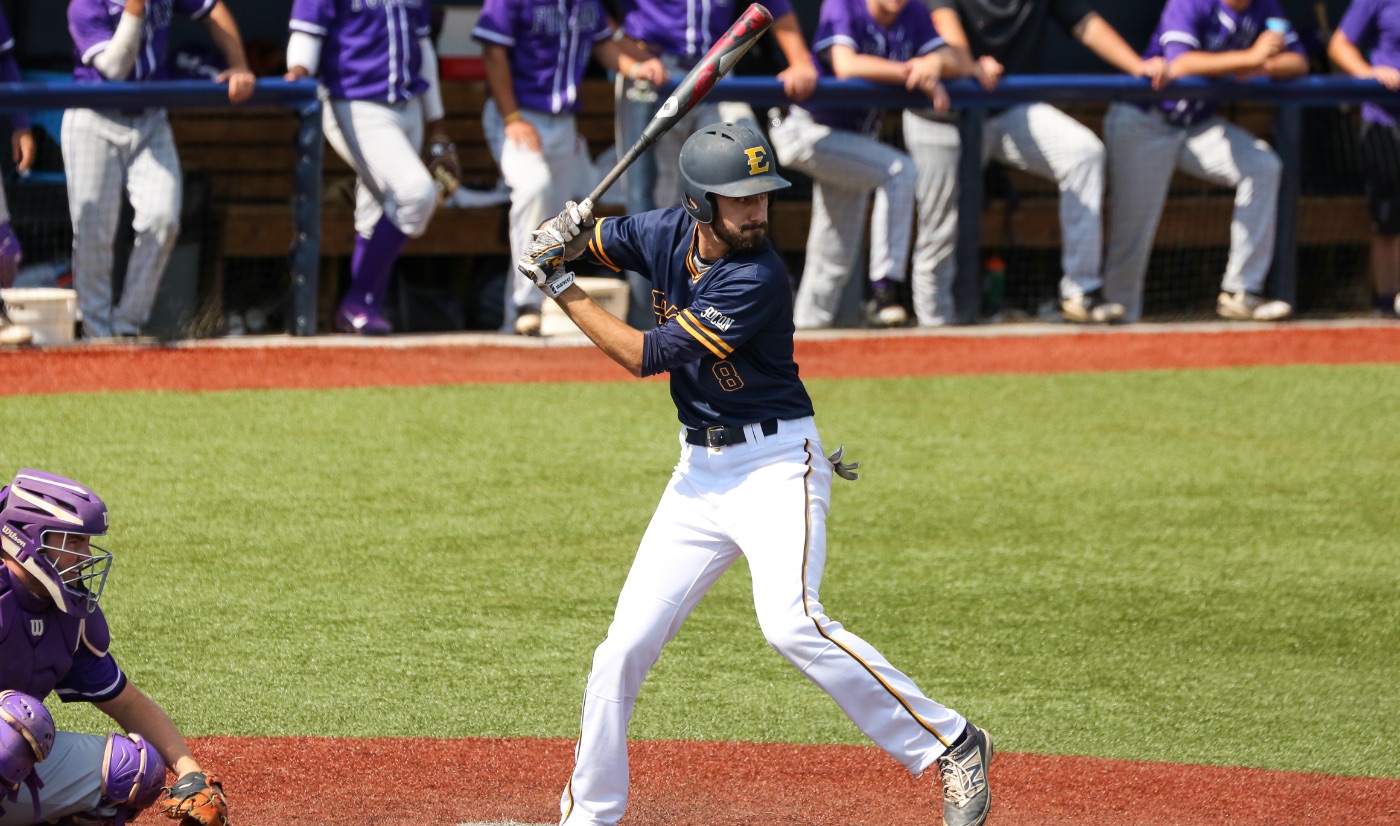 JOHNSON CITY, Tenn. (May 12, 2018) – Trailing 6-2 down to its final three outs, the ETSU baseball team nearly shocked Furman with a late comeback, but the Paladins would hold on for a 6-5 win to even the series Saturday afternoon.

The game came to a fever pitch with one out remaining in the contest, as ETSU loaded the bases with back-to-back singles by David Beam (Knoxville, Tenn.) and Cade Gilbert (Ringgold, Ga.). The two runners joined Cullen Smith (Lebanon, Tenn.) who reached on a leadoff single.

Bailey reared back and jacked one deep into right field, but the ball bounced off the top half of the wall for a three-RBI double — just missing out on a game-tying grand slam by a slim margin. Sophomore Brock Beeler (Knoxville, Tenn.) replaced Bailey as the pinch runner in scoring position.

Furman starter Grant Schuermann, who tossed his first complete game of the season, was trusted to close the game and recorded the final out to end ETSU’s rally, strand the tying run and even the series.

After ETSU lit up the scoreboard in last night’s 15-2 win, the Paladins kicked off the game with five early runs in the first and second innings to take a 5-0 lead.

After a solo homer in the opening frame by Jabari Richards, Furman recorded four runs on five hits in the second inning to take a commanding lead.

Despite the slow start, senior pitcher Ryan Simpler (Lewes, Del.) responded well and tallied six scoreless innings to keep ETSU in striking distance. In what is probably the final home start of his career, Simpler threw 8.0 innings with the early five runs. He recording three strikeouts in the loss.

The meat of the order for ETSU each had two hits, as Caleb Longley (Cleveland, Tenn.), Smith and Aaron Maher (Brentwood, Tenn.) accounted for six of ETSU’s 13 hits and three of the five runs.

For Longley, today snapped an impressive 13-game RBI streak in which he recorded at least one RBI in every game since the Bucs hosted Tennessee April 17 at Thomas Stadium.

Freshman David Beam (Knoxville, Tenn.) had two at-bats on the day as a pinch-hitting DH, knocking singles in both at-bats. Senior Hunter Parker (Chattanooga, Tenn.) also added a couple of singles for a two-hit day.

Senior Chris Cook (Kingsport, Tenn.) was in jeopardy of snapping a 24-game reached-base streak, but gapped an eighth inning double to extend his streak to 25 — the longest of any Buc this season.

The Bucs now approach the final home game of the 2018 campaign, as tomorrow’s rubber match with Furman is set for 1 p.m.

The contest will also serve as ETSU’s senior day, as 10 seniors competing for the final time at home will be honored approximately 20 minutes prior to first pitch.