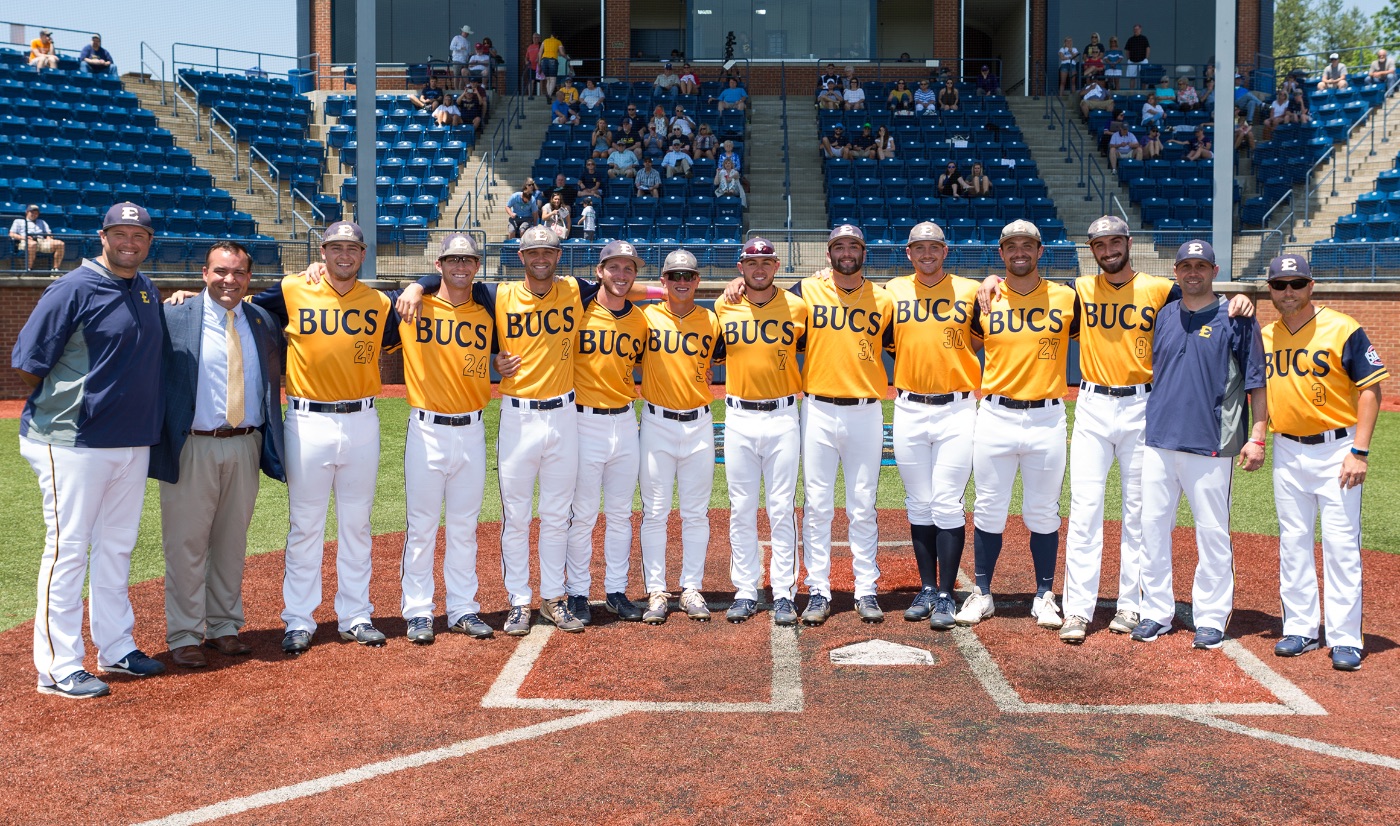 JOHNSON CITY, Tenn. (May 13, 2018) – The home portion of the ETSU baseball regular season drew to a close Sunday afternoon at Thomas Stadium, as Furman defeated the Bucs 9-4.

Prior to today’s contest, 10 seniors on the ETSU baseball roster were honored for their years of dedication to the program. Today marked each senior’s final game on the Thomas Stadium turf.

For the second day in a row, the Blue and Gold spotted Furman an early lead in the first two innings. The Paladins struck first with three unearned runs in the second frame, capitalizing on a one-out error with an RBI single and later a two-RBI triple.

Trailing 5-1, ETSU attempted a comeback with a three-run seventh inning powered by two homers, but Furman would go on to score four late insurance runs to obtain the win.

Senior Drew Korzybski (Knoxville, Tenn.) allowed just one earned run despite taking the loss in his first start of the season. The run would come on a fourth inning sacrifice fly by Furman’s Bret Huebner.

After another unearned run crossed in the fifth, sophomore Jackson Greer (Knoxville, Tenn.) would answer with a solo shot to left field to put ETSU on the board.

The Bucs stormed back in the bottom of the seventh with a three-run inning, led off by a solo homer off the bat of senior Caleb Longley (Cleveland, Tenn.). Longley has a conference-leading 14 home runs this season.

After sophomore Cullen Smith (Lebanon, Tenn.) reached on a base knock in the following at-bat, senior Aaron Maher (Brentwood, Tenn.) changed the ball game with a two-run homer into right-center field.

The Bucs trailed 5-4 at this point, but Furman reliever Tyler Kimbrell would record three outs in the next four at-bats to stop the threat. The Paladins then strung together four runs in the eighth inning.

The Bucs will now proceed to the final week of the regular season with four games remaining. ETSU will first travel to UNC-Asheville Tuesday, May 15 for a 6 p.m. midweek game.

The Bucs close the regular season in Spartanburg, S.C. for a three-game series against Wofford beginning Thursday, May 17. The Southern Conference Tournament will follow on May 22 in Greenville, S.C.