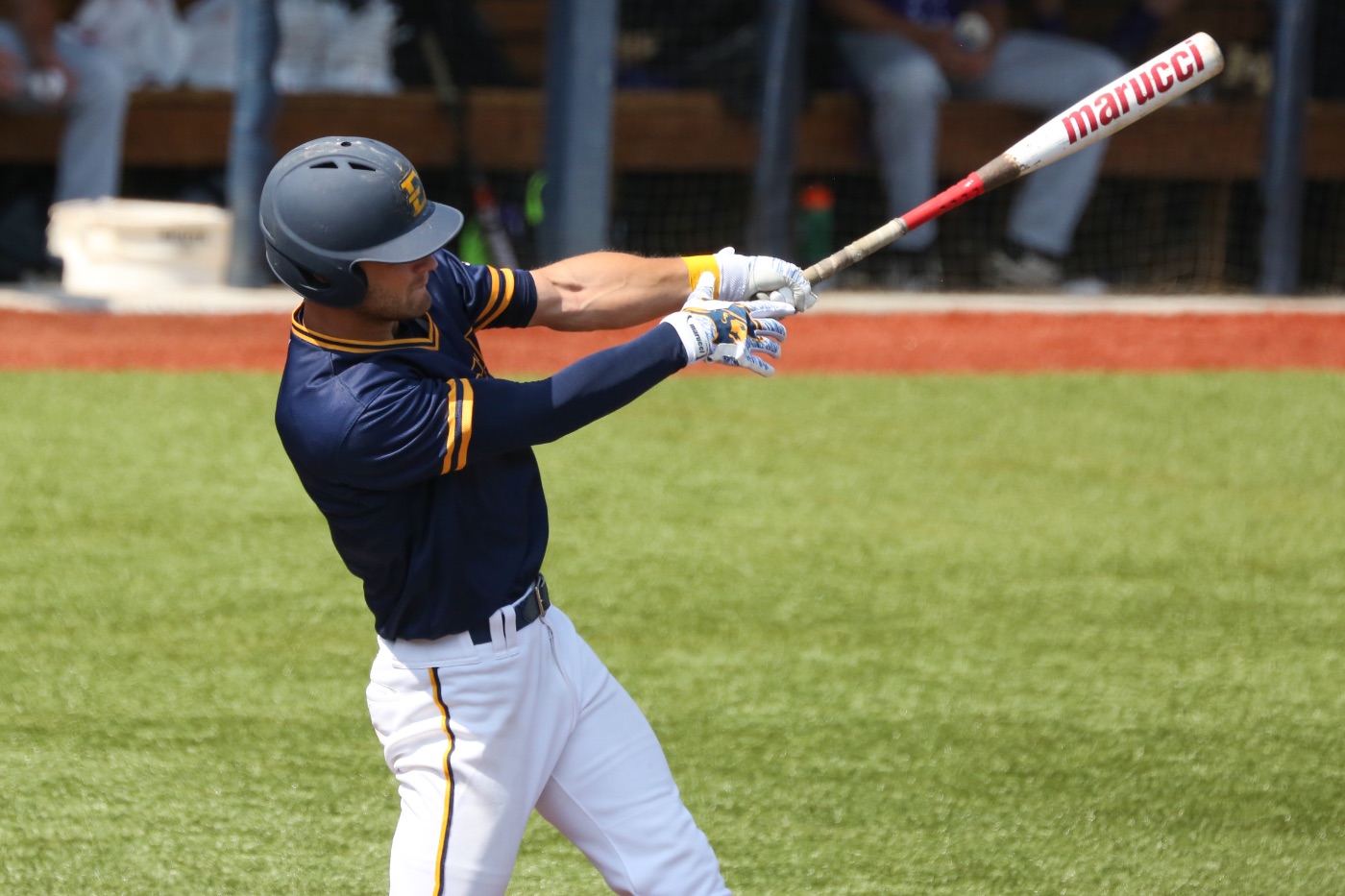 Senior Chris Cook recorded his 900th career at-bat and had three hits for ETSU in an 8-4 loss to Wofford Thursday night.
Baseball drops series opener at Wofford, 8-4
ETSU at Wofford | May 17, 2018
Related Links

SPARTANBURG, S.C. (May 17, 2018) – The ETSU baseball team opened its final series of the regular season Thursday night, falling to Wofford 8-4 in the series opener at Russell C. King Field.

Eight of ETSU’s nine starters recorded at least one hit in the contest. ETSU finished with 12 hits on the day, as the Bucs outhit Wofford 12-11 while stranding seven runners in the loss.

Cook achieved another career milestone in today’s contest. In the fifth inning, Cook completed his 900th career at-bat to become the second player in ETSU history to do so, joining Jeremy Taylor with 914.

Sophomore Jackson Greer (Knoxville, Tenn.) made a defensive impact on the game Thursday, throwing out all three Wofford runners who attempted to steal second. Greer now has 18 on the season.

For the first time since sustaining an injury against The Citadel, senior first baseman Christian Bailey (Kingsport, Tenn.) returned to the starting lineup after missing the last six starts. He accounted for one of ETSU’s four scores with an RBI single.

The Terriers brought across the game’s first run in the second inning with a two-out RBI single, but ETSU wasted no time answering in the following frame.

Senior Russell Koesters (Kingsport, Tenn.) got the start and continued a two-hitter into the fourth inning. He exited the game with two runners on and two outs, as Wofford regained the lead in the next at-bat with a three-run homer by outfielder Mack Nathanson.

The Terriers scored again in the sixth with a solo shot by freshman outfielder Colin Davis. An RBI groundout and an RBI single the following inning extended Wofford’s lead to 7-1.

The Bucs began to rally in the eighth as Cook and Cullen Smith (Lebanon, Tenn.) each reached on singles and found their way into scoring position. Bailey then recorded his first hit back in the starting lineup with an RBI single.

ETSU pushed across another run with a sacrifice fly to center field by Aaron Maher (Brentwood, Tenn.), making it a 7-3 ballgame before Wofford ended the run.

The Terriers worked in one final run in the eighth inning with a sacrifice fly to take an 8-3 lead.

ETSU began a ninth inning rally with Hunter Parker (Chattanooga, Tenn.) gapping a one-out double. Freshman Ben Jackson (Guyton, Ga.) scored him with an RBI single from the top of the order, but a quick double play brought a sudden end to the contest.

The Bucs and Terriers return to the diamond tomorrow for the second game of the series. Start time is set for 3 p.m. on Friday afternoon.