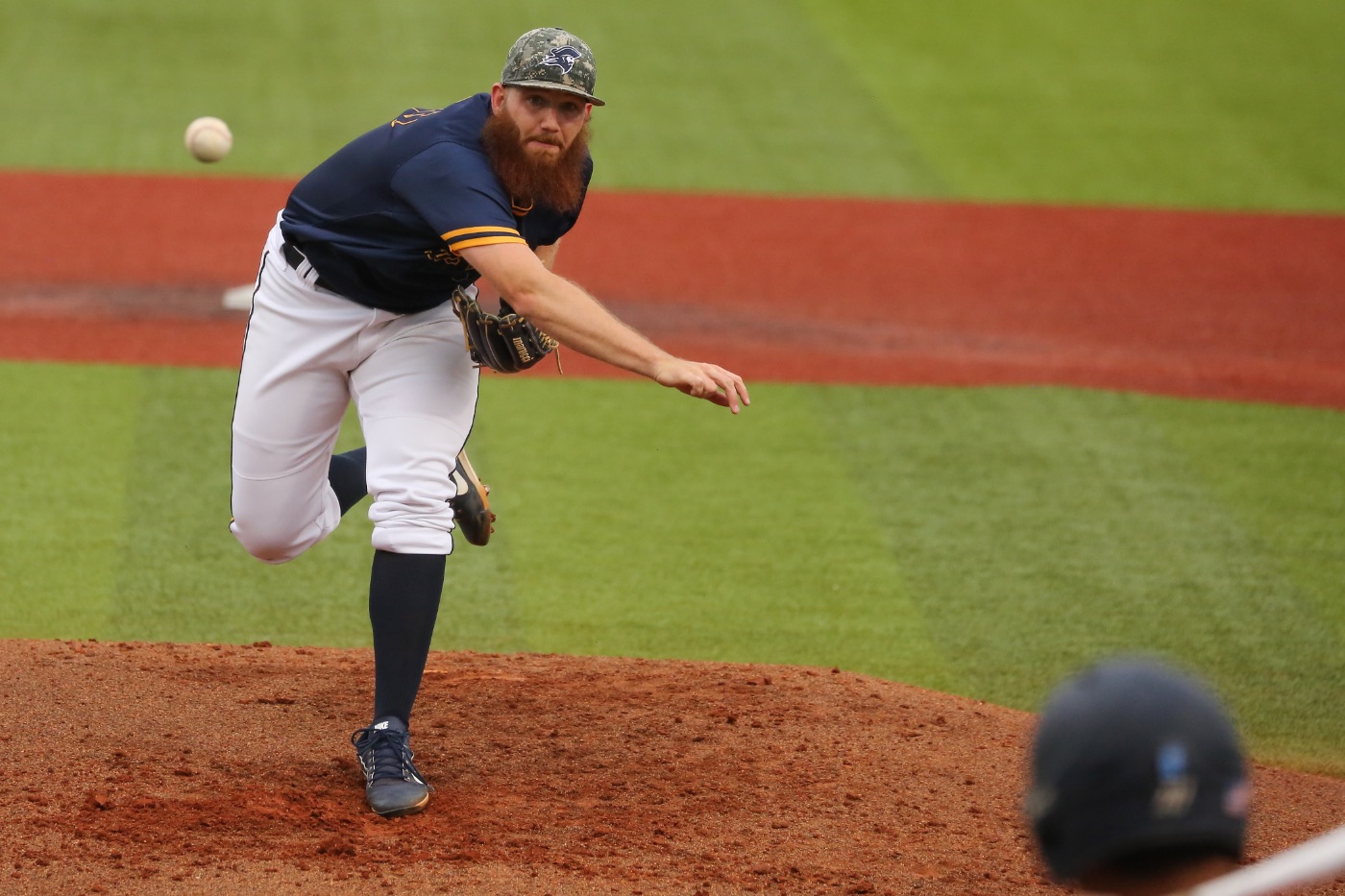 Simpler strikes out 10, Cook moves up record book in 4-2 win over Terriers

SPARTANBURG, S.C. (May 18, 2018) – The ETSU baseball team put itself in a position to win its final series of the regular season, evening the three-game stand with a 4-2 over Wofford at Russell C. King Field Friday afternoon.

After falling behind 2-0 early, ETSU scored four unanswered runs and held Wofford scoreless for the final seven innings. ETSU improves to 27-22 and 11-12 in SoCon play, while Wofford falls to 34-21, 14-9.

Two ETSU players made history in the contest, as seniors Chris Cook (Kingsport, Tenn.) and Ryan Simpler (Lewes, Del.) became the first hitter/pitcher duo to each record their 300th career hit and 300th career strikeout in the same season.

Cook’s first inning double made him the second player to reach the 300 career hit milestone, joining the all-time hits leader and former All-American Paul Hoilman (2008-2011) in the exclusive club.

Cook, who finished 2-for-4 with a couple of doubles and an RBI, moved into second place on the all-time career doubles list with his 64th career two-bagger. Cook passed another former All-American, Caleb Moore (2002-2005), to move into second behind Hoilman.

Simpler earned the nod for ETSU in Game Two, as he tossed 6.2 innings with two runs allowed on seven hits. Simpler continued his impressive strikeout-to-walk ratio, allowing one free pass with 10 strikeouts in the win.

Junior closer James Giambalvo (Alhambra, Calif.) entered in the seventh and ended a Wofford scoring threat, stranding the tying and go-ahead runs on base with a clutch strikeout. Giambalvo finished with 2.1 scoreless innings for his sixth save of the season.

Senior Aaron Maher (Brentwood, Tenn.) went 2-for-3 on the day, driving in two runs with a single and a double to lead ETSU. Cook and sophomore Cade Gilbert (Ringgold, Ga.) added two hits each to lead ETSU’s 10-hit day.

Wofford opened with a run in back-to-back innings, taking a 2-0 lead through the first three innings.

ETSU evened the game in the fourth inning with a two run inning. With Ben Jackson (Guyton, Ga.) and Christian Bailey (Kingsport, Tenn.) on first and second, Maher lined one off the top of the high, right field fence and settled for an RBI double.

After Maher’s near homer put two runners in scoring position, freshman David Beam (Knoxville, Tenn.) allowed the tying run to score with an RBI groundout. Beam returned to the starting lineup for the first time since missing his last four starts.

A pitcher’s duel commenced between Simpler and Wofford’s Austin Higginbotham before ETSU gained its first lead of the game in the seventh inning.

With two outs and Gilbert standing on first, Cook hit his second double of the day with a gapper to left-center to drive in the go-ahead run. Maher extended the lead to 4-2 in the following inning with an RBI single to score pinch runner Ethan Rice (Erwin, Tenn.).

Giambalvo closed the door in the ninth to lock up the win.

The Bucs and Terriers return to the diamond tomorrow for the series and regular season finale. First pitch is set for 1 p.m.