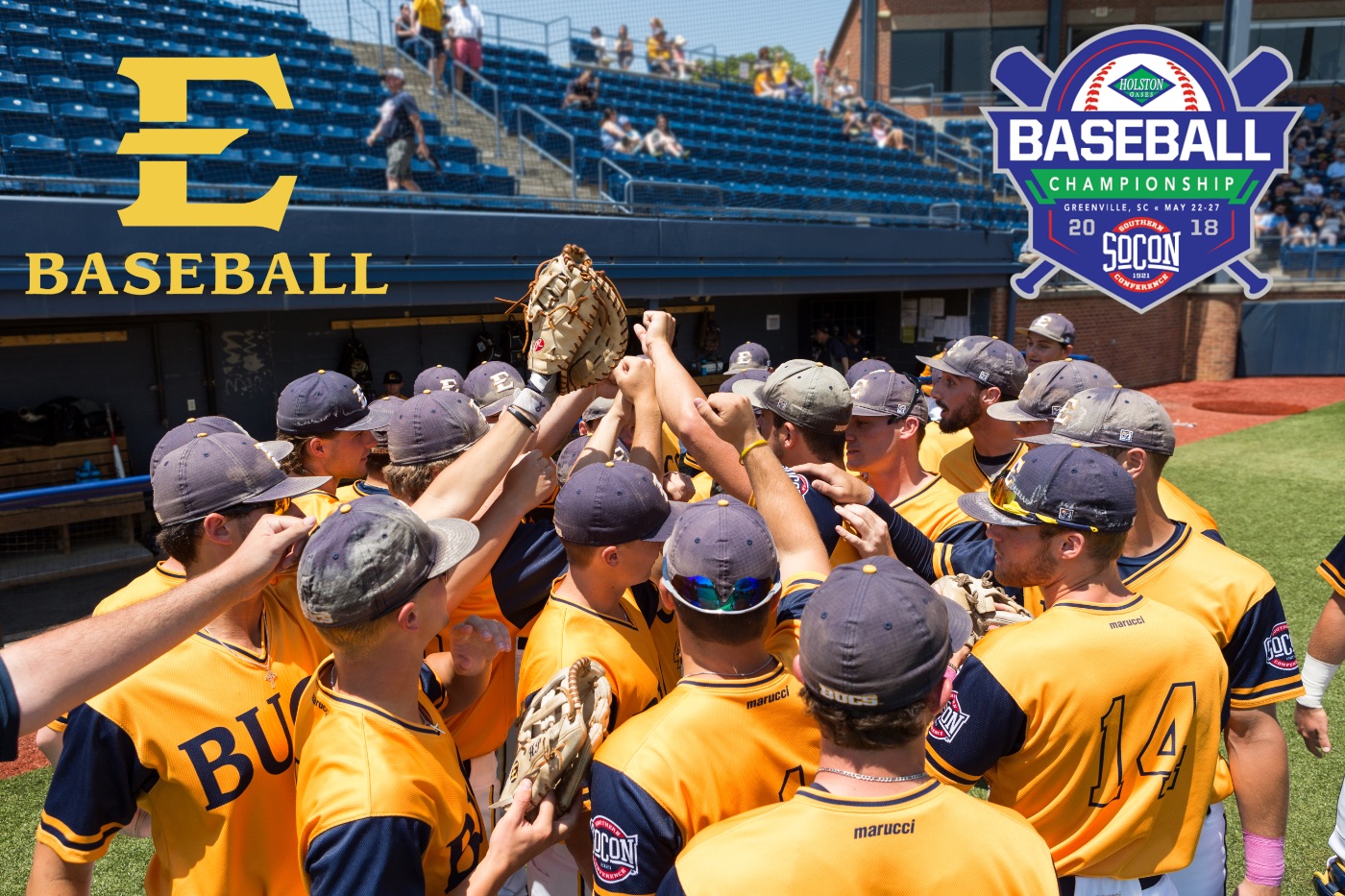 GREENVILLE, S.C. (May 22, 2018) – It’s tournament time in the Southern Conference, as the ETSU baseball team treks to Fluor Field in Greenville, S.C. to kick off the 2018 SoCon Baseball Championship tomorrow.

The No. 6 Bucs will face No. 3 Wofford in the first round nightcap, set for Wednesday night at 7:30 p.m. Three other games will be played tomorrow prior to ETSU’s opening contest.

Fans can also follow each game via live stats.

The Bucs are coming off an up-and-down weekend that ended the regular season with a bitter taste. After splitting the first two games vs. Wofford in Spartanburg, S.C., the Terriers shocked ETSU with a 9-8 come-from-behind walk-off win in extra innings.

With the loss, ETSU secured the No. 6 seed for the tournament this week and will have another crack at the Terriers tomorrow night.

Senior pitcher Ryan Simpler (Lewes, Del.) earned the final SoCon Pitcher of the Week accolade of the season for his efforts against Wofford. Simpler threw 6.2 innings in a 4-2 win, allowing a pair of runs, scattering seven hits and striking out 10 batters while walking only one.

Seniors Chris Cook (Kingpsort, Tenn.) and Aaron Maher (Brentwood, Tenn.) also turned in strong performances in the series. Cook led ETSU with eight hits and four runs on the weekend, while Maher went 6-for-11 with two doubles, a homer and a team-high five runs batted in.

For the second straight season, sophomore Cullen Smith (Lebanon, Tenn.) earned all-conference honors. Smith was ETSU’s lone representative on the All-SoCon second team for both the media and coaches — one year removed from his all-freshman team honors in 2017.

The freshman duo of Ben Jackson (Guyton, Ga.) and David Beam (Knoxville, Tenn.) each earned a spot on the all-freshman squad — a 12-member team of freshmen voted on by the conference coaches.

ETSU will seek its first-ever SoCon tournament victory this weekend. The Bucs won two regular season titles in its previous stint in the SoCon each in 1980 and 1981, making NCAA regional appearances both times.

The last time ETSU won a conference tournament title was in 2013 as a member of the ASUN. In that tournament, the Bucs went 4-0 in Deland, Fla., knocking off Kennesaw State in the championship game. ETSU also defeated No. 1 seed Mercer in extra innings during that tournament.

Since rejoining the SoCon for the 2015 baseball season, ETSU holds a 4-5 record in tournament action.

Three of the four wins came in last year’s quest, as the Blue and Gold advanced to the semifinal round as the No. 7 seed, knocking off No. 2 Western Carolina, No. 9 VMI and No. 6 Samford during the run.

*Tournament records since rejoining SoCon in 2015