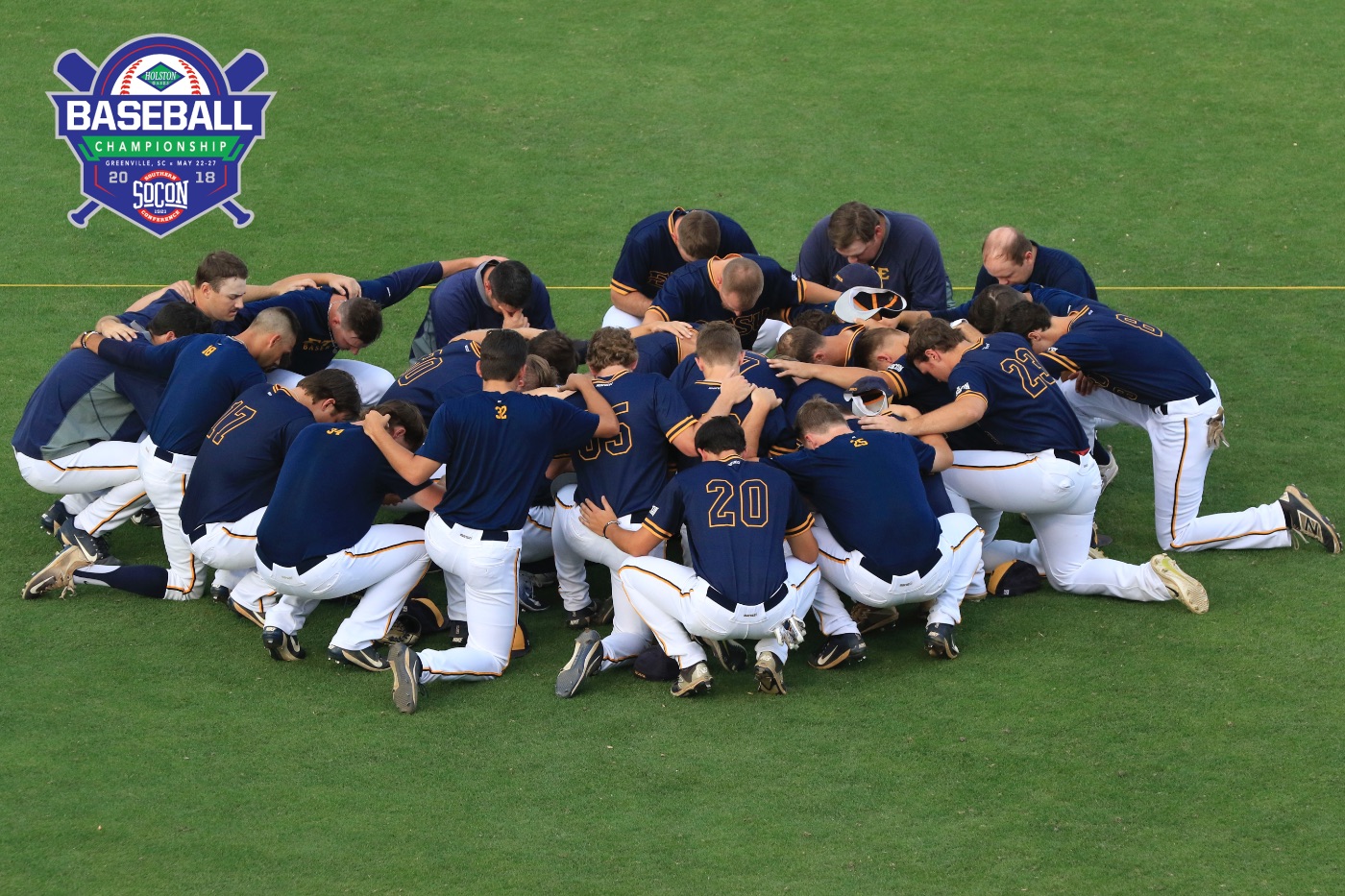 Bucs rally from a 7-2 deficit to force extra innings, will face Furman tomorrow at 12:30 in elimination game

GREENVILLE, S.C. (May 23, 2018) – The ETSU baseball team opened the 2018 Southern Conference tournament in heartbreaking fashion, rallying from a five run deficit only to fall in an 8-7 extra innings defeat to Wofford late Wednesday night.

Trailing 7-2 in the eighth, No. 6 ETSU put together a late comeback. Down to its final four outs, the Blue and Gold scored five unanswered runs to steal momentum and force extra innings for the first time in this year’s tournament.

In extras, No. 3 Wofford took advantage of a two-out error in the bottom of the 10th, scoring the go-ahead run, unearned, with an RBI double to escape with the win.

With the loss, ETSU falls to Game 7 of the elimination bracket and will look to survive against Furman tomorrow afternoon at 12:30 p.m. The winner of Game 7 will move on to face either Mercer or Western Carolina, while the losing team is eliminated.

In the five-run comeback, sophomore Cade Gilbert (Ringgold, Ga.) stroked his second RBI single of the game. Following him, sophomore catcher Jackson Greer (Knoxville, Tenn.) blasted a two-run homer over the green monster in left field, pulling the Bucs within two runs at 7-5.

Wofford put the pressure on in the bottom of the eighth, loading the bases with two outs. Junior closer James Giambalvo (Alhamba, Calf.) won a lengthy at-bat with Wofford’s Lawson Hill, forcing a groundout to work out of the jam.

In the final inning of regulation, Giambalvo pitched a flawless inning aided by strong defensive plays by Gilbert and Aaron Maher (Brentwood, Tenn.). A strikeout sent both teams to extras as a plethora of ETSU fans erupted with excitement.

Giambalvo (3-3) was tagged with the loss despite not allowing an earned run. He struck out five hitters with no walks in a clutch performance, allowing just two hits in his 2.2.innings of work.

To open the contest, the Bucs displayed solid defense early on, but a tough defensive miscue in the second inning allowed Wofford to gain the one-run advantage.

Wofford’s Colin Davis landed a center field ball past the diving glove of Hunter Parker (Chattanooga, Tenn.), as the ball bounced to the deepest part of the outfield. Credited with a triple, Davis rounded third and score the run on a throwing error for the early 1-0 lead.

After the Terriers added a run in the fourth, ETSU broke through in the fifth with a two-out RBI single to right field by Cook, scoring Cullen Smith (Lebanon, Tenn.) to make it a 2-1 ball game.

Upon Kaczor’s departure, Wofford added a two-run homer in the bottom of the fifth in an otherwise flawless inning by Russell Koesters (Kingsport, Tenn.) to extend the lead, 4-1.

The Bucs cut the deficit in half with another two-out RBI single in the sixth, as Gilbert knocked one through the middle to bring home Bailey for his first of two RBI singles. Bailey led off the inning with a double, setting up the run.

Wofford added three more runs in the next two innings, taking a 7-2 lead before ETSU began to march back in the eighth, sparking the exciting finish.