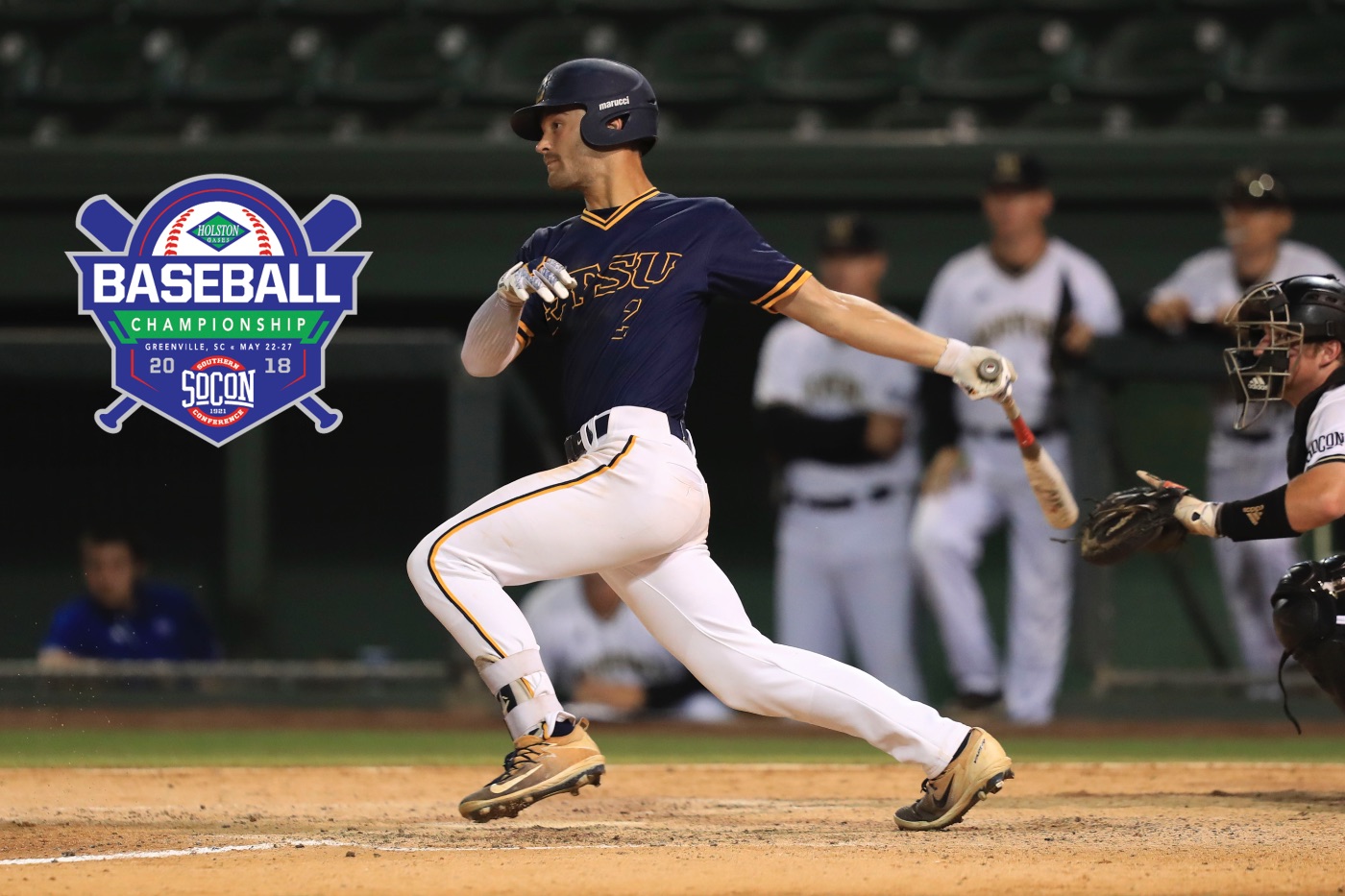 GREENVILLE, S.C. (May 24, 2018) – The ETSU baseball team advanced in the SoCon Tournament with a 5-2 win over Furman Thursday afternoon, eliminating the Paladins while staying alive in conference championship play.

With the win, ETSU moves on to face the loser of No. 9 Western Carolina and No. 5 Mercer tomorrow at 3:30 p.m. The Bears/Catamounts winner will be determined this evening.

Senior Chris Cook (Kingsport, Tenn.) made history in the contest, breaking the ETSU all-time career hits record with a first inning single. His 308th career hit pushed him ahead of ETSU legend Paul Hoilman (2008-11), who held the record for nearly seven years at 307.

Fellow senior Ryan Simpler (Lewes, Del.) tossed a complete game for ETSU, allowing just two runs on 10 hits. Simpler, who came into the tournament as the reigning SoCon Pitcher of the Week, struck out four with no walks in the win.

After Furman crossed an early run in the opening frame, ETSU brought home a trio of scores in the third inning to gain the advantage. Simpler would hold that third inning lead for the duration of the contest.

The Paladins added a fifth inning run to trim the deficit to 3-2. The one-run advantage for ETSU would hold until the eighth inning, as the Bucs added two insurance runs courtesy of an RBI double by Cade Gilbert (Ringgold, Ga.).

Cook, Bailey, Gilbert and Maher each had two hits and one RBI hit each in the contest to lead the Blue and Gold. Maher joined Cook with a milestone of his own, as his first hit completed marked No. 250 in his career. Freshman David Beam (Knoxville, Tenn.) also had two hits for ETSU to round out the 10-hit day with a single and double to his credit.

In the ninth, Simpler capped his complete game outing with a play at the plate for the final out. With a runner on first, Furman’s Sims Griffith singled to left field.

A momentary bobble by Ben Jackson (Guyton, Ga.) prompted base runner Bret Huebner to round third on the single. Jackson threw to Gilbert, who cut off the throw and allowed catcher Jackson Greer (Knoxville, Tenn.) to make the game-ending tag.

The victory marks the first time ETSU has defeated Furman in SoCon tournament play since rejoining the conference in 2015. The Paladins won the two previous meetings, including last year’s semifinal to eliminate ETSU and advance to the championship final.