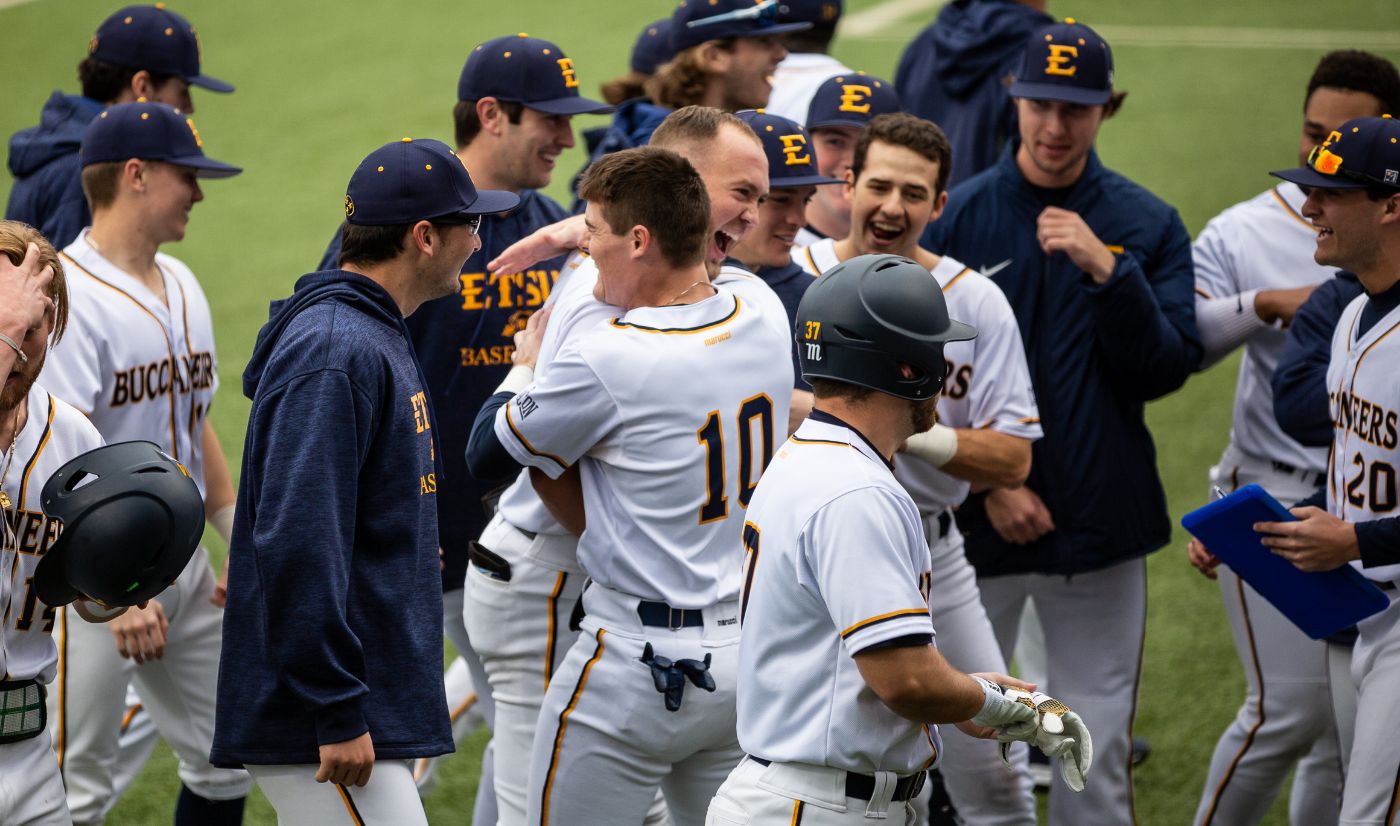 JOHNSON CITY, Tenn. (Feb. 15, 2019) – One swing of the bat made all the difference for ETSU on opening day, as a late two-run homer in the eighth inning propelled the Bucs to a 4-3 win over Iona at Thomas Stadium Friday afternoon.

ETSU had an answer in the bottom half, as junior catcher Jackson Greer (Knoxville, Tenn.) crushed a two-run homer off the top of the left field scoreboard to drive home Cullen Smith (Lebanon, Tenn.) and regain the lead.

“If Cullen didn’t get that hit ahead of me, I couldn’t have done what I had to do,” Greer said. “(Coming off the bat) it was one of them ‘no doubters.’ This was a very clutch team win.”

In the top of the ninth, senior closer James Giambalvo (Alhambra, Calif.) slammed the door with a 1-2-3 inning that included a groundout and two strikeouts to pick up his second straight opening-day save.

“These guys know that they have to count on the guy next to them — the guy behind him and the guy in front of him,” said ETSU head coach Joe Pennucci, who is now 2-0 in season openers. “That’s what we did. I think we were able to pass it along, get on base and get one in.”

The bullpen carried the lead into the eighth inning before Iona scored on an RBI double, followed by a bases loaded single that brought home the tying and winning runs. Freshman Colby Stuart (Elon, N.C.) recorded the final two outs to end the inning, officially earning his first collegiate win in a six-man effort on the mound.

Offensively, all but one of ETSU’s 10 hits came from juniors, as infielder Jake Lyle (Spring Hill, Tenn.) led the Bucs with a 3-for-4 day on a trio of singles in his ETSU debut. Smith and Greer each had two hits behind him from the third and cleanup spots.

The Bucs first run came in the fourth inning from junior designated hitter Ethan Cady (Soddy Daisy, Tenn.), who reached on a walk, stole second base and later attempted to steal third. An error on the throw over allowed Cady to come home unearned and open the scoring.

In the bottom of the seventh ahead 1-0, ETSU had three straight hits. After junior Noah Hill (Ringgold, Ga.) doubled to lead things off, freshman Ethan Shelton (Lebanon, Tenn.) moved him over with a perfect bunt and beat out the throw for his first collegiate hit.

Junior Cade Gilbert (Ringgold, Ga.) recorded ETSU’s first RBI of the season by driving in his fellow Ringgold native, giving the Bucs a 2-0 lead heading into the exciting eighth inning.

ETSU will look to win the series on Saturday as the Bucs and Gaels are set to play Game Two at 2 p.m. inside Thomas Stadium.