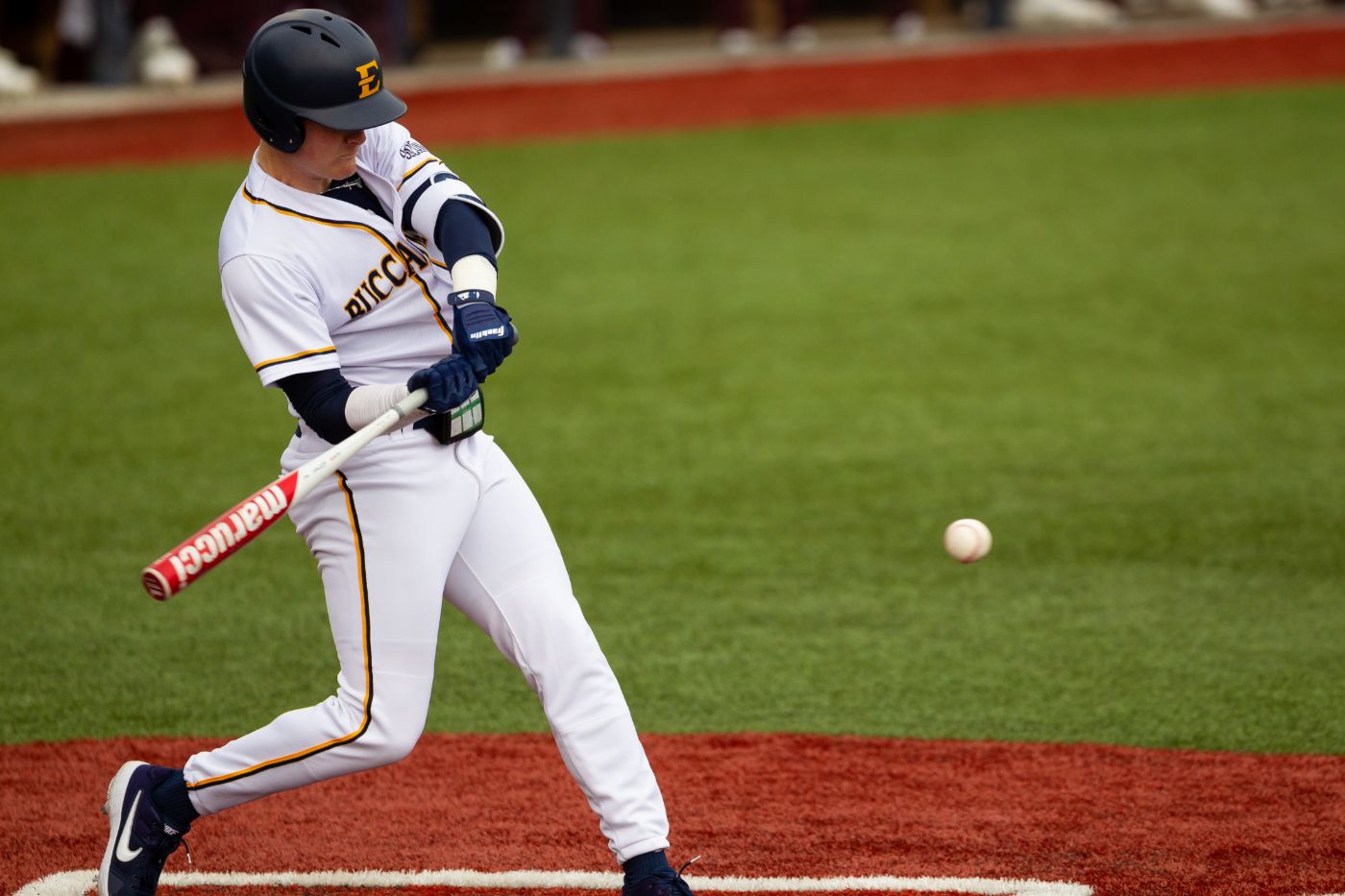 With the win, ETSU improves to 2-0 for the second straight season. With a win Sunday, the Bucs can also clinch their first opening series three-game sweep since 2005 over Niagara.

The Gaels jumped on junior pitcher Landon Knack (Johnson City, Tenn.) early with a three run inning, stealing the early momentum. Knack and the ETSU pitching staff would not spot another run after that frame, allowing the ETSU bats to come alive and take over.

A junior-heavy ETSU lineup saw Gilbert drive home Noah Hill (Ringgold, Ga.) on an RBI double in the second inning to chip into the deficit early. But the third inning would completely turn the tide for the Bucs.

With the bases loaded after three batters, Greer jacked his second homer in two games with a grand slam to left field, giving ETSU a 5-3 lead and a spark to the home dugout.

ETSU closed the third inning with six runs, as freshman Ethan Shelton (Lebanon, Tenn.) stroked a two-RBI single with runners in scoring position. The Bucs would double the 7-3 lead in the later innings, racking up seven more runs in the seventh and eighth innings.

Gilbert added RBI singles in his final two at-bats, leading the team with a 3-for-5 day. Junior Jake Lyle (Spring Hill, Tenn.) and freshman Markell Graham (Atlanta, Ga.) each had two hits, while freshman Colby Emmertz (Hampstead, N.C.) made his presence felt with a bases loaded double for the final three runs.

Two freshman would finish the game in their first collegiate appearances, as Trey Oglesby (Knoxville, Tenn.) notched a pair of strikeouts in the eighth and Nathaniel Tate (Manchester, Tenn.) closed the ninth with a flawless 1-2-3 inning.

The Bucs and Gaels are set to play the series finale on Sunday at 1 p.m. inside Thomas Stadium.