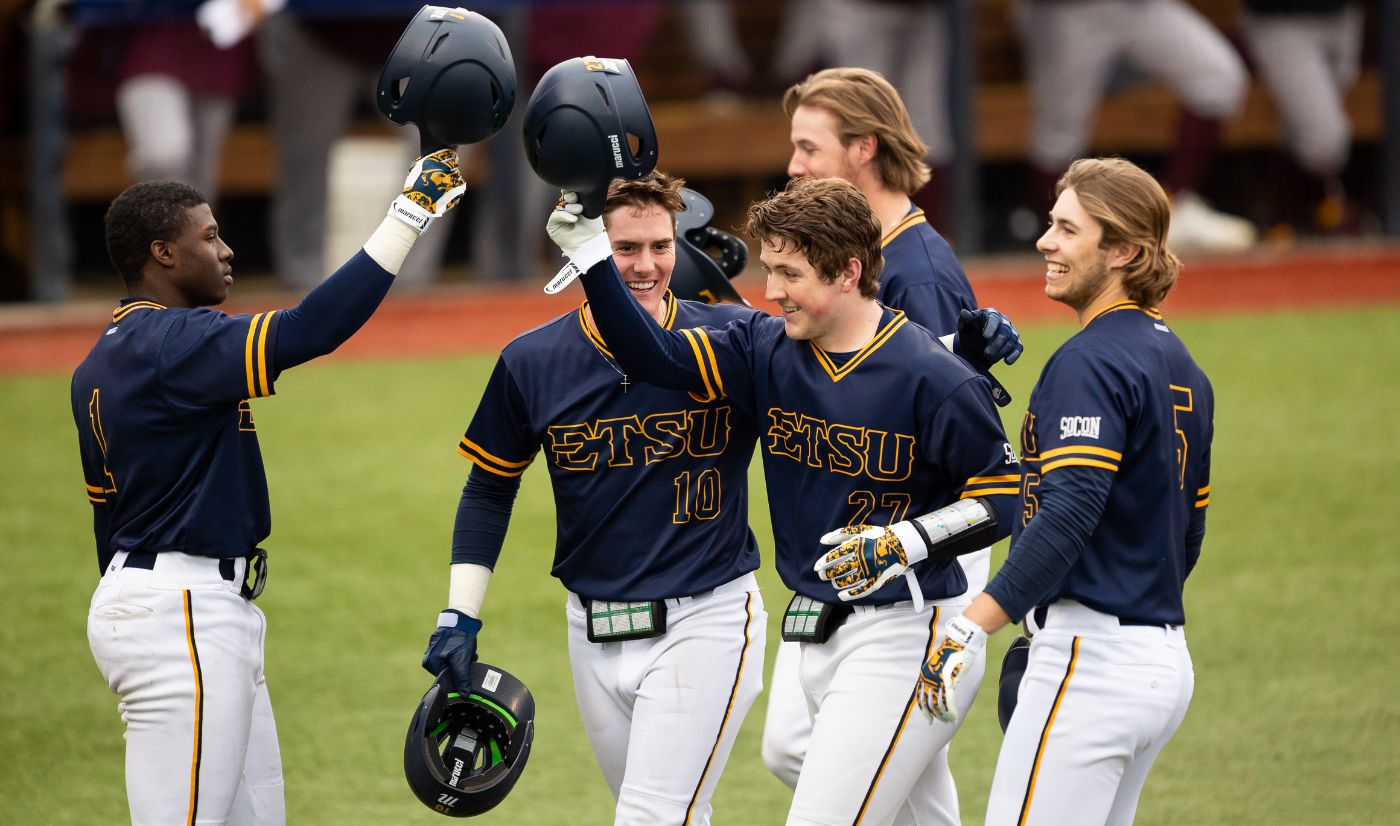 JOHNSON CITY, Tenn. (Feb. 17, 2019) – It was a perfect opening weekend for ETSU Baseball, as the Bucs once again brought the offense to close a three-game sweep of Iona Sunday afternoon with a 14-4 win.

The Buccaneer offense plated 14 runs for the second straight game, ending the series with three wins, 32 runs and 35 hits. An eight run eighth inning for ETSU sealed the game and the series.

With Sunday’s win over the Gaels, ETSU improved to 3-0 and notched its first season opening three-game series win since 2005 against Niagara. Furthermore, the 32 runs are the second most in a three-game set under Coach Joe Pennucci behind the 36 vs. Western Carolina last season.

Junior Jackson Greer (Knoxville, Tenn.) continued his remarkable production from the designated hitter spot, driving in three runs with a two-hit day. Greer finished the series with two homers, a triple and nine RBI after moving into both the cleanup spot and three-hole for the first time in his career.

Starting behind the plate for the first time in his career, freshman catcher Kyle Richardson (Zionsville, Ind.) found his first collegiate hit in a big way. Richardson drove home the final four runs with an eighth inning grand slam just inside the left field foul pole.

Tied at 1-1 heading into the bottom of the fifth, but the Buccaneer offense reignited.

ETSU had a three run frame in the bottom of the fifth and would go on to score five unanswered runs to take a 6-1 lead into the final three. After Iona added two runs before the stretch, the Bucs turned on the jets.

The Bucs will look to keep momentum rolling into next week with a midweek game against Virginia Tech on Tuesday, Feb. 19 at 4 p.m. in Blacksburg, Va. ETSU then returns home for the weekend with a three game set against Wagner Feb. 22-24.