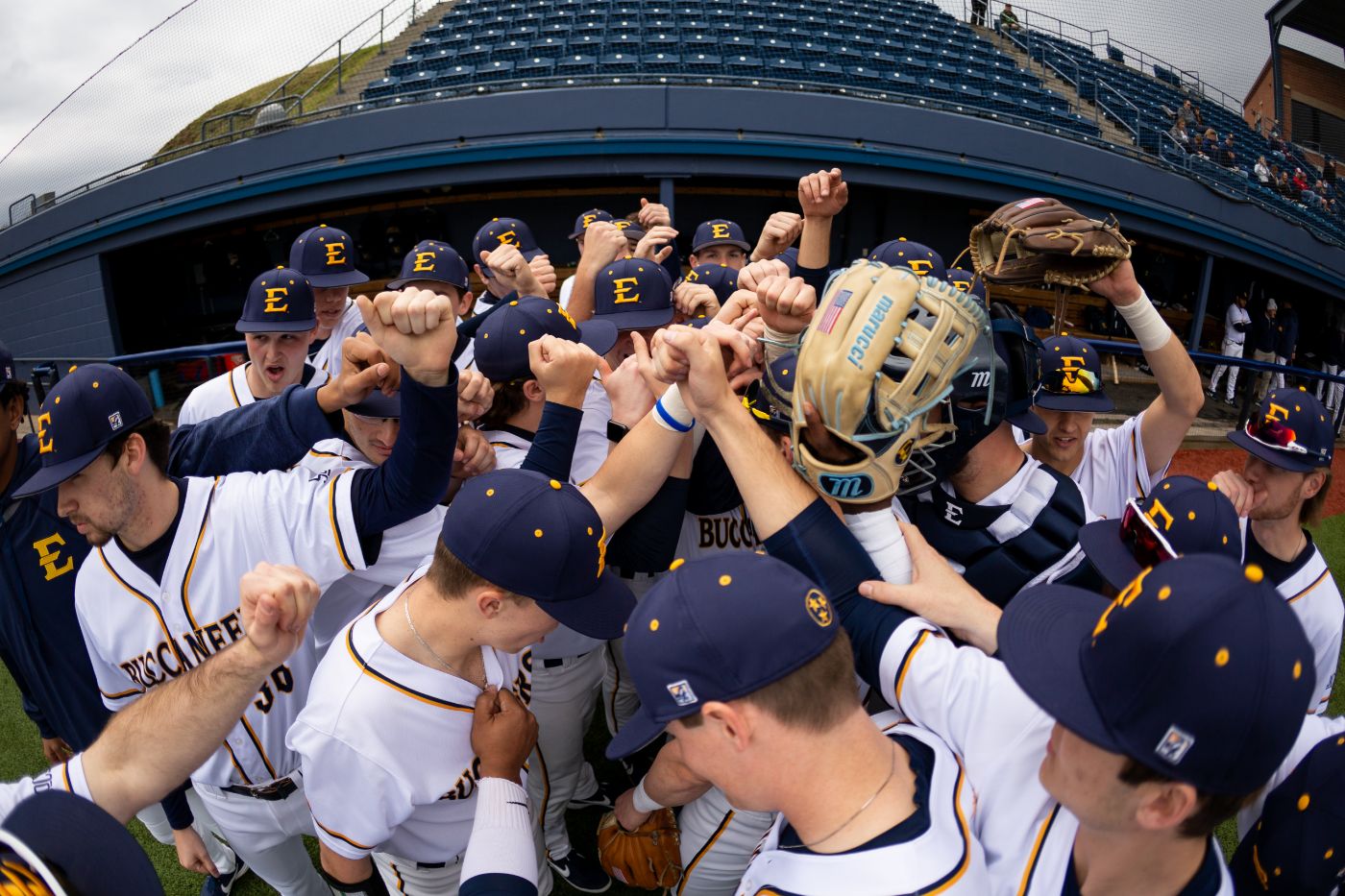 JOHNSON CITY, Tenn. (Feb. 18, 2019) – After a perfect 3-0 start to the season this past weekend, the ETSU Baseball team will hit the road for the first time to face a formidable foe in Virginia Tech Tuesday.

First pitch for the midweek contest has been moved up to 2 p.m., according to Virginia Tech Athletics in an announcement Monday afternoon.

Both teams enter English Field at Union Park Tuesday with 3-0 records, as ETSU will serve as Virginia Tech’s home opener.

Tuesday afternoon’s game will be streamed on ESPN’s ACC Network Extra. Live stats will also be available. Admission is free of charge.

The Bucs and Hokies have faced off 53 times in non-conference action, with Virginia Tech leading the series 35-18. The Bucs will also face VT in Johnson City later this season, marking the first home-and-home with the Hokies since 2015.

ETSU won the last contest between the two in 2017 with a 7-4 win in Johnson City. With that win, ETSU extended a five game winning streak in wrapping up a 12-game home stand at Thomas Stadium.

Opening weekend went about as good as it can for ETSU, as the Bucs earned its first three-game opening series sweep since 2005 with a trio of wins against Iona.

While opening day saw a tightly contested 4-3 win for the Bucs, the series clincher and finale were a whole different story. ETSU tallied 14 runs each on Saturday and Sunday to knock off the Gaels, 14-3 and 14-4.

The MVP of the week was junior catcher Jackson Greer (Knoxville) who batted in the cleanup spot on Friday and in the three-hole Saturday and Sunday — his first time batting in either spot in the order.

The Knoxville native went 5-for-12 for the week, jacking a grand slam, a two-run homer and a triple while driving home nine runs. Greer also had a 1.038 slugging percentage for his efforts. Defensively, he did not allow a stolen base the entire weekend, gunning down the only two attempts that both came on opening day.

Six players came away from the weekend with at least four hits and an average of at least .364, led by junior transfer Jake Lyle (Spring Hill) with seven hits and a .583 average. Fellow junior transfer Noah Hill (Ringgold, Ga.) had a great debut with a pair of doubles and a team-high six runs.

On the mound, ETSU maintained a 2.67 ERA while debuting 13 total pitchers. Among those were weekend starters Micah Kaczor (Washington, D.C.) and Daniel Sweeney (Johnson City) who each tossed 5.0 innings with no walks, four strikeouts and no earned runs.

Virginia Tech had a successful weekend in the RyCass Classic in Deland, Fla. by blanking Stetson, 5-0, charging past Manhattan,15-3 and edging Sam Houston State, 3-2, to jump to a 3-0 start.

The Hokies’ shutout of Stetson — a team who appeared in the NCAA Super Regionals last season — marked VT’s first opening day shutout since 1997. The staff limited Manhattan and SHSU to five runs for a 1.67 ERA and a .140 opposing batting average.

Offensively, freshman catcher Carson Taylor led the Hokies this past weekend with eight hits, four of which were doubles, and four RBI. Freshman infielder Kevin Madden and junior outfielder Kerry Carpenter each had four hits at Deland, Fla.

Virginia Tech will present a challenge for the Bucs at English Field at Union Park, as since 2010, the team is 7-2 in home openers. The Hokies are also 20-3 at home in the month of February all-time.