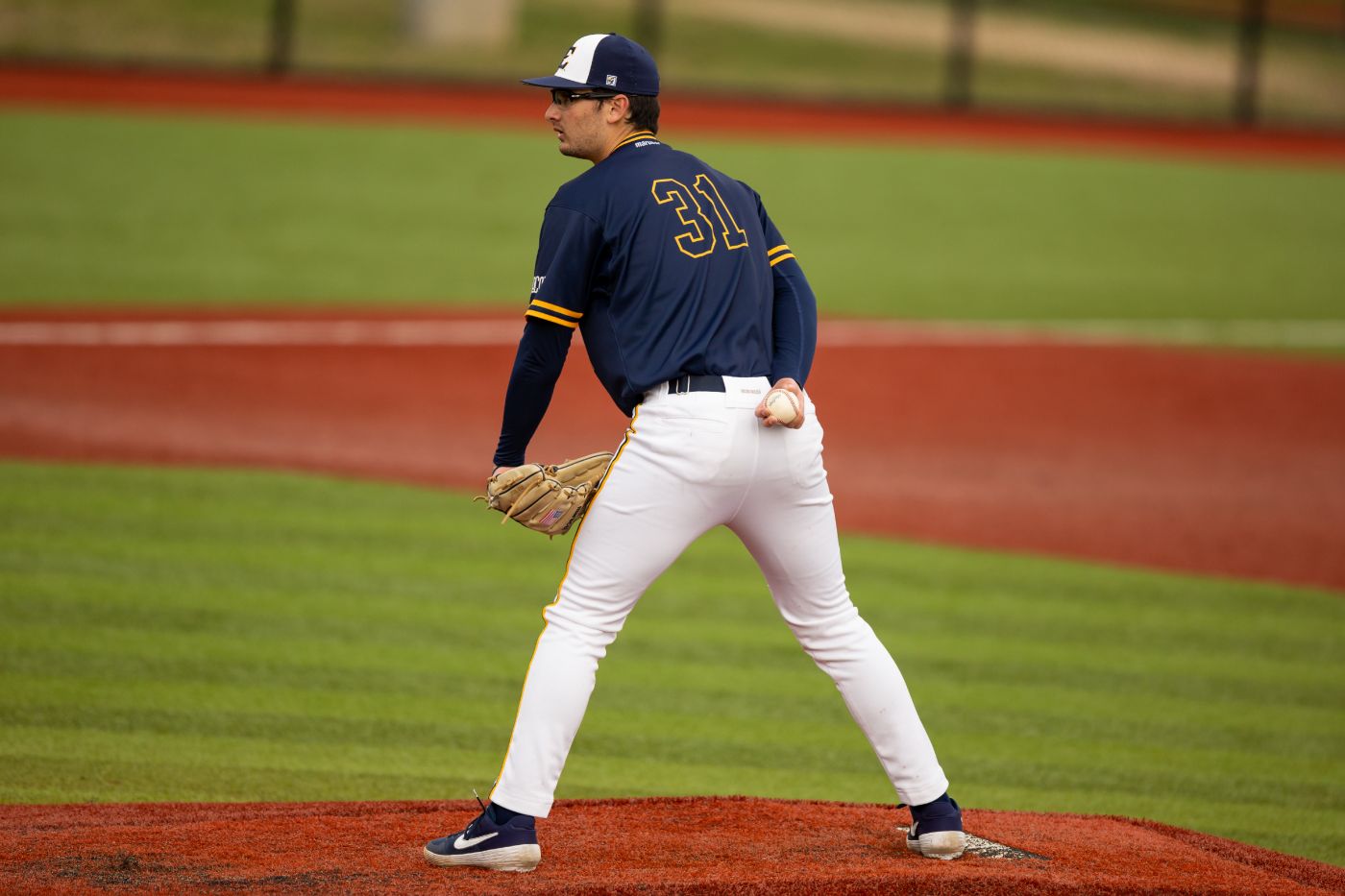 With the loss, ETSU falls to 3-1 on the season. The Hokies remain unbeaten at 4-0 against their fourth different opponent in four games.

ETSU outscored the home standing Hokies 3-2 in the final eight innings, but allowed seven runs in the opening frame to give Virginia Tech a hefty advantage. Hits were even at seven apiece, but VT used seven walks — four in the first inning — to produce its runs.

Virginia Tech secures the first of two games in the home-and-home series. ETSU will have its chance to return the favor on April 10 at Thomas Stadium.

Middle infielders Cullen Smith (Lebanon, Tenn.) and Cade Gilbert (Ringgold, Ga.) each had a pair of hits to lead ETSU. Smith's first inning double was the only multi-base hit of the contest for either team.

ETSU threatened with runners on the corners to lead off the game, but Virginia Tech kept the Bucs off the scoreboard and proceeded to tack on seven first inning runs.

The Bucs continued chipping their way back into the game with a second inning RBI single from freshman designated hitter Colby Emmertz (Hampstead, N.C.), followed by two runs in the fourth inning off a bases loaded walk to freshman Markell Graham (Atlanta, Ga.) and a fielder’s choice.

Appearing in first inning relief, freshman Zach Kirby (Upland, Calif.) inherited a bases-loaded situation with nobody out and would go on to only allow one hit. Fellow freshmen Trey Oglesby (Knoxville, Tenn.) and Nathanial Tate (Manchester, Tenn.) combined for their second scoreless outing later in the game with 3.1 innings between them.

The Bucs return home for another weekend series that’s set for Feb. 22-24 at Thomas Stadium against Wagner. Start times are scheduled for 4 p.m., 2 p.m. and 1 p.m., respectively, and are subject to change.

Sunday’s game will be ETSU Baseball’s Chili Cookoff, as fans are encouraged to enter their chili into the contest which will take place as gates open at 11:30 a.m. For details, contact Calvin Claggett at 423-439-5286 or at [email protected].