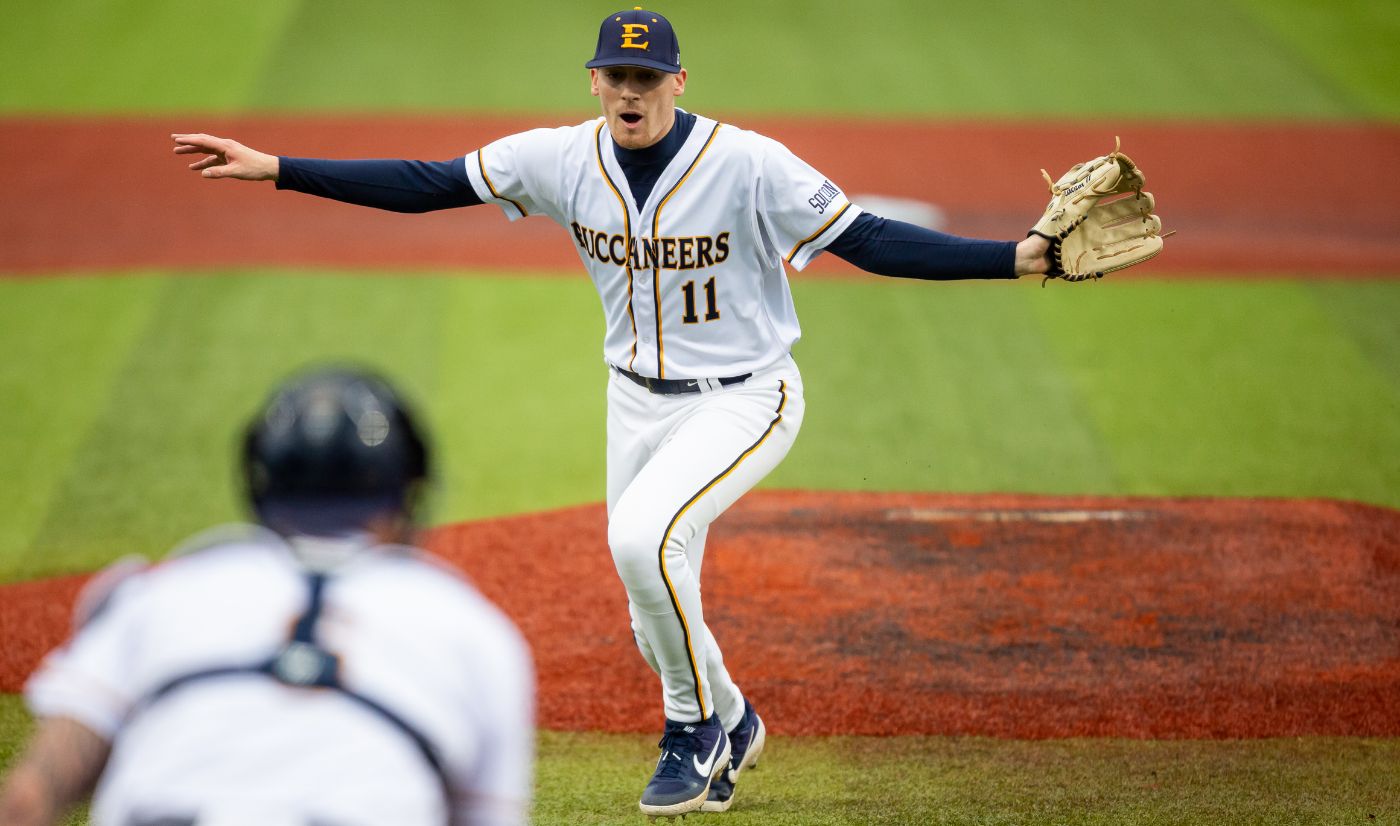 JOHNSON CITY, Tenn. (Feb. 23, 2019) – Six unanswered runs and a solid outing by senior Micah Kazcor on the mound led to a 6-1 series-opening win for ETSU Baseball against Wagner on Saturday afternoon.

With the win, ETSU improves to 4-1 on the season and remains undefeated through four home contests inside Thomas Stadium.

After allowing a two-out solo shot in the top of the first to give Wagner a 1-0 lead, Kaczor (Washington, D.C.) regrouped and completed seven strong innings of work. The senior ace gave up only two hits with one run, one walk and five strikeouts on 87 pitches.

The Buccaneer offense would tie things up in the second inning with a solo shot by junior Ethan Cady (Soddy Daisy) before tacking on five more unanswered runs to take the lead in the seventh and eighth innings.

Entering the game in the top of the eighth spotted a 3-1 advantage, freshman right-hander Nathanial Tate (Manchester) slammed the door with a six-up, six-down outing in the final two innings — including three strikeouts.

ETSU did its damage late, starting in the seventh inning with back-to-back RBI singles from Ringgold, Ga. natives Noah Hill and Cade Gilbert.

The final three runs came in the eighth on a wild pitch, followed by a two-run double by junior catcher Jackson Greer (Knoxville, Tenn.). With that hit, Greer extended his hit streak to five games and drove in his team-leading 10th and 11th RBI this season.

The Bucs will now look for the series sweep tomorrow against the Seahawks in Sunday’s double-header set to begin at 11 a.m. The series finale is scheduled to begin 45 minutes after the first game on Sunday.