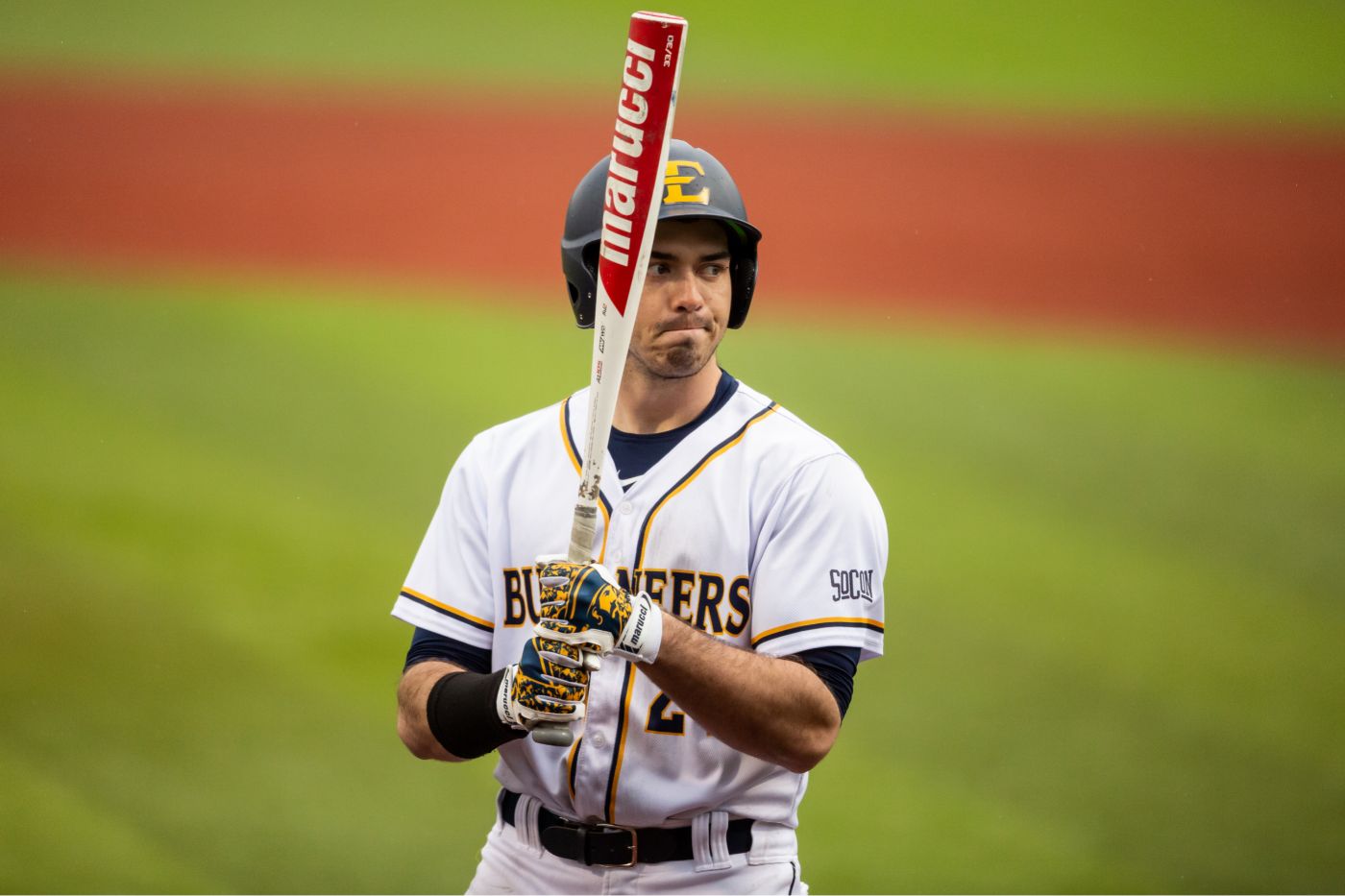 CLEMSON, S.C. (Feb. 26, 2019) – A nationally ranked Clemson team baffled ETSU’s offense with top-notch pitching, as the Bucs came up on the wrong end of a 14-3 score at Doug Kingsmore Stadium in Clemson.

With the loss, ETSU falls to 6-2 on the season. The No. 16 Tigers, who have been ranked for 48 consecutive weeks in at least one of the major NCAA polls, improved to 7-1.

The ETSU offense ran into a near-flawless outing from Clemson starter Keyshawn Askew, who tossed five innings with only one hit allowed in the win. The bullpen carried the shutout into the seventh inning.

Two of ETSU’s three hits came from junior right fielder Ethan Cady (Soddy Daisy), who had an infield single in the second inning and later drove in ETSU’s first runs with a three run homer. Junior infielder Jake Lyle (Spring Hill) had the other hit with a ninth inning double.

The Bucs finally broke through in the late innings after a pair of walks to Lyle and Cade Gilbert (Ringgold, Ga.), setting up the three-run shot by Cady to right-centerfield.

With a midweek matchup inside a top college ballpark, the Bucs took a young approach on the mound and threw five freshmen and a sophomore. Clemson would steadily add runs throughout the contest, highlighted by a seven run sixth inning.

This weekend, ETSU will look for a third straight sweep against a college from New York as LIU Brooklyn comes to Johnson City on March 1-3. ETSU’s promotion for the series will be Read Across America weekend, as fans are encouraged to bring books for ETSU Athletics to donate locally.