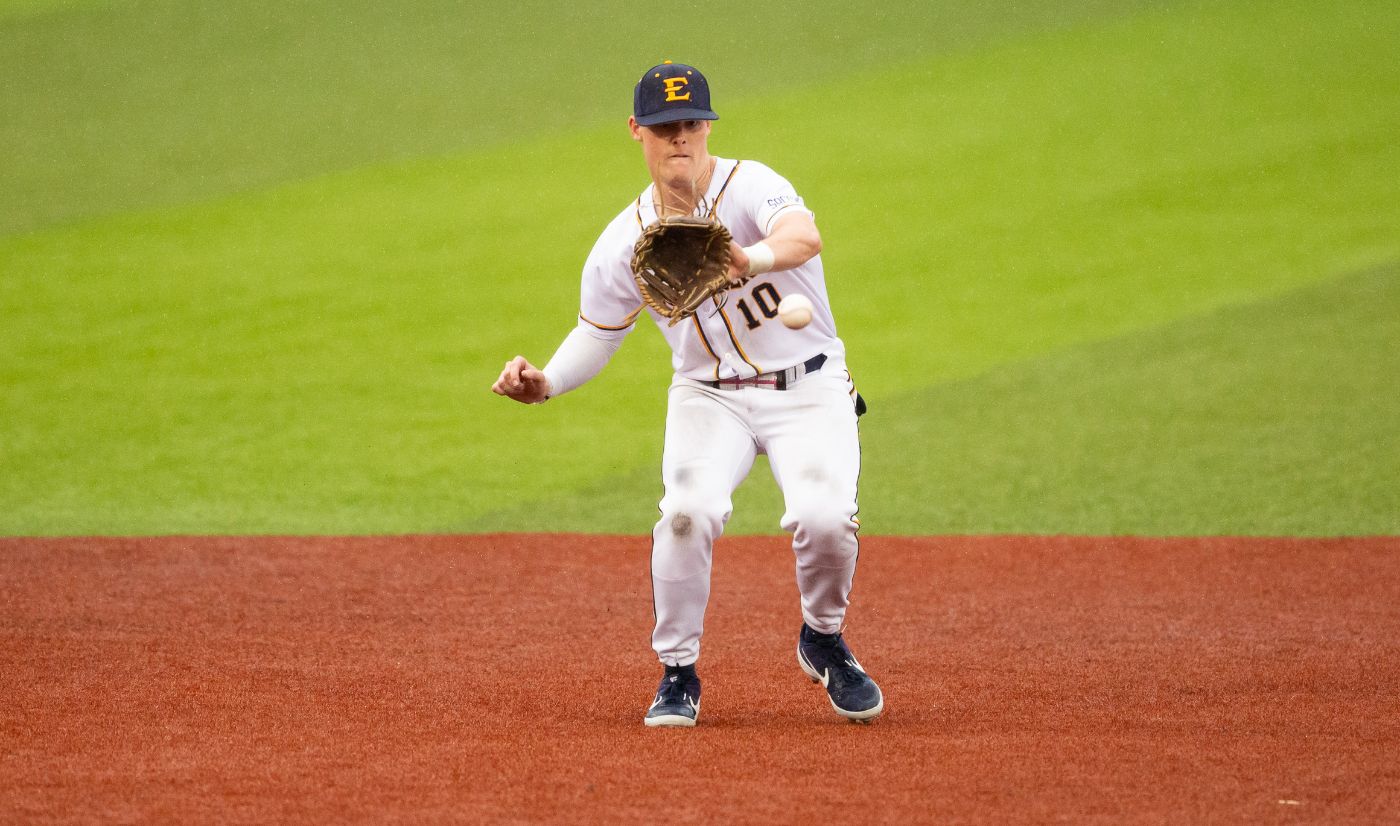 JOHNSON CITY, Tenn. (March 1, 2019) – The ETSU Baseball team continued its scorching start at Thomas Stadium on Friday, winning its seventh straight home game with a 10-3 victory over LIU-Brooklyn in the series opener.

The Bucs (7-2) turned in another complete performance both on the mound and at the plate, punching out 11 hitters while recording 13 hits at the plate.

In seven home games, ETSU has outscored its opponents 59-18. The Bucs are now looking for their third straight sweep, a feat that has not been accomplished by ETSU in at least over 30 years, according to available records dating back to 1983.

In his third start of the season, senior ace Micah Kaczor (Washington, D.C.) pitched a strong outing with 6.2 innings, striking out six with only one earned run allowed. Earning the win, Kaczor is 2-0 on the season and holds a 0.96 ERA.

Closing things out on the mound, freshman Trey Oglesby (Knoxville) entered in the seventh inning and punched out five hitters through 2.1 innings. He allowed two runs off a homer, but only one hit in relief.

Eight of ETSU’s nine hitters found the hit column, led by hot-swinging junior Cade Gilbert (Ringgold, Ga.) with his third three-hit game of the 2019 campaign. Juniors Cullen Smith (Lebanon) and Jake Lyle (Spring Hill) had a pair of hits at the top of the order, while freshman Colby Emmertz (Hampstead, N.C.) had two from the designated hitter spot.

The game started with a bang for the Bucs, Jackson Greer (Knoxville) jacked his fourth homer of the season in his first at bat. ETSU had four hits in the first inning, setting the tone early.

LIU-Brooklyn would strike in the second inning with an RBI groundout following a triple, but Kaczor would buckle down and hold the Blackbirds to just three hits with no runs the rest of his outing.

ETSU tacked on three runs in the second inning to take a 5-1 lead, coming on back-to-back bases loaded walks and an RBI single by Gilbert to drive in Smith.

Four more runs would touch in the fifth inning, as Gilbert, Emmertz and Noah Hill (Ringgold, Ga.) opened the frame with three straight hits to load the bases. Smith did some damage with a two-run single, followed by a wild pitch that scored Markell Graham (Atlanta, Ga.) for the ninth run.

LIU-Brooklyn found two more runs on a homer by Alex Briggs in the eighth inning, but ETSU capped the game with another run and a pair of strikeouts for the final two outs the following frame.

The Bucs and Blackbirds will now close the series with a double-header, scheduled to begin Saturday at noon inside Thomas Stadium. The series finale will begin approximately 45 minutes after the noon game.