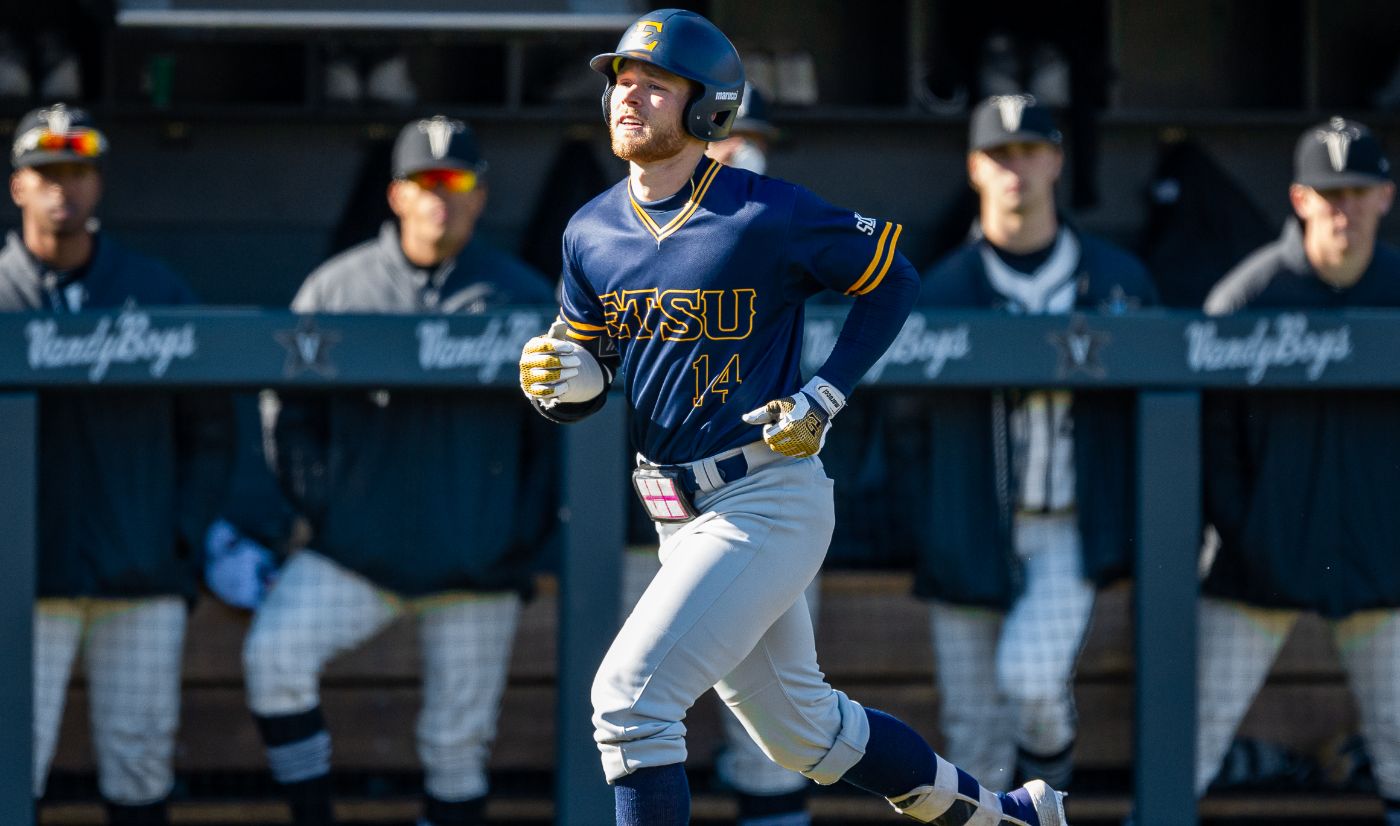 NASHVILLE, Tenn. (March 6, 2019) – ETSU Baseball found itself in a tight game early on against the nation’s top-ranked team, but Vanderbilt proved to be too much for the Bucs on Wednesday, taking a 12-4 victory at Hawkins Field.

The Bucs fell to 9-3 on the season, while the Commodores improved to 11-2. All three of ETSU’s losses have been on the road against Power 5 opponents — two of which are ranked in the Top 25.

Five Buccaneers recorded a hit on the day, including two multi-base hits from junior right fielder Ethan Cady (Soddy Daisy). Cady had an RBI triple in the fourth inning before gapping a double in the eighth.

The most memorable hit came from junior Cullen Smith (Lebanon), playing just outside his hometown. Trailing 4-0, Smith clubbed a three-run homer in the third inning to spark the visiting dugout. The momentum would not last though, as Vandy proceeded to add eight runs.

Following one time through the lineup, junior third baseman Jake Lyle (Spring Hill) singled for ETSU’s first hit of the day in the third inning. Smith took advantage of two base runners — Lyle and one other from a hit batter — with the three-run blast to right center to pull within a run.

Vanderbilt would find more breathing room in the bottom half of the inning, padding the lead with a four-run third inning and a solo blast in the fourth. ETSU’s lone run in that span came from Cady’s triple, driving home Cade Gilbert (Ringgold, Ga.).

The Bucs threatened facing a 9-4 deficit in the fifth, but could not bring home the runs as they stranded the corners. Vandy went on to shut down ETSU’s production while adding three more.

Vanderbilt has now posted double-digit runs against its sixth different opponent this season.

Freshman lefty Daulton Montagna (Pennsville, N.J.) took on most of the load in relief against the top-ranked team with a new career long outing, pitching 4.0 innings to lead the staff. He allowed three earned runs but totaled five strikeouts without a walk.

ETSU will now travel straight to Atlanta for its first non-conference road series of the season at Georgia State on March 8-10.